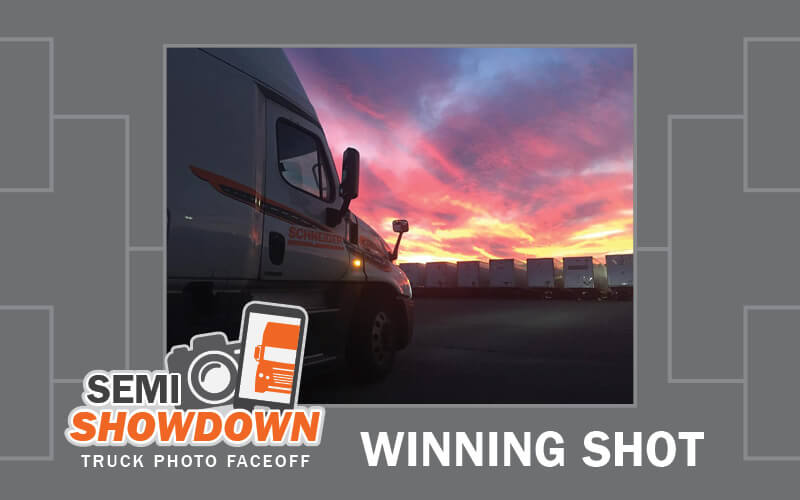 The prize and the contest

Mike’s photo was one of over 100 submitted during the Feb. 25 – March 8 contest entry, and one of 16 seeded into the final bracket, which featured four regions. Voting coincided with the NCAA Division I Men’s Basketball Tournament.

Mike won a prize package, including:

In his generosity, he gifted the tote bag to Niki for her runner-up finish.

Check out the full bracket and the latest contest 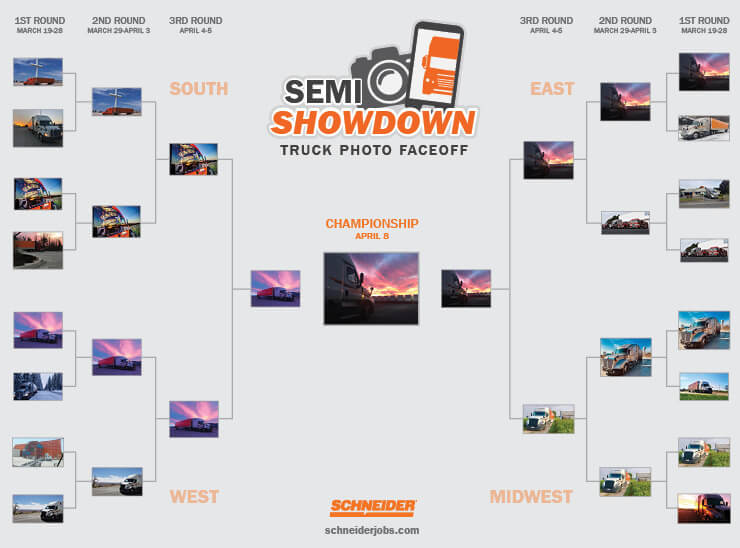 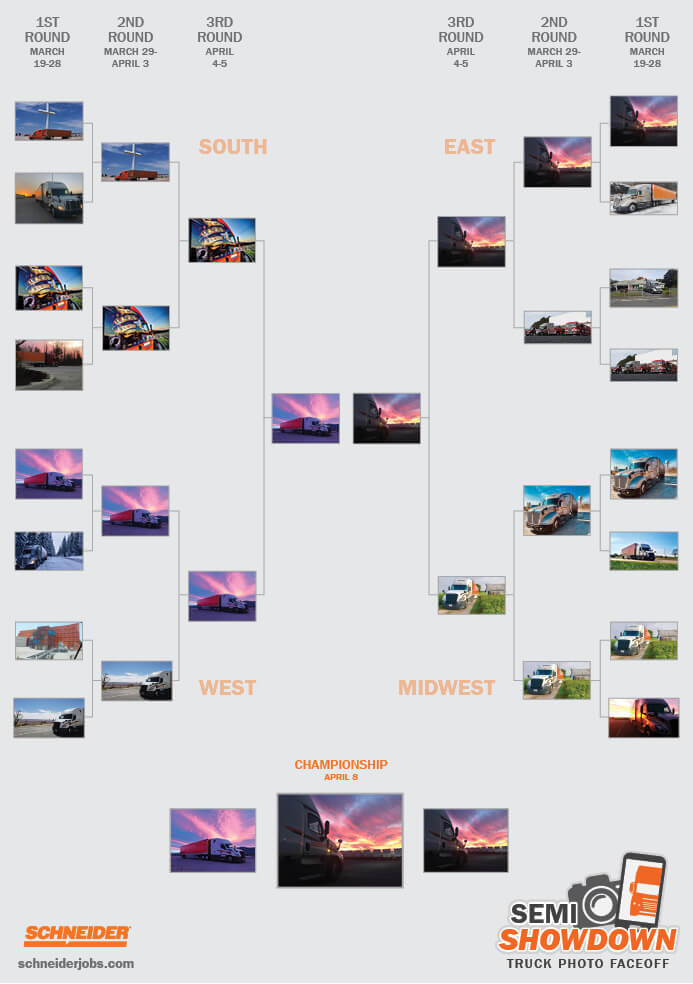 If you didn’t get a chance to submit a photo for the contest but would still like to share it, you can message or comment anytime on our Schneider Truck Driving Jobs Facebook page. 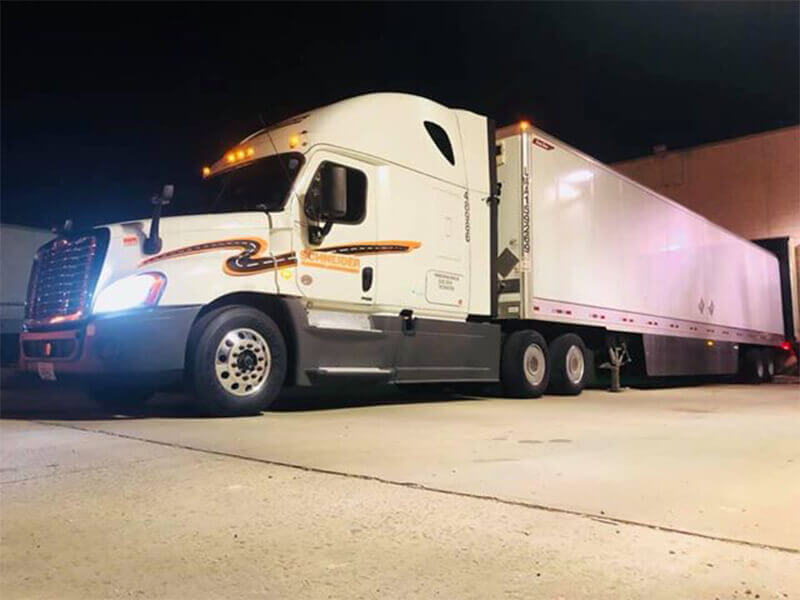 (photo is another from Mike during that time)

Mike wouldn’t call himself a hobby photographer, but he said, “if I see the opportunity to capture a moment, I will definitely take advantage of it.”

That’s exactly what he did with his winning photo taken during an evening pre-trip inspection:

“I walked around the side of my truck, saw the awesome sunset and had to snap that photo. Pittston, Pa., always has great sunsets in the summer.”

Mike is a Schneider driver with an awesome career advancement story:

“I did a lot of research on trucking companies during school and I found nothing but great things about Schneider. I went on the Schneider website and found a Lowes [Dedicated] account out of Pittston, Pa. I started there in November of 2015 and I have been with Schneider since then.”

Originally from New Jersey, Mike was looking to get back there, and he recently switched divisions to become a Schneider Intermodal driver in Kearny, N.J.

Congratulations to Mike on an awesome career progression story and for winning Schneider’s photo contest!

Want to be like Mike? Make your next career move.

Whatever you’re looking for in a career — bounce back from a job loss, move closer to family, earn more — Schneider has options. Explore them all and get started.

Schneider's bracket challenge gives you the chance to both be the winner and vote on the winner,...

After nearly 2,000 votes throughout the tournament, “Orange Mania: Schneider Facility...

It's bracket season, and Schneider is proud to announce a bracket challenge of our own, "Orange...
Job Alerts