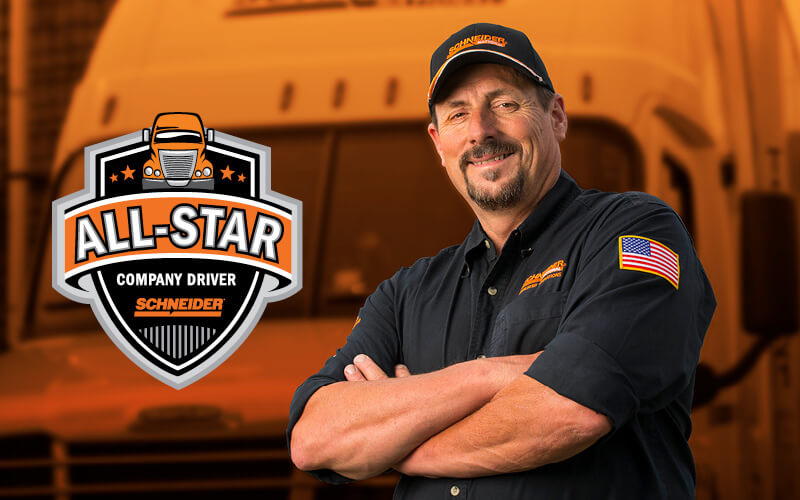 If you had asked Schneider Van Dedicated driver Rod Ehrhardt 25 years ago if he ever imagined a career in transportation, you would have heard a decisive “no.” Rod’s first and forever loves are agriculture and farming. He grew up on a dairy farm and worked with his father in the family business for 14 years.

When farming got tough, Rod knew he needed to act to support his family. He tried other jobs, but when he saw a Schneider ad in the paper, Rod called for an application. When it arrived, the usually ambitious Rod dragged his feet before taking the next step.

“It was a hard decision to make,” Rod said. “It stayed on the coffee table until one day my wife finally told me to either fill it out or throw it out.”

He sent in the application, and in March 1996, Rod became a Schneider driver. 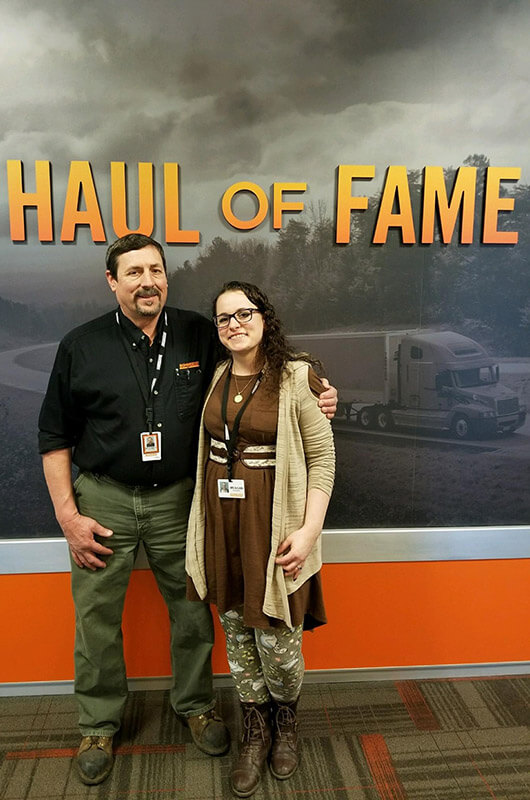 Twenty-three years later, Rod has driven more than 2 million miles, is considered a Schneider All-Star and even has a daughter, Meagan, who also works for Schneider as an Area Planner. Rod was also inducted into the Haul of Fame in 2018 - an accomplishment he is proud of.

“When I first started driving, I thought it was impossible to become a million-mile driver, but I’ve never been one to settle for average,” Rod said. “When I’m on the road, my goal is to deliver the loads safely, so I can get back home.”

Rod’s advice for others interested in becoming truck drivers or making the switch to Schneider is simple: talk to people currently driving for Schneider.

“Find out as much as you can about the company,” Rod said. “Get support and build relationships. When you come to Schneider, don’t be afraid to talk to the other guys. If you have questions, 98% of drivers will be willing to help.”

Having time to cultivate his passion

The aspect of his driving career that Rod likes most, though, is the fact that it allows him plenty of time to pursue his passion: working on his hobby farm. There, he raises beef cattle and sheep and tends to a huge garden.

“I have around four weeks of vacation each year,” Rod said. “I rely on those extra days to spend time on the farm bailing hay, planting crops – whatever needs to be done.”

Home is where the heart is 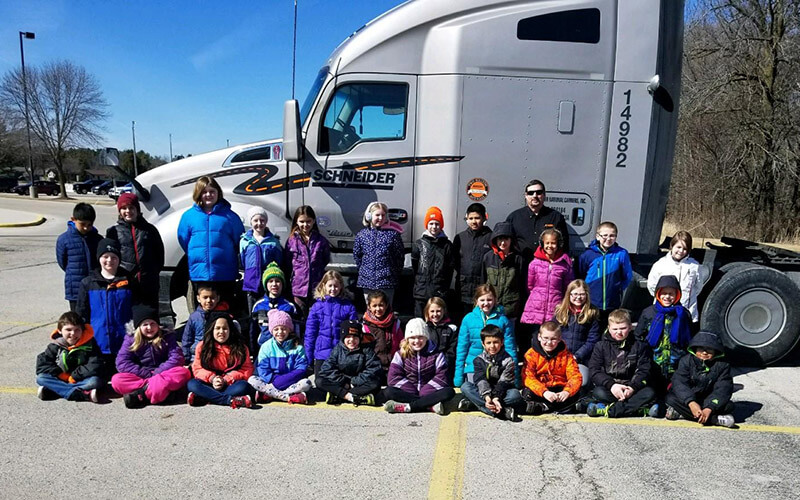 Although being a Dedicated driver offers consistent home time, Rod’s account and supplemental freight sometimes take him out of the state. One of the things Rod loves the most about traveling cross-country is seeing other people work on their land and checking out the crop growth.

“Seasons occur at different times in the country outside of Wisconsin,” Rod said. “I get to experience spring and summer earlier than I would if I didn’t travel out of state and see the different types of crops and fields. I can keep an eye on what’s going on in agriculture.”

And when Rod feels homesick, he turns on his XM radio to tune into a Milwaukee Brewers game.

“There’s something comforting about hearing Bob Uecker on the radio no matter where I am,” Rod said. “You get to listen to people from home talking about home things.”

Schneider's All-Star Team Drivers talk about how they found success in driving semi-truck and why...
Job Alerts