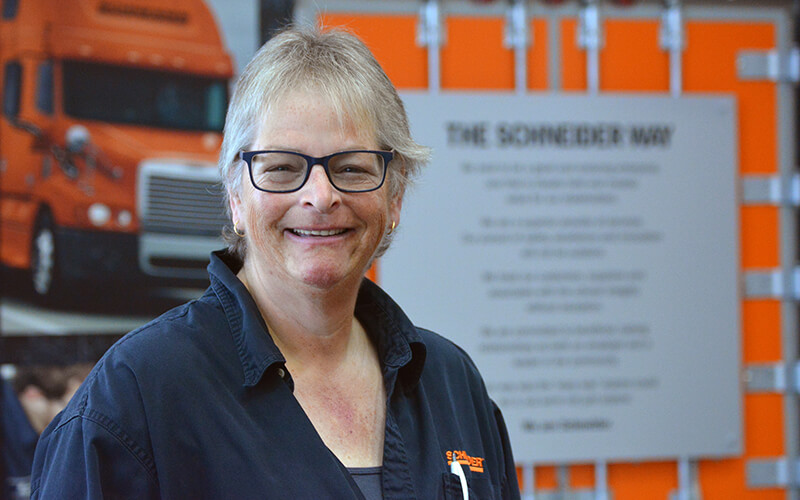 Nan Cunningham didn’t know she was Schneider’s longest-tenured female driver until being told just a couple of weeks before traveling to Green Bay for Associate Appreciation Week to be honored in June.

“I was pleased to be recognized,” Nan said. “I like what I’m doing. I hope I’m retired in less than 10 years, but I’m just going to stick with it for as long as I can.” 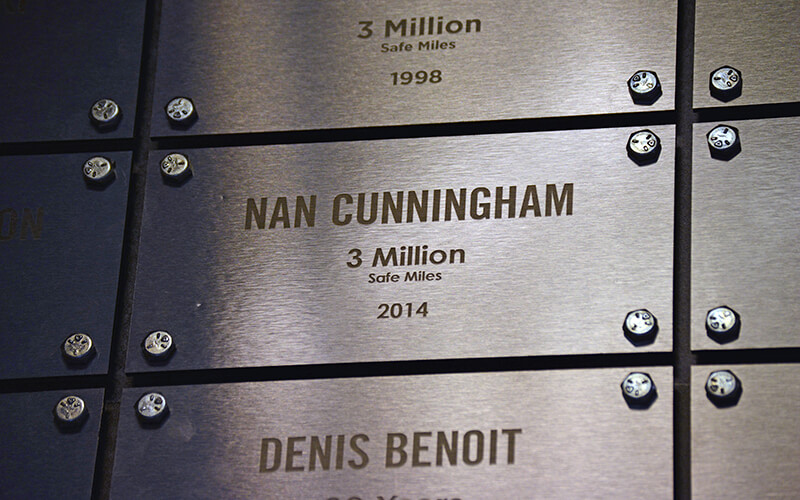 A -million-mile safe driver based out of the Harrisburg, Pa. operating center, Nan started at Schneider in 1989 and is currently an intermodal driver.

“When I first started, I was not the norm,” Nan said. “Less than five percent of drivers were females, and a lot were running teams with their husbands. I was the novelty. People would line up along the docks to watch me back in to see how I was doing. It was a little nerve-wracking.”

Nan said she’s seen an increase of female drivers, especially at Schneider, over the years. In fact, Schneider now has nearly 1,000 women driving. She mentioned that women make great drivers because of their patience and she hopes more consider joining the field.

“It’s a good career path for anyone who’s interested in logistics or transportation,” Nan said. “We get equal pay for equal work. It’s a challenge, but it’s fun out on the road.” 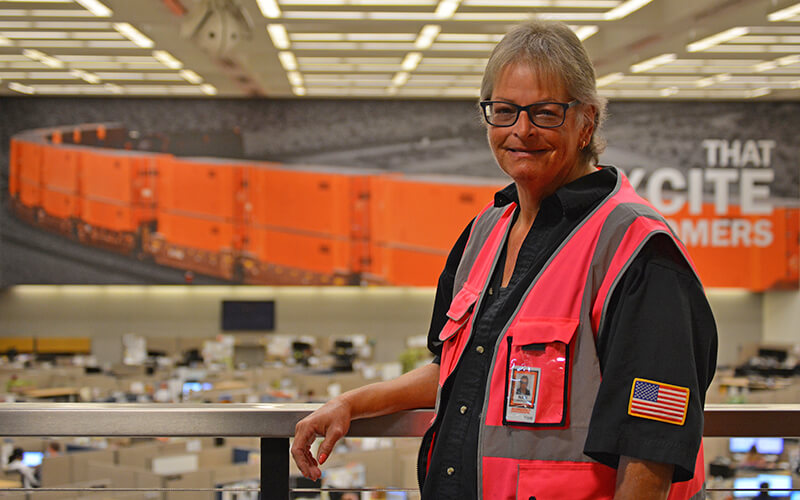 She has found there’s a lot to like about trucking – having freedom, seeing the country and making new friends. Like all jobs, there are challenges Nan said she faces daily.

“None of it is easy,” Nan said. “You need to constantly be focused on the road. Other drivers are constantly moving into my safety cushion zone. Four wheelers will zoom back over in front of you and not leave but three coats of paint worth of space.”

Her number-one piece of advice to new truck drivers: be confident.

“It gets easier as you go along,” Nan said. “When I was new, it was scary being out on my own. The skills come along as you practice them. Just be confident and stay the course.”

You could be one of the nearly 1,000 women to join Schneider. Learn more about why women drivers choose Schneider and how you could be next.

Eight female intermodal drivers share their tips for fellow women truck drivers on how to be...

Four of Schneider's one-million-mile women truck drivers share their experiences out on the...
Job Alerts