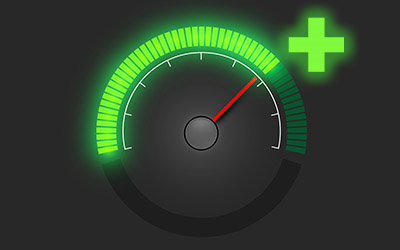 Operating safely and efficiently is at the core of the work we do at Schneider. Utilizing technology to help achieve these goals is also in our DNA.

After performing extensive analysis and considering driver feedback, we determined that we could increase the speed stance without sacrificing safety while offsetting the fuel cost impact of operating at a higher speed. Important factors in the analysis included our recent and ongoing investments in safety, engine and aerodynamic technology and lower, stable fuel prices. For the same reasons, it also seemed like the appropriate time to adjust our overspeed calculations.

For solo Van Truckload, Tanker and Dedicated drivers, we will be also adjusting our overspeed measurements as follows:

How will this affect how Schneider’s performance bonus is calculated?

The short answer is: drivers’ performance bonuses will be calculated exactly the same way; however, the standard will be adjusted the week following the truck’s update. Driver scorecards, which are always available to drivers through in-cab technology, will reflect the new standard for trucks after the first of the year.

Why 63 mph for the speed stance?

In short, it’s the sweet spot. Schneider has had speed stances ranging from 55 to 65 mph depending on a variety of factors. Recent and ongoing investments in safety, miles per gallon (MPG), fuel cost, driver time, customer demands, industry standards, state speed limits, equipment specs and more have to be considered in the analysis of the speed stance. Consider MPG, for example: Every one mph slower than 65 saves a tenth of an MPG, and a tenth of an MPG can mean millions of dollars in a fleet Schneider’s size. That money can instead be used to fund more driver earnings and investments in our business. Now, tractors are more efficient, fuel costs are lower — plus, drivers have asked for this change. Simply, 63 is the right number based on all the variables we weigh.

Is a three-mile per hour increase really going to matter to me?

It should! It has the potential to mean more mileage and pay potential for drivers. An Over-the-Road driver could drive 30 miles farther in 10 hours. Those extra miles add up — and of course more miles means more money for drivers.

Why aren’t any Intermodal tractors being updated?

We analyzed the expected implementation impact across all lines of business and we determined that Intermodal drivers spend fewer work hours driving and fewer of their driving hours at highway speeds. Because of this mix, an increase in speed had no significant impact on the factors we evaluated. Since there was no change in Intermodal’s speed stance there was no change in overspeed calculation either. Instead of changing speed, Intermodal is focusing on reducing non-driving hours by doing things like implementing company-owned chassis at all ramps (which has been shown to increase driver productivity by 9 percent) and improving ramps and customers where delays occur.

Drive for a company that cares.

At Schneider, we put the safety of our truck drivers first. Apply now.

Do you have any additional questions about the speed stance change?

Rob Reich is senior vice president of equipment, maintenance and driver recruiting at Schneider. Reich began his professional career with Schneider in 1992 and has since served in several leadership roles. Prior to joining Schneider, Reich served as a lieutenant in the U.S. Army. Reich served in Desert Storm and successfully led a 63-soldier signal platoon with no resulting casualties. Reich holds a bachelor’s degree in electrical engineering from Pennsylvania State University and a master’s degree in business administration from the University of Wisconsin–Oshkosh.

Overcoming challenges to a healthy trucker lifestyle on the road

The truck driving industry presents several challenges to establishing a healthy lifestyle, but you...

Looking for ways to change up your truck driver workout? A previous Schneider driver demonstrates...

Matt Lajoie: Reaching a goal he never thought he would

Matt Lajoie just wanted to make it to one year as a truck driver. Today, he's been at Schneider for...
Job Alerts