Bob and Susan Tyler: A team on and off the road 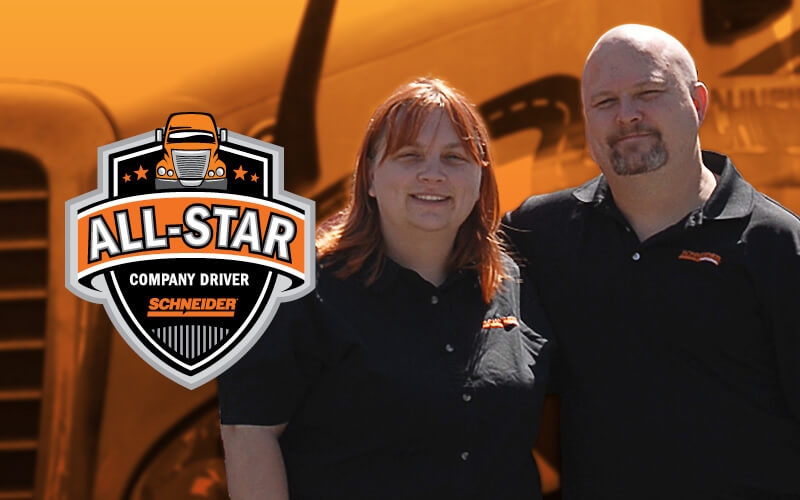 Bob and Susan Tyler are not only a team at home, but they’re also Team drivers for Schneider while they’re out on the road. Following 10 years of driving solo at other companies, this husband and wife pair from Williamsport, Va. joined Schneider in 2012 and are considered All-Stars.

“We both love driving and were together most of the time anyway, so we thought we would give team driving a shot,” the Tylers said.

Their journey to Schneider

Prior to joining Schneider, Bob and Susan said they struggled to make ends meet. They experienced little room for advancement while competing with other drivers for limited mileage at another trucking company.

“We had heard great things about Schneider, but we were a little nervous to make the leap,” the Tylers said. “What we can say is the grass really is greener for us at Schneider. We have a great benefits package, which included a team sign-on bonus, the newest equipment and phenomenal facilities and pay. We are even ahead of our mortgage payments now.”

During a typical week, the Tylers average between 5,500 and 6,000 miles. Currently, both drivers have more than 800,000 safe miles under their belts at Schneider.

“We know what to expect from each other 100 percent,” the Tylers said. “We don’t even need to talk while we are doing pre-trip preparations as we have our routine down and can rely on each other.”

The Tylers complement each other’s strengths and switch up their routine based on how they are feeling before they set out.

“You have to be friends before you are husband or wife, but you have to best friends to be team drivers,” the Tylers said.

The Tylers said their favorite part of the job is having the opportunity to see the country. They’ve now been around the entire United States, and while Susan particularly enjoys visiting Disney and seeing the scenery out West, Bob had never seen California before he started driving and loves Texas.

Although they enjoy being on the road, home is still where the heart is and the Tylers said they appreciate Schneider for recognizing that.

“Schneider gives us great opportunities and the miles we need but also provides home time,” the Tylers said. “We have kids and Schneider always gets us home when we need to be.”

And why do they hope to someday retire at Schneider?

“If you are already a driver, Schneider is the best place to be and is truly is the most driver-friendly company,” the Tylers said. “Team driving is like being on a trip with your best friend.

“If it wasn’t for Schneider, we wouldn’t be where we are now.”

Team truck drivers get the best of everything – loads, lanes, miles, equipment and money. See for yourself what opportunities Schneider has for team drivers. 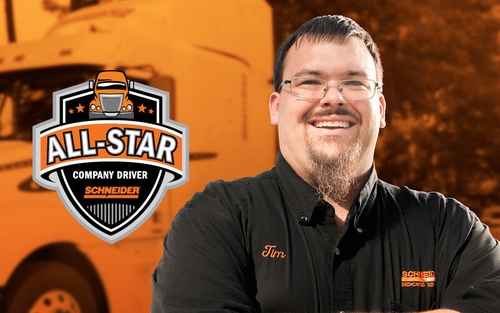