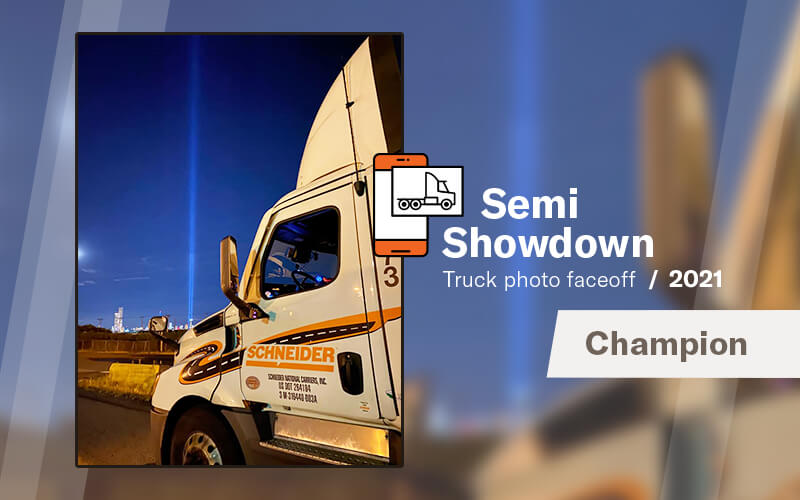 For the last three years, Schneider has held a “Semi Showdown: Truck Photo Faceoff.” During this competition, contestants submit their best Schneider truck photo for a chance to enter the championship bracket and win a Schneider prize package.

Mike Wester, a U.S. Army veteran and an avid woodworker, started his driving career as a Dedicated driver with Schneider in 2015 and has driven with us ever since. Now, Mike works as an Intermodal driver in Kearny, New Jersey.

When asked why he’s stuck with Schneider all these years, Mike said it’s because of the people he works with.

“Everyone is great, especially in the office in Kearney,”Mike said. “Our district manager right now is awesome. It’s also very close knit.” 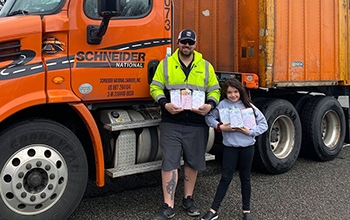 Mike said that he owes his Semi Showdown victory to the support of his friends and community. He went into this year’s contest thinking his chance of winning again was low, but his friends’ votes made all the difference.

“I have a very loyal fan base I guess,” Mike said. “I have quite a few followers on my Instagram and Facebook because I run a woodworking shop.”

The story behind the winning photo

Mike’s photo was taken at the local railyard in Kearny, New Jersey, a location where he often stops while making intermodal deliveries.

“The railyard has a skyline view of New York City, so we get the beautiful view of the Empire State Building when it’s lit up for special events,”Mike said. “For the Fourth of July, it’s red, white and blue, Valentine’s Day it’s red, etc. and you can also see the World Trade Center Memorial.” 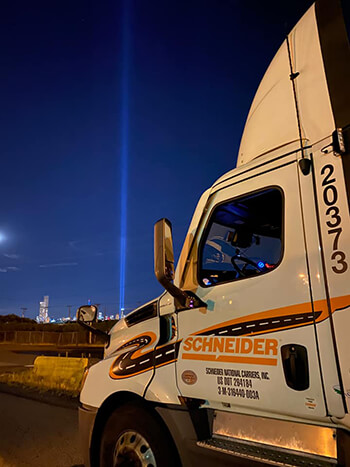 One evening, Mike decided to take a photo of his new Schneider truck with the memorial lights glowing in the background. He said that as a veteran, this photo has significant meaning to him.

“It’s very important,” Mike said. “It shows a time where our country came together as one. And just, never forget, you know?”

What’s next for Mike?

“I haven’t taken any really good photos in a while, so hopefully this year I can get something good,” Mike said. “Something outside the box … not just a sunrise or sunset.”

Schneider offers a massive variety of driving job options, allowing drivers to pick the home time configurations and freight types they prefer. Search by ZIP code to find the perfect driving job for you.

Find a driving job
About the author 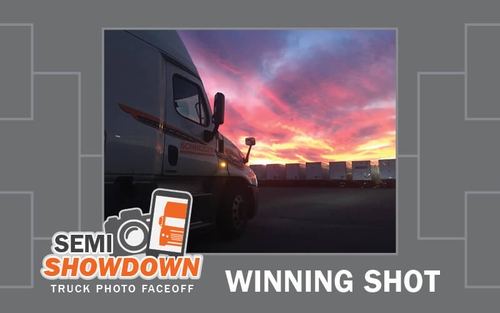 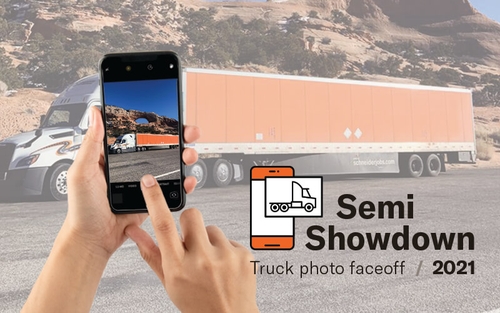 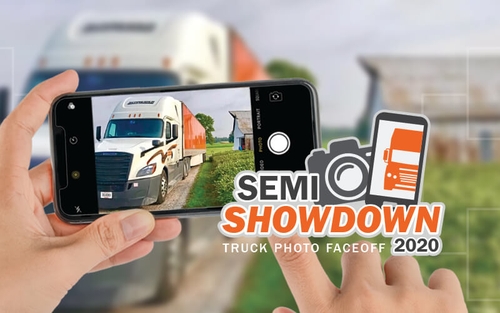