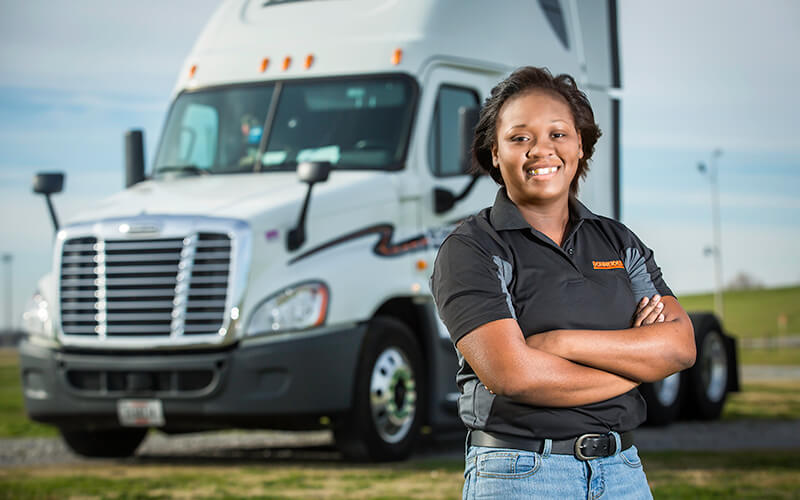 At Schneider, we have a saying, “Orange inspires greatness,” and it couldn't be truer when it comes to our incredible drivers. After all, without them, the wheels of commerce would come to a screeching halt. In recognition of that, we’ll be featuring some of our talented driving professionals in A Slice of Orange series titled, “Schneider All-Stars.”

Who better to start with than a driver who has “Orange” built right into her name: Schneider Dedicated driver Keisha Orange, a driving rock star who loves the freight transport industry and brings pride and excellence to every piece of the business she touches.

Keisha has been with Schneider since February 2014, but has more than a decade of experience with various trucking companies. She was drawn to the industry for the travel, but also notes that she was aware of the stigma around female drivers and wanted to prove she could be successful in a male-dominated field. And she’s firing on all cylinders to deliver beyond expectations again and again.

Keisha is recognized and highly respected by both her Schneider crew and the customer as a third-shift yard jockey for a dedicated account. As a lead driver charged with keeping the operation running like a well-oiled diesel machine, Keisha keeps safety squarely in her line of sight. You see, “Safety First and Always” isn't just a Schneider motto; it’s how Keisha runs her crew. Stricter than a mama bear, she expects everyone to dot their Is and cross their Ts when it comes to practices and procedures and says her safety officer is practically on speed dial.

Not only is Keisha an All-Star at Schneider, she’s an all-star mom, spending most of her home time with her young daughter. After being on the road so long in her pre-Schneider days, Keisha loves that her position with the Big Orange affords her the luxury of more quality moments with her daughter and family. Her daughter has even talked about becoming a driver herself one day!

The color orange stands for enthusiasm, happiness, creativity, determination and success – all qualities Keisha has. Learn more about her decision to break the trucking glass ceiling and why she chose the Big Orange at schneiderjobs.com.

Could Dedicated driving be for you?

Learn why Dedicated drivers love the consistency and belonging they feel at Schneider.
Dedicated driving
About the author 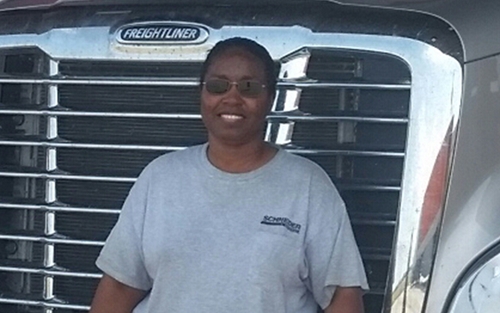 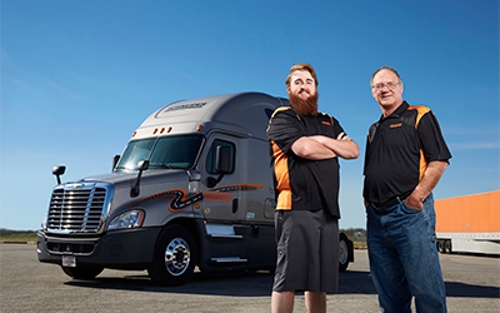