Contests can be a tricky thing. We learned that this week after announcing our first winner in the Schneider Snapshots Photo Contest. While the picture submitted garnered the most online votes, we learned after the fact that the photo itself was taken from a Schneider YouTube video, rather than an original snapshot called for in the contest rules.

So we’re doing a double take, of sorts, and announcing a new winner. Actually, we’re promoting second place winner and Schneider driver Greg Bohlken to first place. Bohlken’s picture of a tanker truck at sunset brought in 647 votes and is certainly winning material: 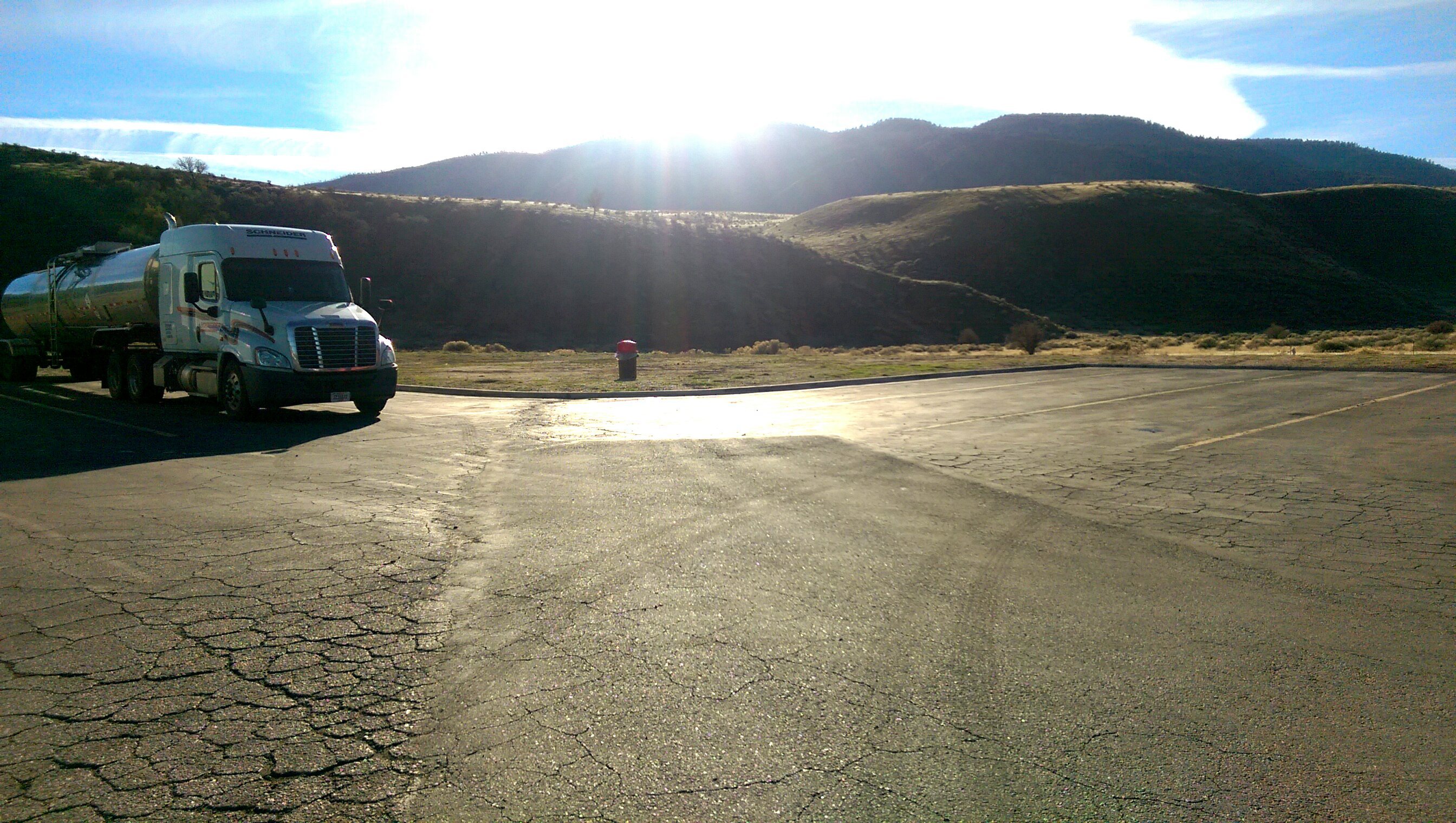 Using his cell phone to grab this shot at the Flying J in Frazier Park, California in January of 2015, Bohlken says he knew he had a contender on his camera roll when the photo contest was announced.

The fact that trucks have been catching Bohlken’s eye since he was little probably played a role in knowing a winning snapshot when he saw it. As a kid, he was mesmerized with the trucks rolling down the highways on road trips to see his grandparents. By the time he got his own driver’s license he was able to name the truck’s make and company just by seeing it from the side. ("We're coming up on a Schneider International...")

Bohlken plans to use his winnings to treat his wife to a nice date and to make a donation to the church camp where he used to work.

Check out a photo album of all the qualified photos from the Schneider Snapshots Photo Contest. We’ll use many of them throughout schneiderjobs.com and on our social media channels.

Thank you to everyone who participated in our contest. Stay tuned to our blog and social media for announcements about future Schneider contests.

Looking for a job at Schneider?

We’re looking for hardworking individuals like you to fill our open positions. Check out our job openings

Schneider recently moved to a new facility in Salt Lake City, featuring upgrades for the hundreds...

Can a truck driver use CBD oil or medical marijuana?

With some states legalizing marijuana, it can be confusing for truck drivers who undergo drug...

Schneider certified as a 2019 Great Place to Work

Schneider is proud to have been certified as a 2019 Green Place to Work.
Job Alerts