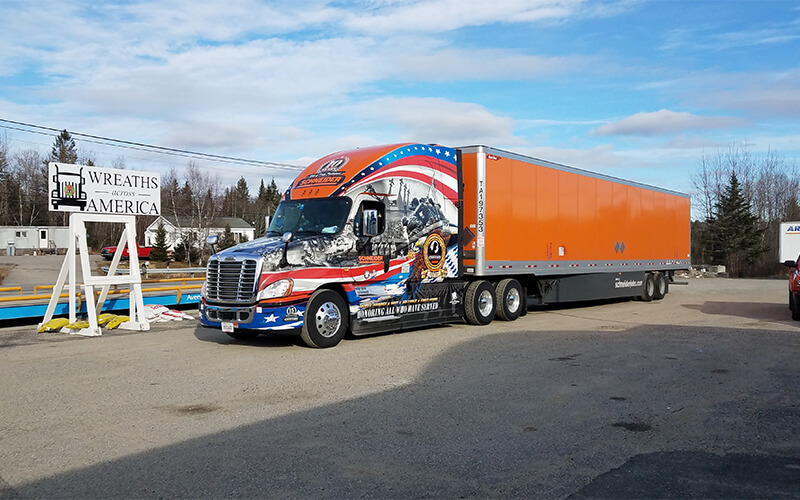 Wreaths Across America (WAA) started as a simple family tradition in Maine, but it has grown into a national tribute to fallen military veterans. Now, on the third Sunday in December, more than a million wreaths are placed on veterans’ graves at more than 1,200 locations across the country.

Schneider was once again a proud supporter of the six-day event, hauling five total loads for Wreaths Across America 2018 — two by Ride of Pride military tribute truck drivers, two by owner-operators and one by a company driver.

The ultimate goal: A simple act of kindness to make sure every veteran is remembered.

Schneider’s current Ride of Pride driver David Buck has previously been a Wreaths Across America volunteer for seven years, placing wreaths at Camp Butler National Cemetery in Springfield, Ill., near his home.

But the 2018 Wreaths Across America event was his first year delivering wreaths.

Buck, like previous 2017 Ride of Pride driver David Price, had the honor of leading the tractor-trailer portion of the main 2018 WAA convoy — Gold Star families led the convoy — with 265,000 wreaths from Columbia Falls, Maine, to Arlington National Cemetery in Washington, D.C. 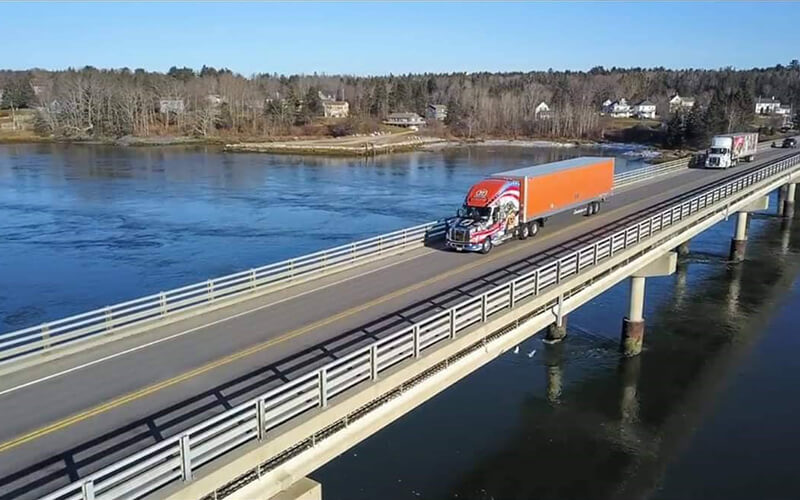 After being rear-ended on the first leg of the trip, David quickly got a new trailer, and 30 local volunteers quickly helped transfer wreaths to the new trailer. He was able to catch up with the main convoy that same night.

“People just started coming out of what seemed like nowhere to help with the wreaths. It was remarkable to see this kind of generosity from complete strangers.”

David had the privilege to lead the main convoy, which totaled 49 vehicles, including 20 police officers. It was comparable to a presidential escort, and they even shut down part of New Jersey’s George Washington Bridge for the convoy.

“The logistics involved with the whole organization is just phenomenal. To move that far with that much coordination is just amazing.” 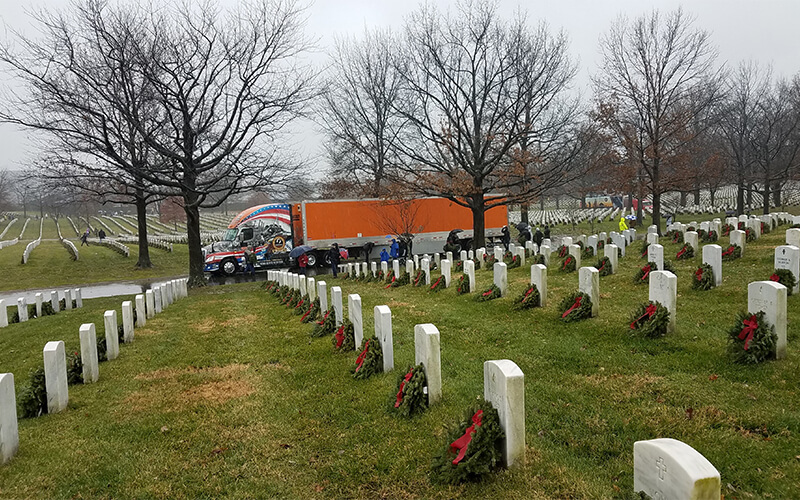 After stopping three to four times a day at schools and memorials, and traveling through towns lined with people waving flags, the convoy pulled into Arlington at daybreak on Dec. 15. Despite a cold, hard rain, 60,000 volunteers came out to place wreaths.

“Not many people get to experience daybreak at Arlington since it’s closed then. To pull into the main gate right at daylight and then see the scope of it, then it really hits you.”

Altogether, all Schneider drivers ran almost 9,000 loaded miles with Wreaths Across America 2018. David took over 500 photos during the journey, many of which can be found on the Ride of Pride Facebook page.

Next year, David hopes to come full circle with his WAA experience, delivering wreaths to the cemetery he once volunteered at.

Jon Ritscher still captains the 2016 Ride of Pride truck, having driven into Arlington during Wreaths Across America 2016. During 2017 and again in 2018, Ritscher had the honor of joining two other trucks to deliver 13,500 wreaths — 100 percent coverage — to Sarasota National Cemetery in Sarasota, Fla. 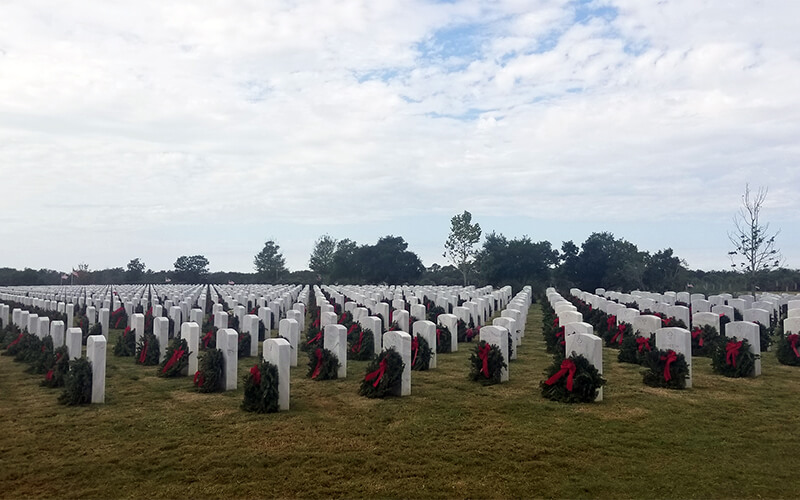 “It’s truly humbling and a huge honor to bring in and place those wreaths. Once you participate in it, you get hooked on it. It’s something I look forward to every year. The way everyone shares their time and the response from the public at all the different cemeteries is amazing.”

Ultimately, David and Jon both hope to continue their involvement in future years, and they encourage others to do the same.

How you can get involved in Wreaths Across America

The motto of Wreaths Across America is “Remember. Honor. Teach.” Each year presents an opportunity to teach even more people how to get involved — to make sure every hero’s grave gets a wreath:

Schneider is proud to introduce new Ride of Pride driver David Buck and to announce new trophies to...

Schneider had the honor of having three company drivers and one owner-operator involved in the 2017...
Job Alerts