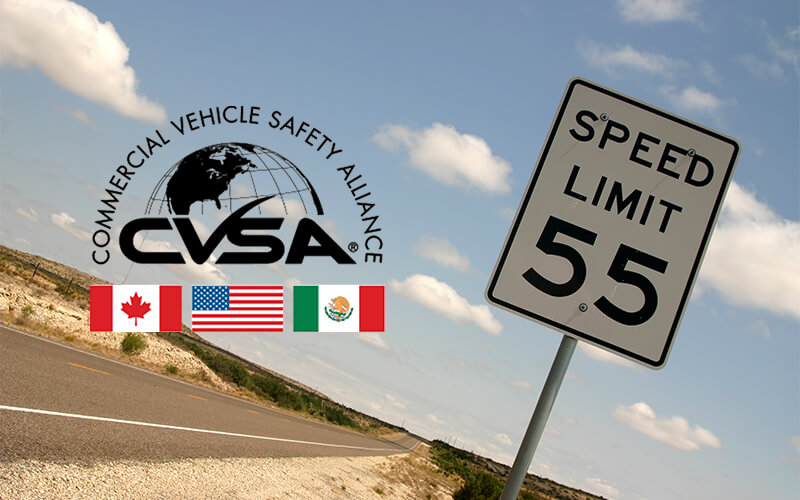 The Commercial Vehicle Safety Alliance’s (CVSA) 2020 Operation Safe Driver Week (OSDW) will take place July 12-18, as scheduled (unlike the CVSA’s International Roadcheck postponed from May to a date yet to be determined).

According to the Governors Highway Safety Association, the average speed on interstate highways, state highways and expressways was up as much as 75 percent in March and April compared to January and February, likely due to significantly fewer vehicles on the road due to COVID-19 orders.

For example, New York City saw an increase of more than 60 percent in the number of speed camera tickets in March compared to March 2019 – while traffic was down more than 90 percent compared to January.

With a variety of location-specific coronavirus restrictions and an expected bump in summer tourism, safe driving habits come into sharper focus.

Throughout the weeklong initiative, law enforcement throughout North America will seek to pull over drivers engaging in unsafe driving behaviors and issue a warning or citation.

While speeding will be the primary point of emphasis, other behaviors law enforcement will look for include:

Schneider’s professional drivers prepare for Operation Safe Driver Week like any other week: by focusing on safety first. Thorough pre-trip inspections, safe driving practices on the road and top safety equipment just scratch the surface, and the data and awards prove it:

How else does Schneider keep drivers safe?

Check out all our safety-focused blog posts to even better understand our training, policies, equipment and well-deserved reputation.

No matter how much truck driving experience you have, these truck driver safety tips are great...

Even in the summer truck drivers need to be prepared for dangerous weather and road conditions....
Job Alerts