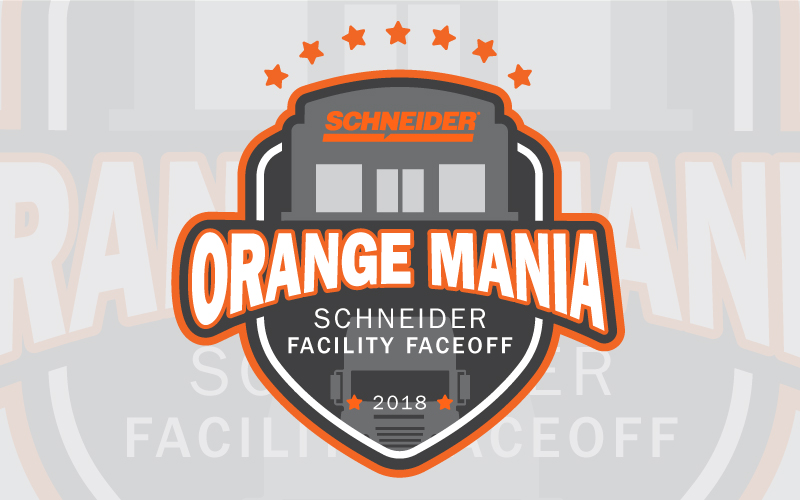 It’s bracket season, and Schneider is proud to announce a bracket challenge of our own, “Orange Mania: Schneider Facility Faceoff.”

Vote for your favorite Schneider facility in each daily match-up on our Schneider Truck Driving Jobs Facebook page, running March 13 through April 2.

Each poll will open at 12 p.m. for 24 hours, with the winner advancing to the next round until an overall winner is decided. Schneider’s favorite facility championship match-up will be the same day as the NCAA Division 1 men’s basketball championship game.

We’ve seeded the 20 primary facilities in Schneider’s nationwide facility network in order based on total number of parking spaces (e.g. #1 seed Gary, IN, has the most parking), and we’ll update results throughout the month.

The championship match-up is set in our Orange Mania Schneider Facility Faceoff: #4 seed Harrisburg and #3 seed West Memphis. Both facilities had to knock off higher seeds in the semifinals— which were the first two upsets in the tournament based on original seeding.

How they got here:

A closer look at the facilities:

Championship voting will be open for 24 hours starting at noon CDT on Monday, April 2. 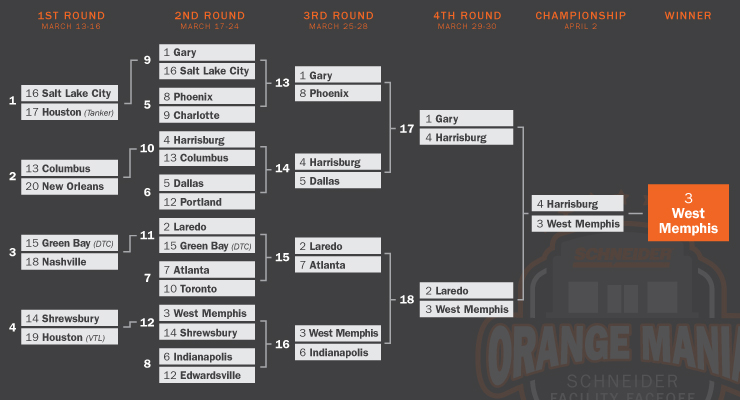 The bracket will run during the same timeframe as the NCAA Division 1 men’s basketball tournament — March 13 through April 2.

There to help while out on the road.

What’s your favorite Schneider facility, and why?

In just three years, Schneider's Shrewsbury shop has expanded from two to 12 technicians, and...

Schneider is proud to announce a second facility opening in as many months, and you're invited to...