Everything you need to know about truck driver sleep apnea 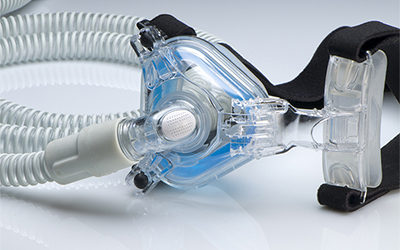 Almost one out of three of commercial truck drivers have mild to severe sleep apnea, according to a study sponsored by the Federal Motor Carrier Safety Administration (FMCSA) and American Transportation Research Institute.

What is sleep apnea?

Obstructive Sleep Apnea (OSA) occurs when a person’s breathing becomes obstructed during sleep due to throat muscles that relax intermittently, meaning they stop breathing. This results in the person not reaching the full restorative REM sleep cycle.

Sleep apnea can result in:

How is sleep apnea treated?

The most common treatment for sleep apnea is the continuous positive airway pressure (CPAP) machine. A CPAP machine is a device worn during sleep that increases the air pressure in your throat so your airway doesn’t collapse when you breathe in, allowing you to get the deep, restorative sleep needed.

Schneider drivers with OSA are able to use CPAP machines specially outfitted for their trucks, typically with no need for an inverter or additional power source.

After using a CPAP machine, people with sleep apnea feel more refreshed and rested. Some also experience improvement in other medical conditions such as cardiac issues, high blood pressure and diabetes. 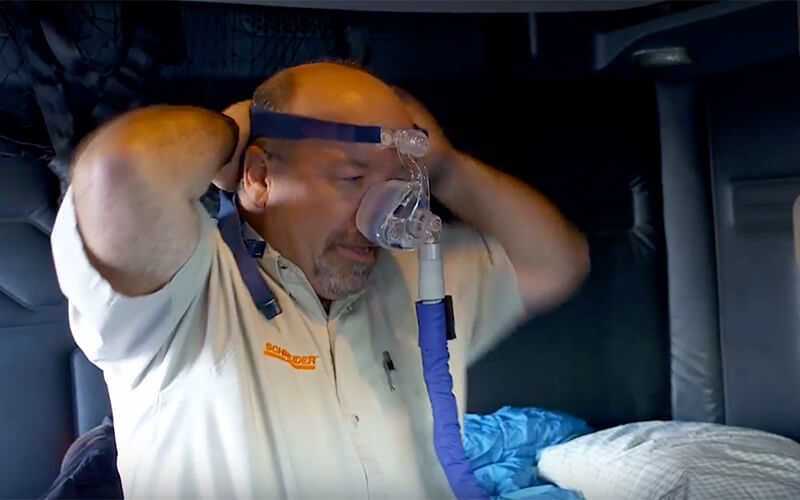 What are the risks of untreated sleep apnea?

Can you drive a truck if you have sleep apnea?

Yes. If you have been diagnosed with sleep apnea and your doctor told you that you need to treat it, you can continue to drive as long as you are compliant with treatment.

Will sleep apnea affect your CDL?

Your sleep apnea will likely result in a DOT medical certification card only being issued for one year instead of the possible two years.

However, as long as you are compliant with treatment, there should not be an issue being granted a medical certification and keeping your CDL.

Can you lose your license if you have sleep apnea?

If you have sleep apnea and are told you require treatment by a doctor and are not compliant with treatment, you could potentially not be granted a DOT medical certification, which is required when driving in interstate commerce.

If you are denied a medical certification, the state can downgrade your CDL as a result.

What is Schneider doing about truck driver sleep apnea?

Schneider was the first large-scale employer to establish a sleep apnea program. We’ve received numerous awards for it, and thousands of drivers have improved their health through it.

Andrea is Director of Regulatory Services at Schneider. She has been with the organization since 2004, primarily in safety and regulatory areas. She previously worked in Operations for Schneider’s Tanker division. She holds an MBA from University of Wisconsin-Oshkosh and a bachelor’s degree from the University of Wisconsin-Green Bay. She is an active member of the Transportation Research Board – Truck and Bus Safety subcommittee. She is also a current member of the American Transportation Research Institute’s (ATRI) Research Advisory Committee. She lives in Green Bay, Wis., with her family.

Where do truck drivers sleep? Answers and advice for great sleep on the road

Unless you're a driver with daily home time, you'll need to master the art of sleeping between the...

6 ways to ensure you pass your Truck Driver DOT Physical

Truckers, here are six ways to ensure you're ready for your DOT Physical exam to get your medical...
Job Alerts