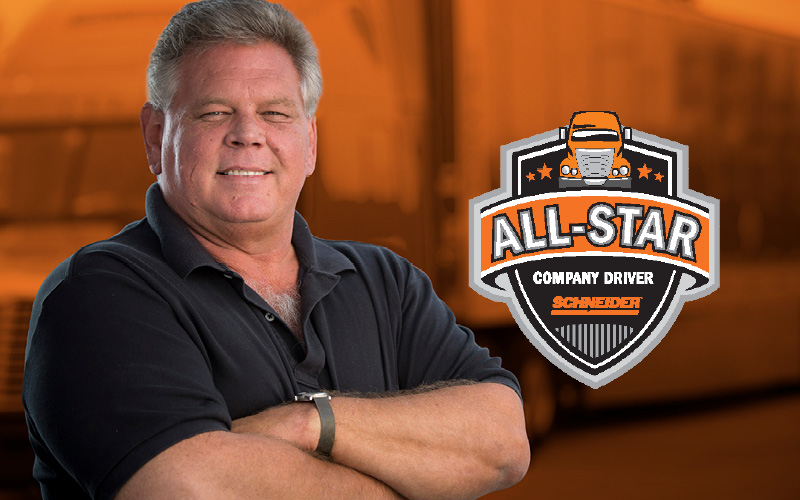 Bradley (Brad) Cook never anticipated he would one day become a truck driver.

Brad put in 25 years in the steel industry, spending much of it as a quality control manager, before joining Schneider in 2008. Today, he is a Van Truckload driver with over a decade of experience.

Why truck driving and why Schneider?

When the steel industry up and left his Memphis, Tenn. hometown, there were few opportunities in the area for him to break into a second career. That’s when Brad started researching truck driving jobs and reviewing different companies.

Brad noticed during his search that people had more great things to say about Schneider than other transportation companies.

“I did a lot of research online and no one from Schneider complained about home time or scheduling flexibility,” Brad said.

After going to schneiderjobs.com, he discovered he could get licensed and start making money in a month. He filled out an application and a Schneider recruiter called the same day, asking Brad if he wanted to train at Schneider’s Dallas facility.

Brad accepted, choosing the Van Truckload division in order to be home weekly for his children.

His life on the road

As a truck driver for over 10 years, Brad has seen a lot of the United States. Although the northern part of the country is generally too cold for his taste, Brad said one of his favorite places to be is Schneider’s home state: Wisconsin.

“I love Wisconsin in the summertime, but the winter is too cold for me,” Brad said. “Wisconsin is different from other places. There’s a southern friendliness about it – if you ask a question, people go out of their way to help you.”

Brad said his key to success as a driver is to expect the best but be prepared for the worst. Completing a daily pre-trip inspection and doing good trip planning are extremely important to him.

“Every assignment is a challenge to navigate to the customer,” Brad said. “I need to get there safely, on time and deliver the load in one piece. Good trip planning is one of the best tools you can have.”

What most people don’t know about Brad

A unique thing about Brad is that a semi-truck is not the only thing he knows how to drive. Brad also has his pilot’s license and loves flying airplanes – a passion he developed from his dad who owned a four-seater plan.

“My brothers and sister would be in school and my dad would take me out to fly,” Brad said. “We would go to a nearby state and buy produce.”

Although his dad passed away when he was only 12 years old, Brad still found a way to still get into a plane and get his license.

“A college friend got his instructor’s license and rather than just ride with him, I had him teach me how to fly,” Brad said.

Whether it is from the sky or on a highway, Brad’s passion is seeing the country and that passion is not going anywhere any time soon!

Could Van Truckload be for you?

Do you have an interest in seeing the country and hauling a variety of freight? A Van Truckload driving job at Schneider could be the right fit for you.

Learn about Van Truckload driving
About the author 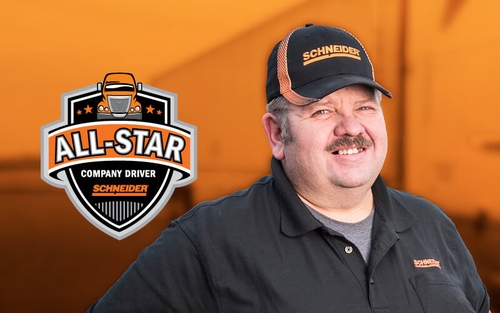