John Konicek has the opportunity to make a big impact in his maintenance role at Schneider. When a driver’s truck breaks down, John, an Emergency Maintenance Coordinator, is responsible for working with vendors and operations to come up with a maintenance solution.

“The role is very satisfying because I have a direct impact on keeping our drivers rolling, equipment available and freight moving,” John said. “I get to go home at the end of the day knowing my work made a difference and helped many people.”

Although John currently works in an office setting at Schneider’s headquarters – which is unique for someone in a maintenance role because they would typically work in a shop – his career journey has taken him both on the road and into a shop.

John’s background includes working in many different areas of the transportation industry, which is why he is a great fit for an Emergency Maintenance role.

He obtained a Commercial Driver’s License (CDL) in 2016 and drove a semi-truck on and off for a few years, while hauling mostly less-than-truckload (LTL) freight. He then worked as an entry-level auto technician for about a year before joining Schneider in February 2020.

How John's role is always changing

In his role, John is required to review invoices, solve equipment issues and ensure his team stays on track to help drivers. Although John’s responsibilities remain the same day-to-day, the problems he encounters always vary.

“There is hardly anything ‘routine’ about a breakdown,” John said. “Trucks break down anytime, anywhere. I have to be able to think on my feet to make a good plan every time our equipment is down and our drivers aren’t moving.”

When asked what’s something most Schneider associates don’t know about his role, John replied with the diversity of people he gets to work with every day.

“My role is unique because I have exposure to just about every department within the company,” John said. “I work with all accounts, including their drivers and operations associates. I also coordinate with other departments, such as insurance and our company shops. I am also in contact with vendors and other third-party companies.”

Why he continues to work in maintenance at Schneider

From working with all areas of the business to being challenged to solve a new problem every day, John said he would encourage other people who are interested in a unique maintenance role to consider applying at Schneider.

“This role is truly a position where I learn something new every day,” John said. “Being in emergency maintenance, there is great satisfaction in providing a service to drivers and customers knowing you have made a difference at the end of the day. It is a very rewarding position that provides daily challenges but with a great team to help resolve anything that is thrown at us!”

And while John said he loves doing the work he’s responsible for, it’s the team he’s a part of that keeps him at Schneider.

“I really enjoy the culture and respect here at Schneider,” John said. “We also have such a diverse group of individuals. We always have resources that can help us work as a team and get the job done.”

Interested in applying for a maintenance role outside the shop?

Ready to take the skills you learned in the shop to a maintenance job within the office? Check out all of Schneider’s emergency maintenance roles and apply for one that interests you.

Find an emergency maintenance job
About the author 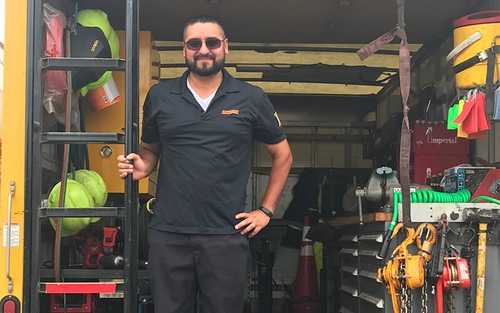 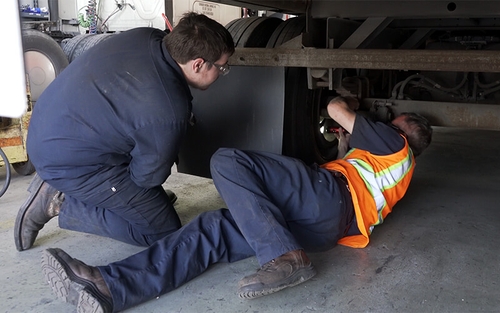