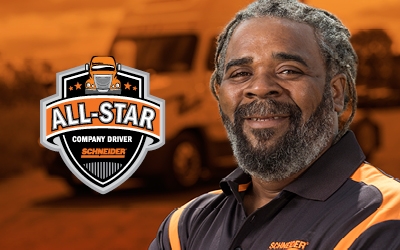 If there’s a song to be written about truck driving life, chances are Schneider Canadian driver Herrington has written it. In fact, as a published author and songwriter, singing trucker Herrington has told many stories during his lifetime, which is a tale all on its own.

Herrington’s mom and stepdad migrated with him and his six brothers and sisters from Jamaica to Canada when he was a young boy. While memories of his first homeland have faded over time, there’s one in particular that was life changing.

“I remember seeing a guy play an acoustic guitar while riding a donkey,” recalls Herrington. “I thought, ‘I want to do that.’”

When his family moved to Canada, the local music conservatory knocked on their door bearing instruments for the children to try. Herrington’s mom enrolled the kids, so they could learn to play in their church. Herrington started on the guitar and it stuck. He played the instrument all through school and into college, where he studied music and business management.

While Herrington performs occasionally yet today, his real passion has always been inventing the music.

“There's a joy in performing, but more so in writing and creating something,” he notes.

Herrington began writing music even before entering high school, capturing his imagination through stories he created as an expression of himself. As an adult, the experiences he and others around him had in the welding industry caused him to ponder and explore deeper topics in his writing. These experiences inspired his self-published book in 2011, Victims of Miura Boiler: Fired for Profit Prelude for Murder. It was this curiosity and desire to understand the journey and experiences of others that led him to a driving career.

“My dad and stepfather were truck drivers,” Herrington explains. “When I was small and living in Jamaica, my dad would put me in his lap behind the steering wheel and instill in me that I was driving the truck.”

It’s his fondest memory of his father, who died in an accident when Herrington was only 6. “He was a happy-go-lucky guy.”

So, when Herrington heard the call of the open road, he signed up for driving school in 2011 and has been with Schneider ever since.

“I like to travel and if I don’t get to do it, what’s life all about?”

While Schneider’s singing trucker is out on the road two weeks at a time, he makes the most of every moment, writing songs along the way.

“My first instrument is my voice,” asserts Herrington. “I’ll have a beat and chord structure in my head, and I'll sing a melody while I drive. It’s easier to remember later on if I sing it out loud.”

Music influences his home time, too. While still in high school, Herrington began sharing his musical gifts with those living at a long-term care facility where his mom worked as a registered nurse. He would play songs and square dance with the residents. Though his mom has since retired, Herrington still makes it a point to volunteer at a facility near his home in Canada, spending time with those who have no family or family who don’t visit.

With so many stories already told and so many yet unwritten, we wish Herrington a career full of adventures to share with the world.

Whether you’re an experienced truck driver or fresh out of school, Schneider has a driving job for you.
Search and apply
About the author 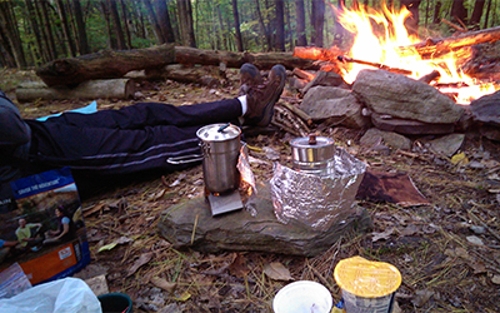 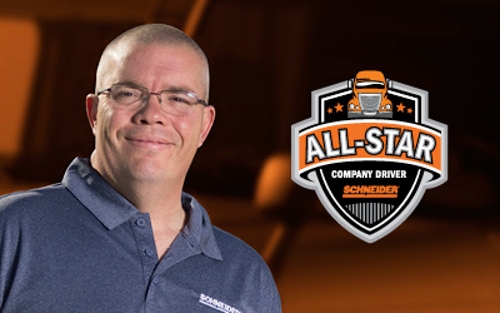 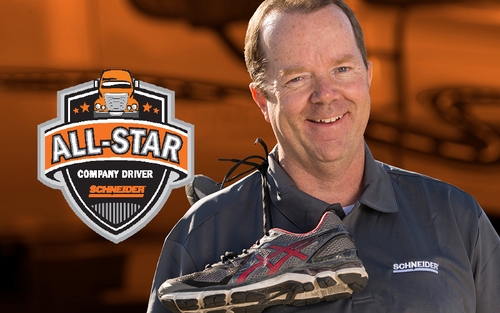