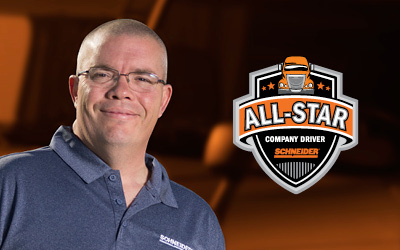 Becoming a regional driver for Schneider has changed Elliott Connor’s life. Thanks to his new career, the Watertown, Wis., native has spent the last three years traversing the Midwest region – an opportunity that has enriched his life in many ways.

Elliott was working for a convenience store when he decided he needed a change. He had a commercial driver’s license (CDL) from a previous job as a school bus driver, so he thought he might try putting it to use with a career in truck driving. This turned out to be the perfect path for Elliott, who has a passion for photography.

Elliott first became interested in photography in high school when he took a class in the art form. He drifted away from it for a while but got the bug again in his late 20s. Since then, he’s gotten serious about photography. In fact, when he’s home in Wisconsin, he even takes photos of Wisconsin sports teams for a local sports news site.

“There’s so much to take pictures of,” Elliott said. “Everybody doesn’t get to see everything in life.” 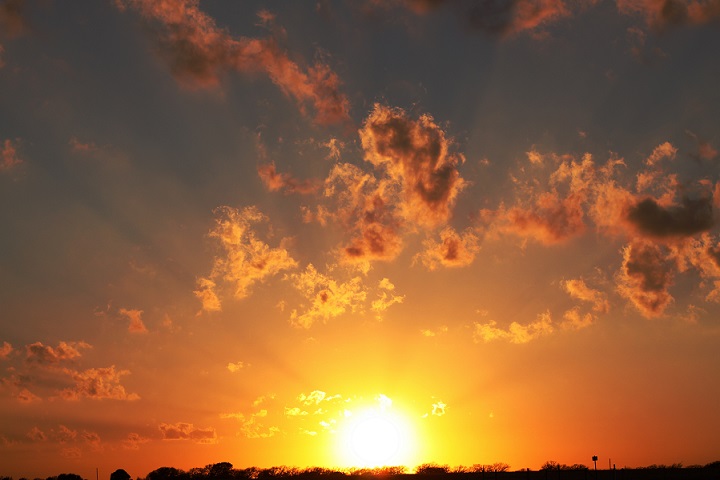 A career as a Schneider driver has been the ideal avenue for Elliott to hone his photographic talents. While on the road, he takes photos of the new landscapes and sights that he comes across. Two of his favorite places that he’s been able to photograph are the mountains in West Virginia and the coastline in Biloxi, Miss.

“Driving for Schneider has allowed me to experience more of the country than I would have been able to see on my own,” he said.

When he’s not exploring with his camera or driving, Elliott can often be found on social media. He uploads photos so his family and friends can enjoy the sights from the road too.

Collecting more photo ops has flourished into a love of travel. Instead of always spending his time off at home, Elliott sometimes opts to park his truck at a Schneider operating center (OC) and spend a few days traveling new areas of the country.

“Driving has made getting to some of these places easier,” said Elliott. “Being able to park at the OCs has made traveling rather inexpensive; I don’t have to buy airline tickets.” 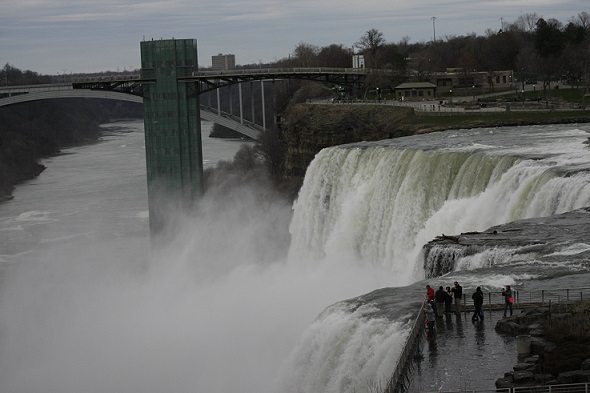 Driving has even allowed Elliott to scratch some locations off his travel bucket list like Niagara Falls (his photo). While stopped in Chicago one night, Elliott was able to visit the Willis Tower and bask in the bright city lights.

A picture of health

When Elliott decided to make the switch to becoming a truck driver, he did have one concern about the job: He thought that all the time seated in his truck may lead to an unhealthy lifestyle. That’s why Elliott decided to be proactive about his health and made a point to go for walks during his breaks. Carrying his camera along made this an easy and entertaining task. It was effective too.

Since June 2016, Elliott has lost nearly a hundred pounds by leading a healthy lifestyle while on the road. In addition to fitting in exercise, he tries to stop at restaurants that offer salads, and he packs healthy snacks in the truck, like canned vegetables and applesauce.

“I’ve had nothing but good experiences with Schneider,” said Elliott.

During his time with the company, Elliott hasn’t had to leave his passion or his health in the backseat. Instead, he’s keeping a sharp eye on both – while also keeping his eye on the road!

Truck driving could be your passion.

Search our driving jobs and learn how truck driving for Schneider could be your next career move.

Drivers, what hobbies do you have? Do you practice your hobbies while on the road?

Schneider driver Carl Lindmark shares how he makes time for hobbies on the road — and offers advice...

On the road to being a healthy truck driver, Pt. 1

Schneider driver JD Simpson describes how drivers can take their health into their own hands...
Job Alerts