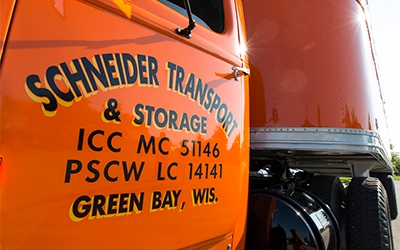 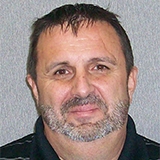 The average age of Schneider’s trucks is 2.5 years … with one very notable 66-year-old exception: Vinny.

But Vinny (short for “vintage”) doesn’t look a day over 2.5. In fact, Schneider’s beloved 1949 tractor looks brand new thanks to a recently completed four-month restoration. It’s incredible to see a piece of history come back to life.

At one point, though, Vinny was as good as dead …

If Vinny could talk, he’d have quite a story to tell. The tractor was found in a Fond du Lac, Wis., farm field in 1990 by a former Schneider driver named Mel Hazaert. Once Mel had Vinny in his possession, he located a trailer from the same era and became determined to transform the equipment into a museum piece for Schneider.

Mel and four other Schneider associates (Marty Briggs, Ken Neilson, Pat Fleming and Al Lenny) spent about 1,100 hours on reconstruction before presenting him to then-President Don Schneider on April 26, 1991. Since then, this antique truck and trailer have represented Schneider at various events, parades and public activities.

But 24 more years took a toll on Vinny …

Vinny was once again starting to show signs of age. As his caretaker, I couldn’t stand to see rust literally eat away at such a unique piece of company history. I solicited the services of a local company, Trudell, to perform an extensive four-month restoration, which was completed the first week of September 2015.

Trudell replaced the bottom 4-6 inches of both truck doors, fabricated and replaced the truck’s floor pan and replaced all three trailer doors — yes, three. The entire unit was media blasted to remove rust, and a gorgeous fresh paint job made Vinny look better than ever.

Vinny will continue to be a true, permanent reminder of Schneider’s rich history since 1935, and the hard work and dedication of its associates. He is just as much a part of our company as any other Schneider tractor on the road today. Driving Vinny is an awesome experience, and I love to show the truck any chance I get!

Have you seen Vinny in person? 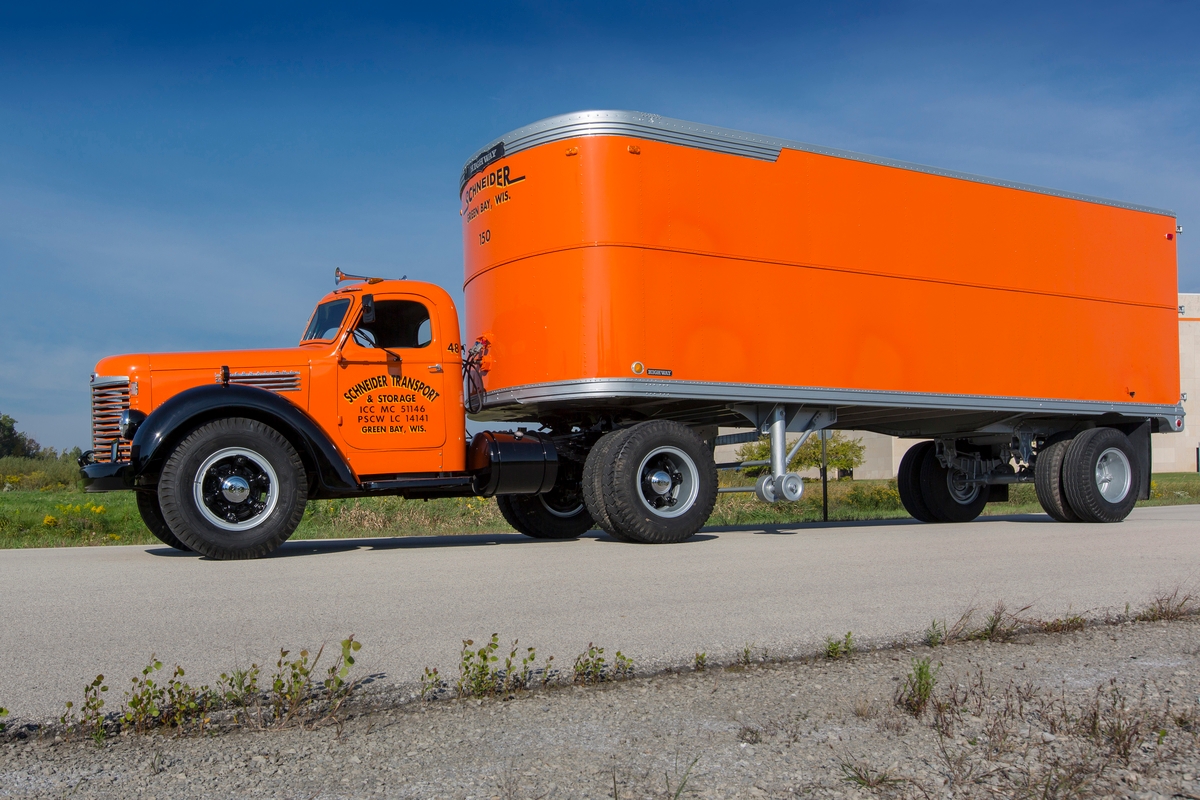 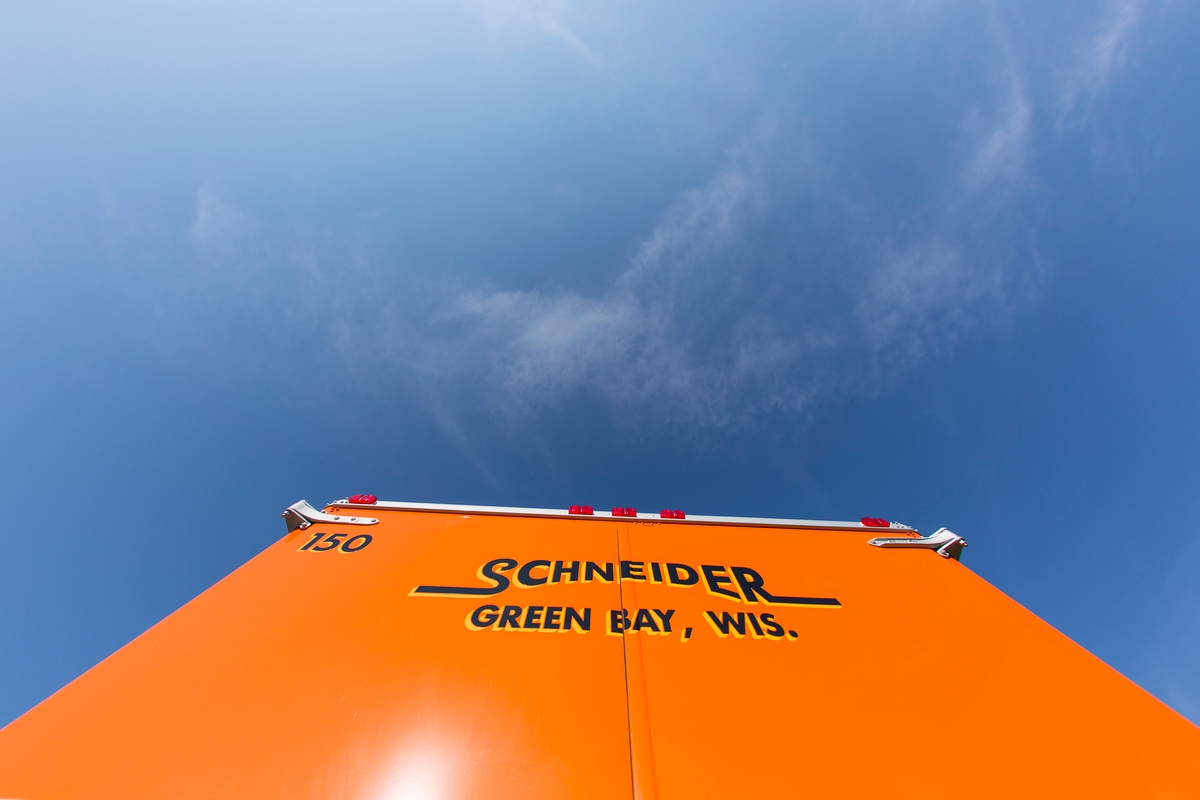 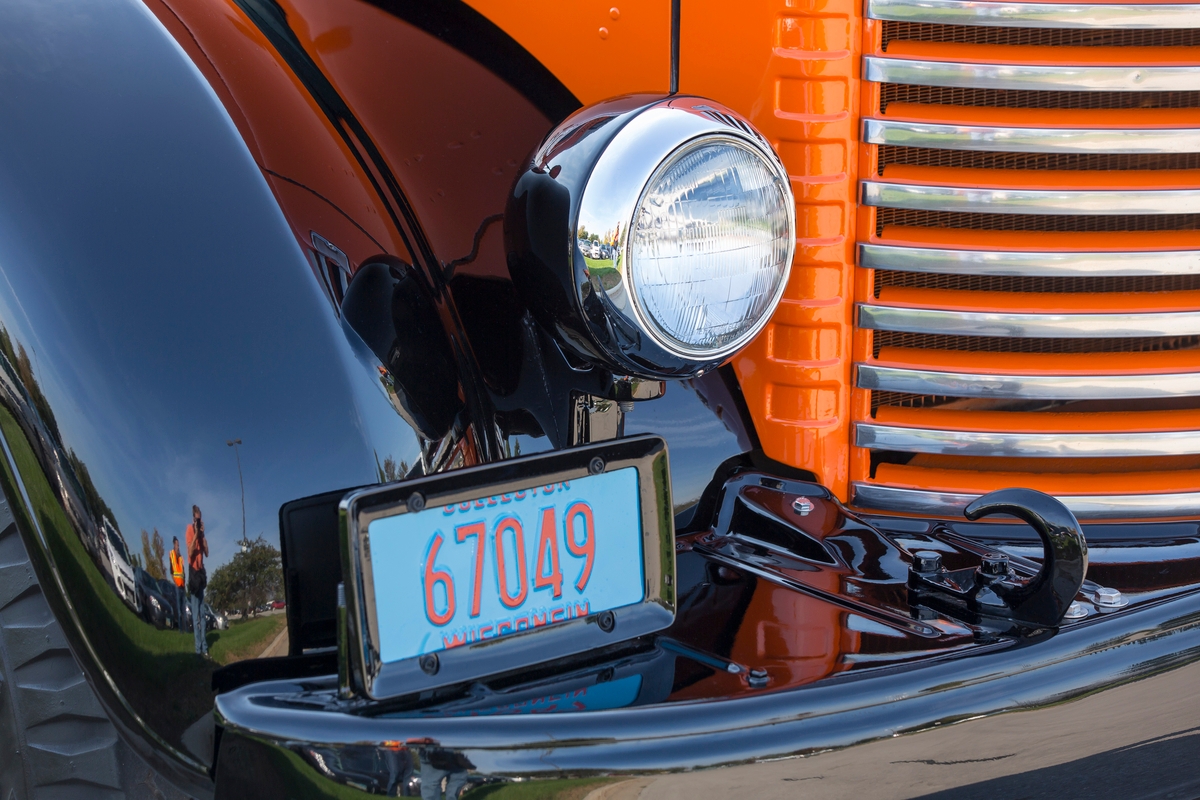 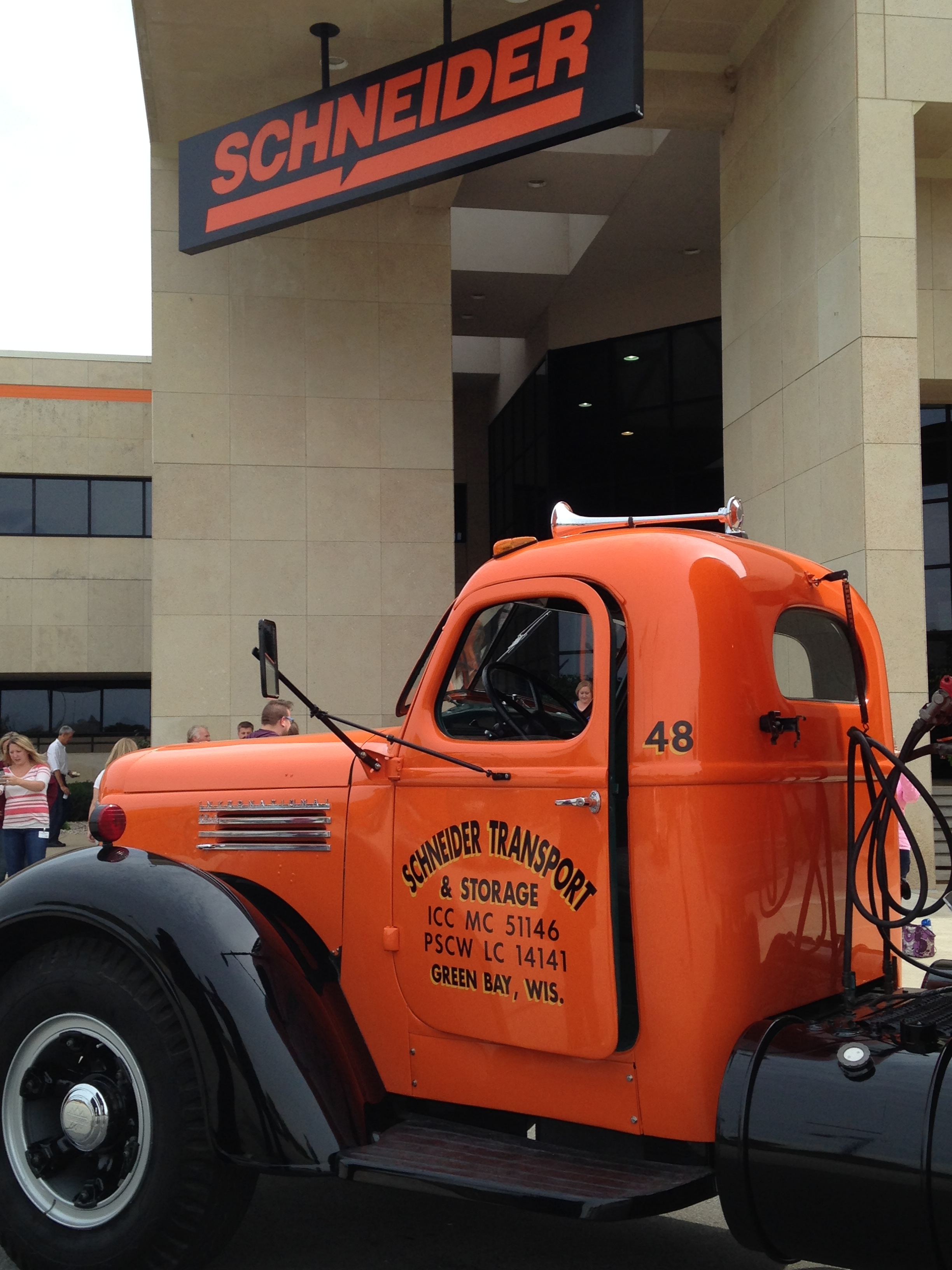 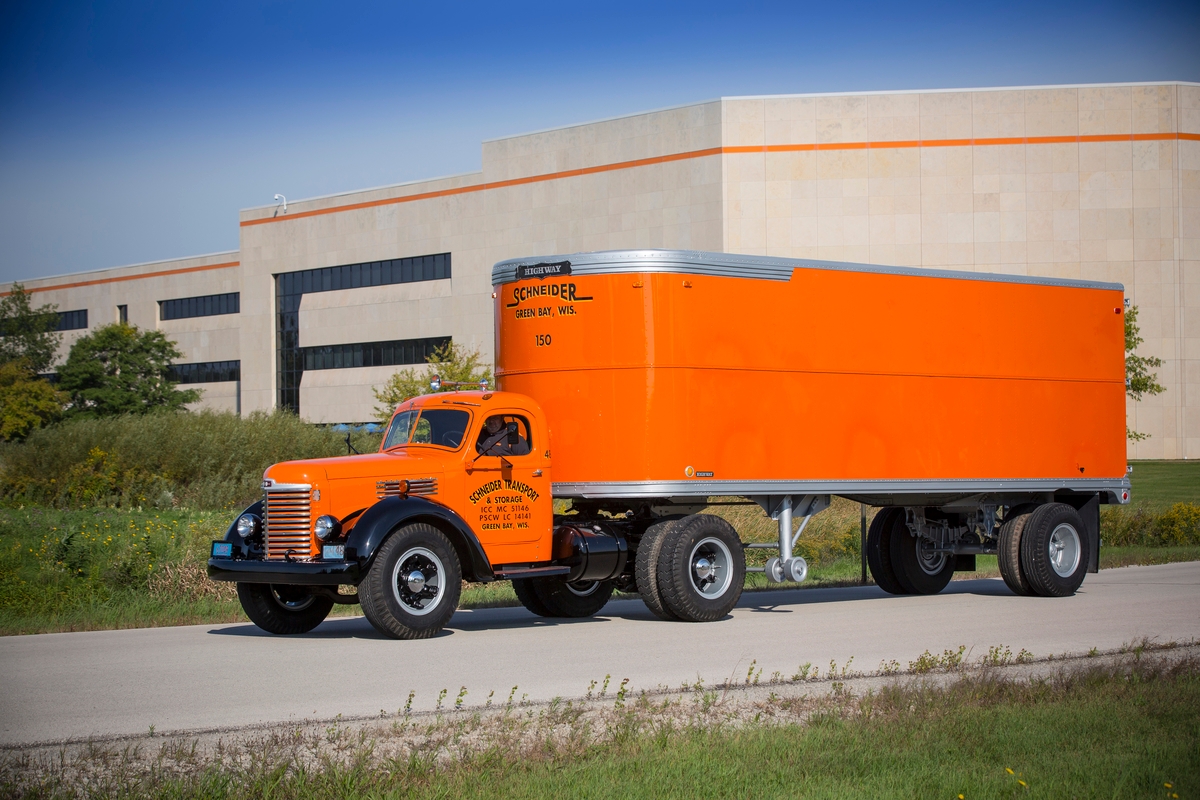 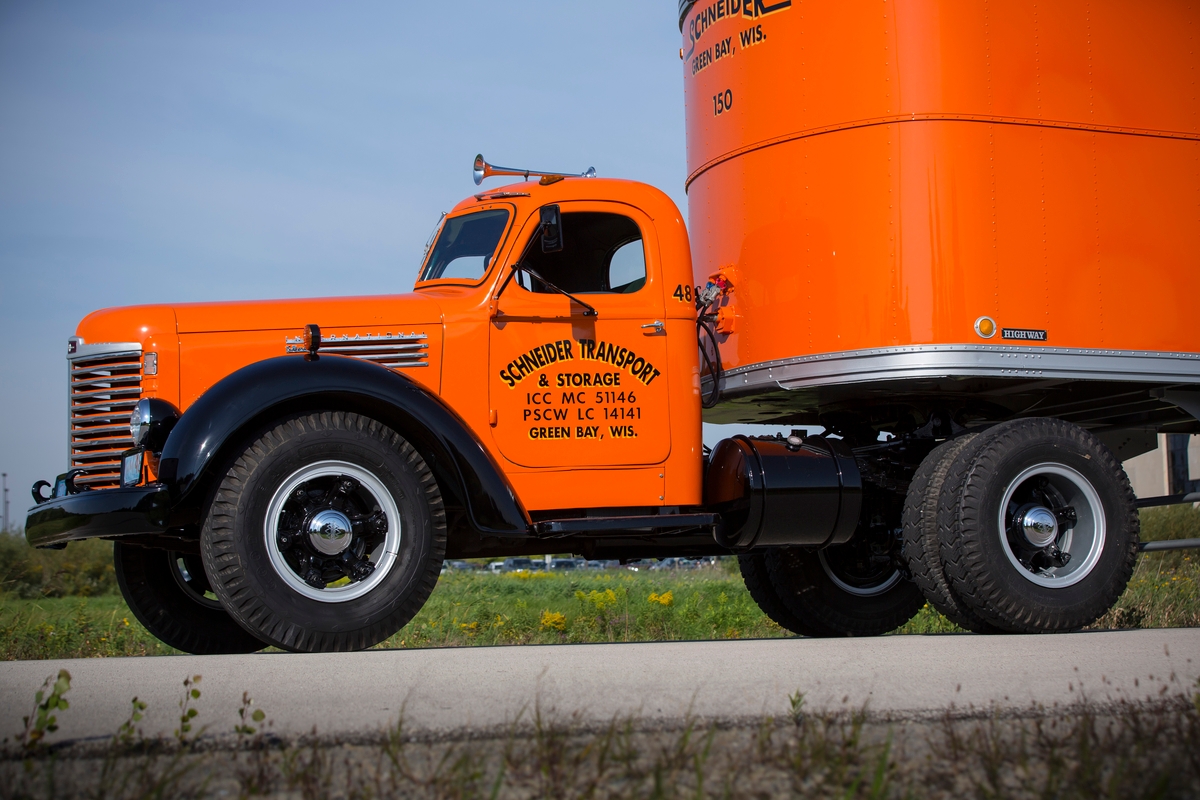 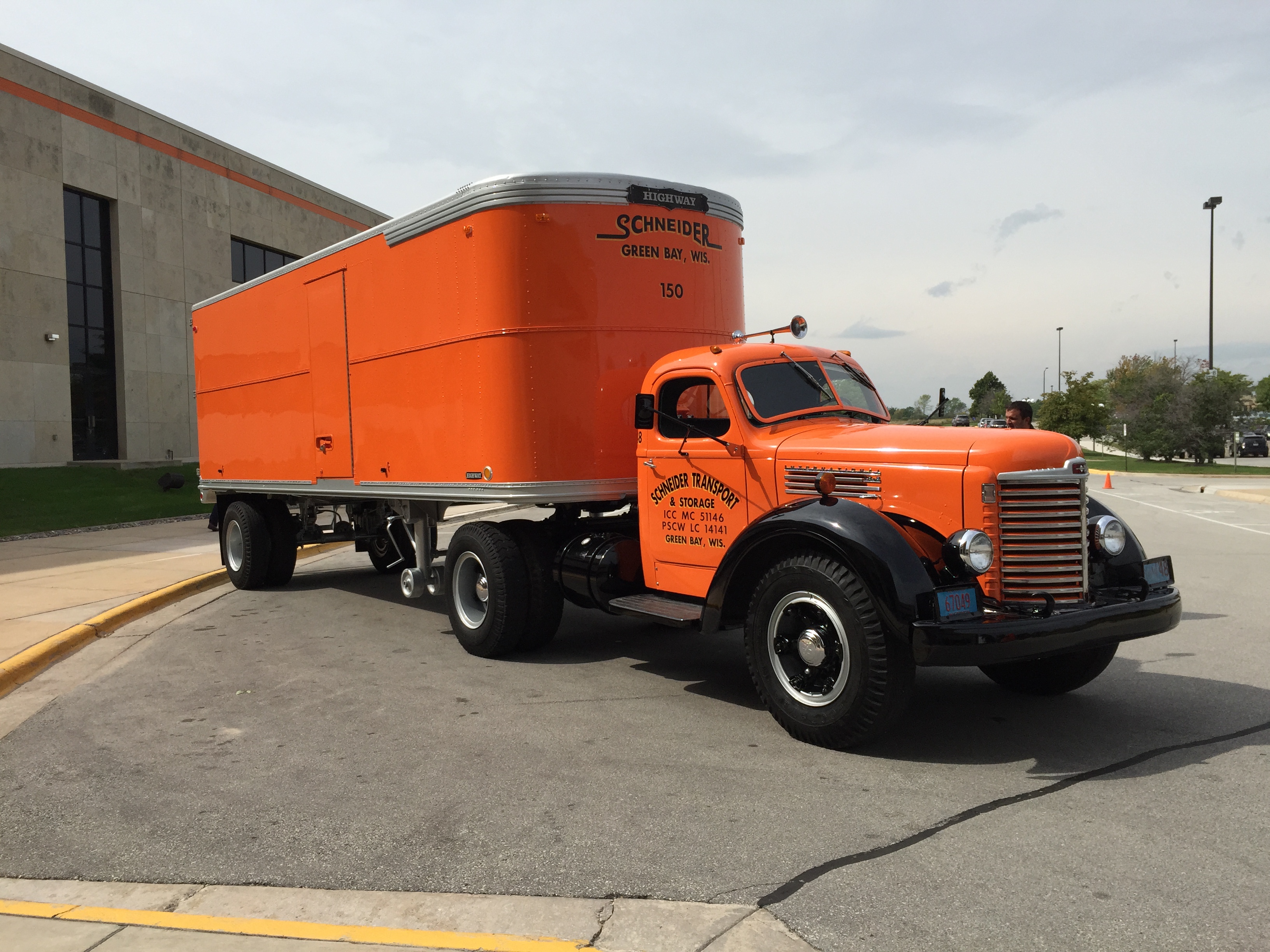 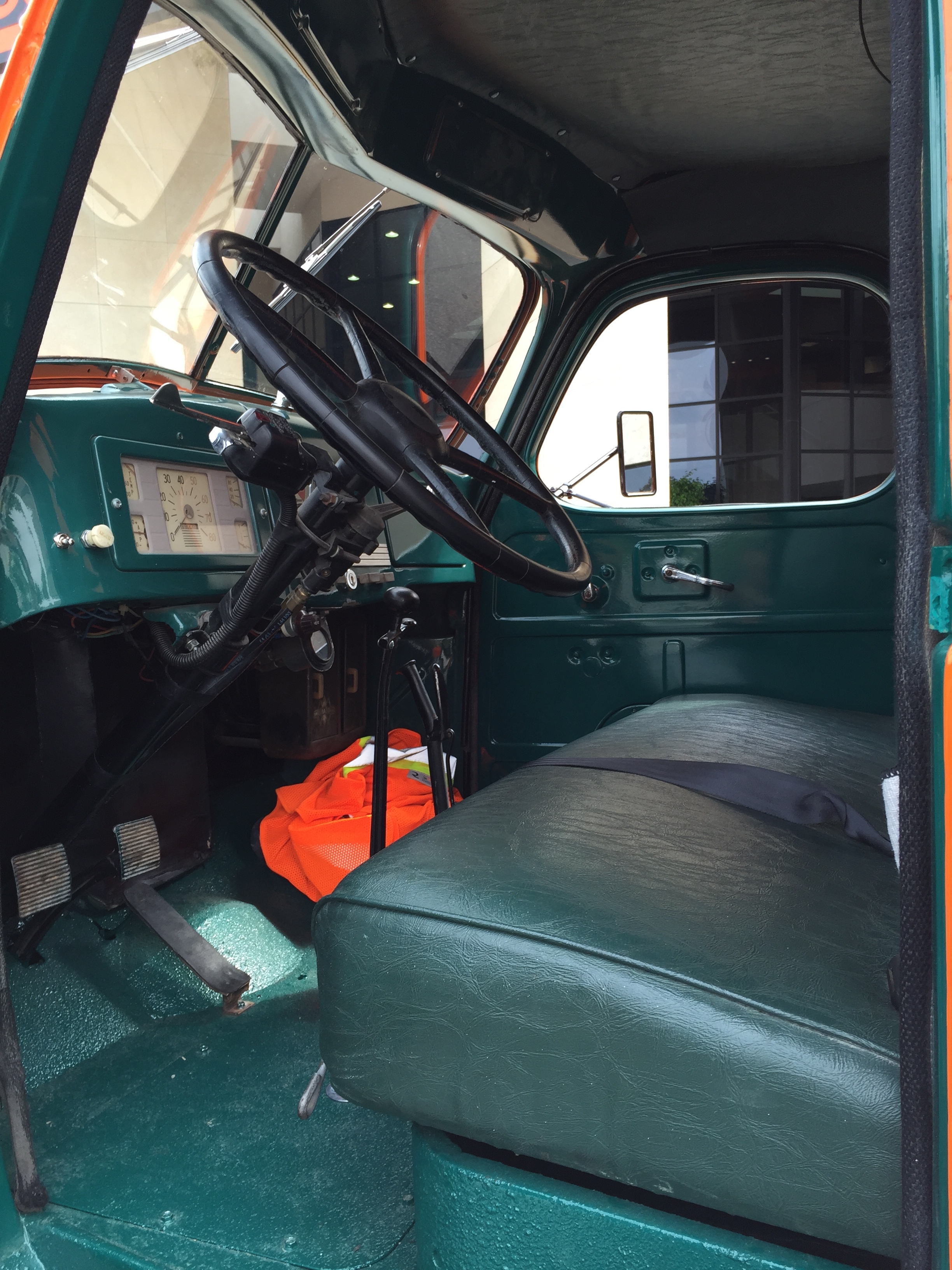 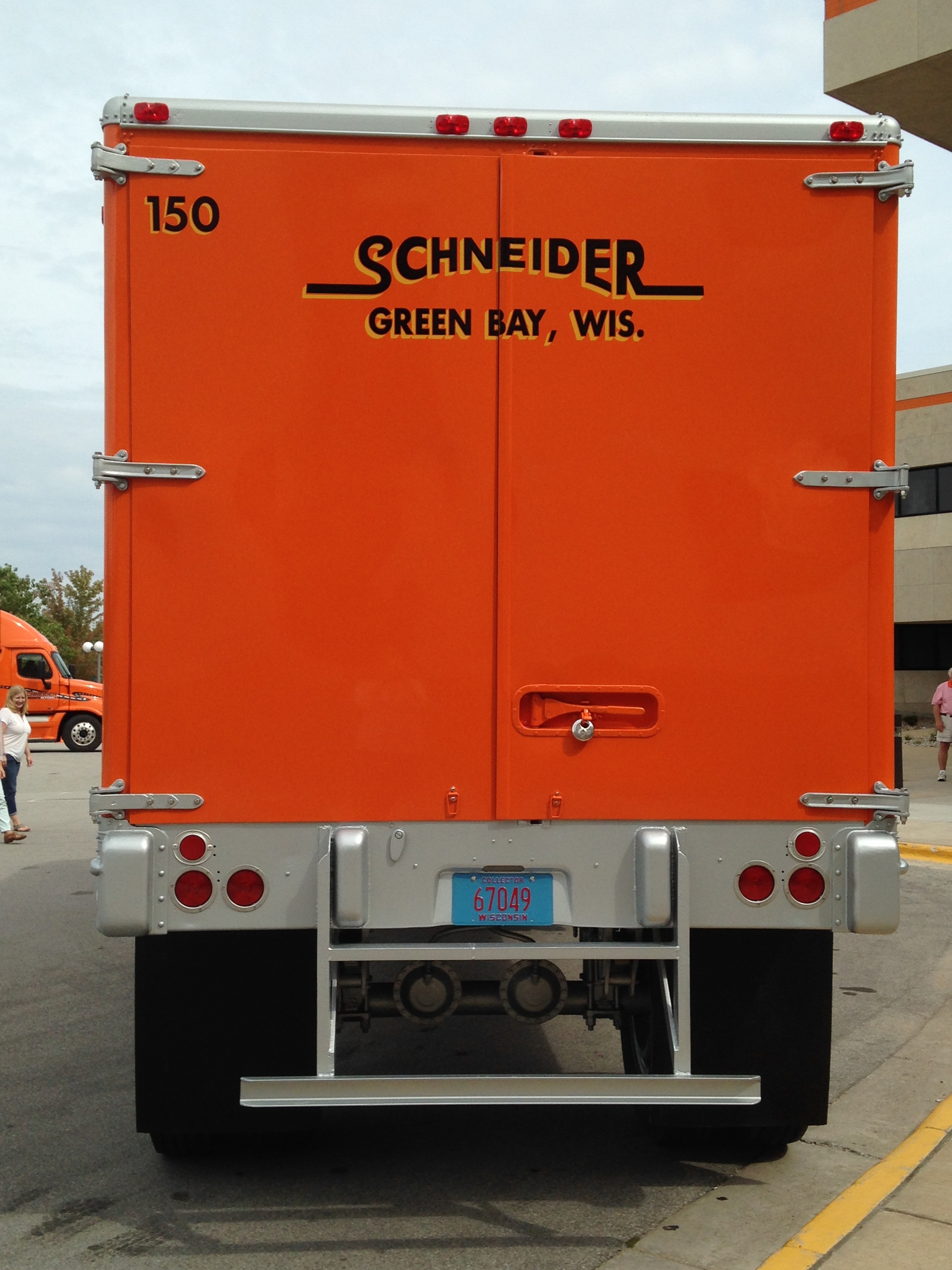 Learn more about driving for Schneider.

See what different driving jobs we have available, the benefits of being a Schneider driver, what our equipment is like and more.
Learn about our driving jobs
About the author

Herb has been with Schneider since July 1992. He started as a driver and became a training engineer, earning his One Million Mile award in 2000. He trained at three Schneider locations: Charlotte, Atlanta and Green Bay, and then worked as a Customer Service Engineer in Dedicated, starting up new accounts. He is currently Load Engineer Manager for Van Truckload and Flatbed, a member of the Curriculum Development team for driver training and the caretaker of Vinny, Schneider’s vintage 1949 tractor. 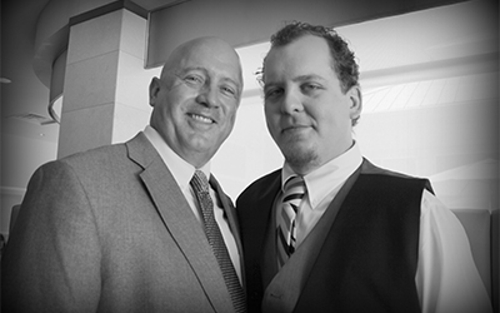 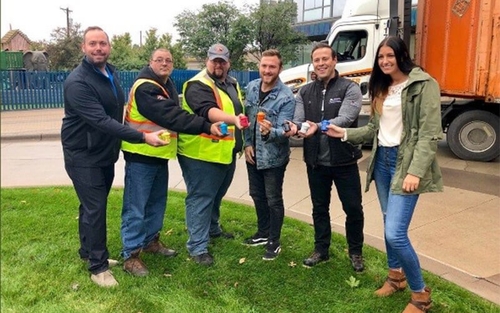