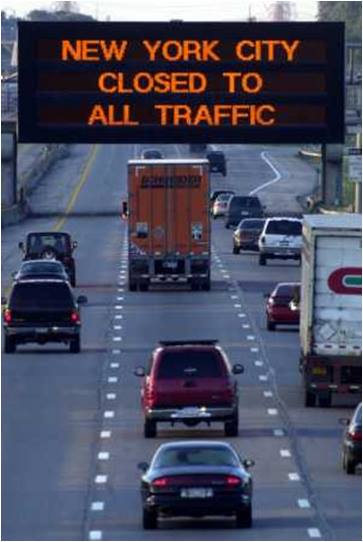 Everybody remembers where he or she was on that fateful day: September 11, 2001. The images and videos still conjure up fresh emotions — particularly for those who were involved in emergency and relief efforts at Ground Zero.

I was among them. My name is Bob Seidl, then a Schneider driver and now a Schneider Team Driver Advisor. Here is my firsthand account of how things transpired:

After the towers fell, there was a huge outpouring from the fine people of Northeastern Wisconsin to donate needed items such as bottled water, boots and gloves that the firemen and the FBI needed. I had called Schneider the day the towers fell and volunteered my services to drive relief supplies to Ground Zero if needed. Schneider called me on September 13 and said that the company had donated a trailer to be loaded with supplies headed for Ground Zero.

On September 14, I brought a trailer to the East Town Mall on the east side of Green Bay. When I arrived, there were hundreds of people lined up to donate. Kids were dumping their piggy banks, people were giving multiple pairs of $150+ work boots and thousands of hand-written cards. People stood in line for hours waiting to donate.

“The strangest thing was it was nearly completely silent. Television, newspaper and radio stations were on hand. Most of the people had tears in their eyes as they handed their items to me, shook my hand and wished me well on the journey.”

I was approached by several members of the media to ride along with me, and Otis Day from WIXX radio was approved to accompany me to Ground Zero.

We headed out and made it into Pennsylvania on the first day, and arrived at the Javits Convention Center just a few blocks from Ground Zero the morning of September 16. The massive pile of debris that had been the Twin Towers of the World Trade Center were still burning and smoking.

The New York City Deputy Police Commissioner made sure we were escorted in quickly and easily.

“We opened the trailer doors and swarms of firemen and FBI agents came to get fresh supplies. The boots they were wearing had the soles burned right off of them. The gloves were shredded by the jagged steel. We fashioned covers for the rescue dogs out of donated gloves and blankets as the dogs’ paws were in very poor condition.”

The fine grey ash coated everything. We handed out boots, gloves, water, blankets and other donations for hours, and when everyone had what they needed, we were sent to a nearby warehouse where the rest of the items were unloaded.

The firemen, FBI agents and everyone else who was digging in hopes of finding survivors were so very grateful to the people of northeastern Wisconsin that they were actually crying.

“The scene was horrific, but the gratitude of the people of New York was as overwhelming as the generosity of regular everyday people who made it happen.”

Once we were unloaded, the Police Commissioner had his officers give us a police escort right out of Manhattan to the George Washington Bridge and back to Wisconsin. Schneider and the everyday people came through again when the country needed them the most again.

We will never forget.

The importance of giving back.

Learn more about how Schneider acknowledges the importance of helping the community through the efforts of the Schneider Foundation.

Where were you when you heard the news, and how do you remember 9/11?

Bob has been with Schneider since 1995, and is a million-mile driver with a 10-year Consecutive Safe Driving Award. He has driven Van, Dedicated, Intermodal and Reefers, and has been both a solo driver and team driver with his wife Patty. He has also been a Training Engineer (TE), Operations Support Representative (OSR), classroom instructor and is now a Team Driver Advisor.

Spring is the perfect time to pick up some semi-truck cleaning supplies and clean out your truck....

Truck drivers are essential workers. Be inspired by these stories of heroes at work, and see how...

Improving environmental sustainability in the workplace

For over 40 years, Schneider has led the industry with innovative ways to improve...
Job Alerts