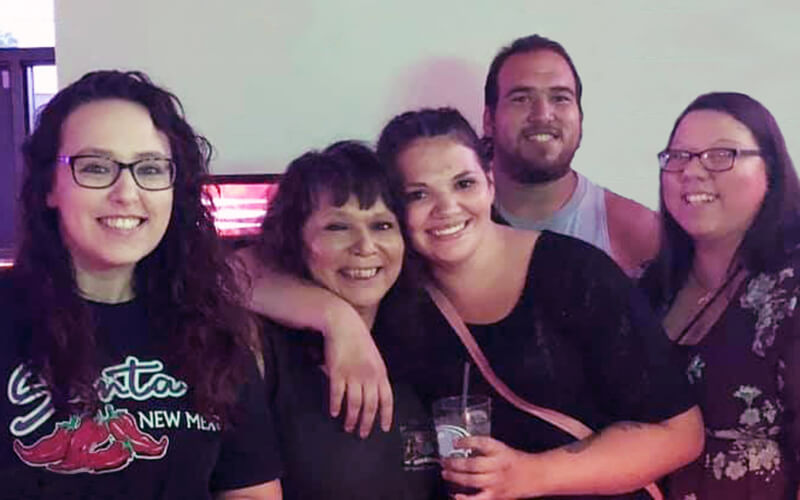 November is Native American History month which is intended to honor the contributions, achievements, sacrifices and cultural and historical legacy of the original inhabitants of what is now the United States and their descendants: Native Americans.

One of many Schneider associates who has Native American roots is Dawn Habeck. Dawn has been with Schneider for two years, where she started as a sales assistant and then moved to the Broker Success team in STM. In her current role, Dawn works with third-party carriers and large STM customers to help ensure high value freight is moving safely and on time.

“I love talking to drivers and our customers’ dispatchers; I’m able to get them the information they need to keep them moving,” Dawn said. “Of course, there are occasional challenges. Trying to reach drivers is sometimes difficult or catching someone when they’re having a bad day isn’t fun. But overall, it’s really rewarding”

Dawn’s Native heritage starts in Minnesota. Her family is Ojibwe (also referred to as Chippewa) and are part of the Turtle Clan centered in Onamia, MN and members of the Mille Lacs Indian Reservation.

There are numerous clans, but they are loosely divided into seven groups that have areas of responsibility. The Turtle clan (sometimes included in the Fish clan) is one of the groups charged with teaching and healing. In fact, Dawn’s grandfather was a medicine man in his clan.

“He lived in a little wooden house, and he never had anything that he did not make or farm himself,” Dawn said. “My mother instilled that in us – so that we learned to never waste anything we had.”

If there’s one myth that Dawn would like to dispel, it’s about reservations.

“Not all of them are poor and have problems, and likewise, they don’t all have a casino that pays members a bunch of money – that’s just not the way it is,” Dawn said.

Expression through dance and food

When Dawn was younger, her family lived in Minneapolis, but they would spend the summer traveling the pow-pow circuit throughout Wisconsin, Minnesota and Canada. If you’ve never been to one, pow-wows are an amazing celebration – filled with dance, vibrant clothing, singing, drumming, crafts, food and comradery.

Dawn’s mom and aunts would often win prizes for jingle dancing, which gets its name from the rows of metal cones attached to their dresses that make a distinctive sound as they dance. The pow-wow attire also often features intricate bead work, which Dawn and her daughters learned to create from Dawn’s mother.

“My mom taught my girls how to bead, and even though we aren’t involved with dancing anymore, they still make things like necklaces and key rings,” Dawn said.

Dawn loves to cook and eat traditional Native American food – and grew up with wild rice and fry bread often on the table.

“I always have a Sunday family dinner, which is important especially now that my children have grown and now that I have grandchildren,” Dawn said. “They love my corn soup!”

On a personal note

Dawn is especially proud of her four beautiful children and five grandchildren. She and her husband of 18 years live in Green Bay, and when they aren’t busy with the kids, they like to throw darts and play golf.

Her mantra? “You create the life you want; it’s not handed to you.”

Searching for a company that celebrates diversity and inclusion?

It’s one of our core values – respect for all. We live out that mission each and every day by treating everyone with dignity. We know it’s the key to our success.