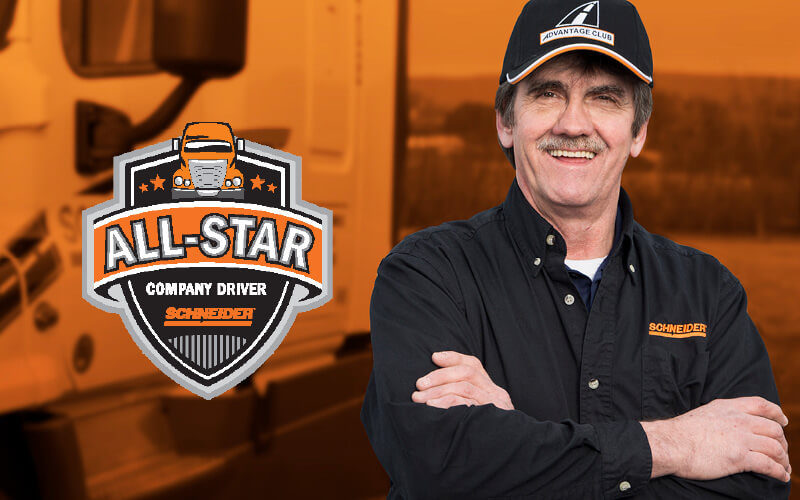 From dump trucks to semis, Schneider Dedicated driver Robert Faircloth has been driving some form of truck since he was 17 years old. Around the time Robert started driving trucks, he got married and began to build his family. Now many decades later, he’s found that family and truck driving still go hand-in-hand.

Before turning to trucking professionally, Robert was self-employed, selling and distributing pianos for about 20 years. Eventually, Robert grew tired of the headaches that come with self-employment, but he didn’t want to give up all the traveling and meeting new people that he got to do. So, he looked at his long-time fondness for driving with a new perspective: as a career path.

Despite Robert’s wanderlust, his constant desire to return home to his family is his most defining characteristic. In 2000 he joined a Schneider Dedicated account with Walmart, enjoying predictable freight, familiar lanes and lots of time home.

"As a Schneider Dedicated driver, I also get to be a dedicated family man," Robert said. "It’s the best of both worlds."

Meeting new people out on the road 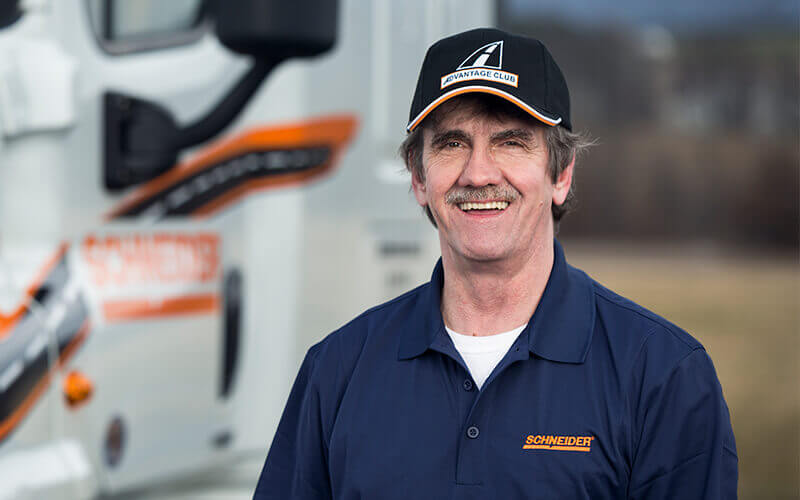 With the importance he places on family, it comes as no surprise Robert considers himself a people person. In fact, Robert’s favorite part of being a driver is all the people and clientele he interacts with. Since Robert works with just one customer, he’s had the chance to forge many lasting relationships.

"I’ve also met countless people out on the road over the years," Robert said. "They all have their own story to tell, and I’ve loved hearing every single one of them."

What Robert loves about Schneider

"It’s such a relief to know Schneider is there for me and my family through good times and bad."

"With a wife and two kids, you’re bound to encounter an unexpected sickness here or there," Robert said. "My driver business leader has always understood when I’ve needed some time to take care of problems at home."

The support and accommodation Robert has received from Schneider has allowed him to remain committed to his priorities as a husband and father.

“I put my family above everything else," Robert continued. "It’s such a relief to know Schneider is there for me and my family through good times and bad."

Enjoying the simple things in life

Above all, Robert appreciates the little things. His favorite deliveries are the ones just outside large cities, where he can take in a scenic country view. He loves driving through Canada and witnessing elk eating right on the side of the road.

With over 2 million miles driven and 19 years later with Schneider, Robert continues to enjoy walking the dog with his wife of 41 years, hunting with his son and daughter and grabbing breakfast with his buddies.

Search and apply for dedicated driving jobs near you.

Search and Apply
About the author