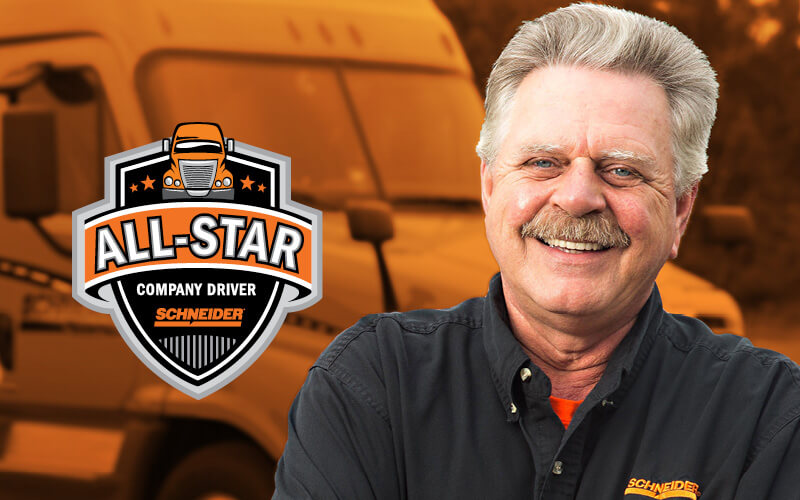 Schneider intermodal driver Kevin Lawrence has always had a lot of interests. From playing soccer and running cross country during the same season in high school to working a variety of jobs as a young adult, it took Kevin a while to figure out trucking was the profession for him.

After high school, Kevin was in charge of expediting catering services for the Hershey Motor Lodge & Convention Center, dabbled in real estate and fixed up cars, but it was his mechanical hobby that led him to a new career.

“I bought parts from a friend who owned a salvage yard,” Kevin said. “I asked him to teach me how to drive truck, and he let me deliver loads for him. This was the 1970s, and back then, you went to the state and self-certified, so that’s how I obtained my CDL.” 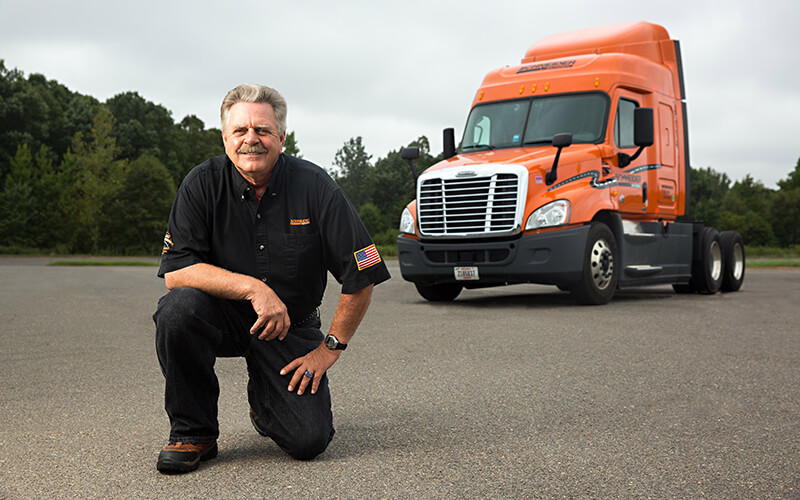 Kevin joined the Schneider team in the mid-80s as one of the first drivers in the company’s new Carlisle, Pa. operating center. However, after a few years, Kevin moved from Carlisle to Florida. He worked for a bulk transport company and made the move to owner-operator in 1992 while with that company.

When the rising fuel costs and lower freight availability hit in the mid-90s, Kevin took a break from driving and opened several sports bars in Gulf Reef and Pensacola. However, all three of his businesses were lost when two hurricanes hit Florida in 1998.

Kevin was forced to file for bankruptcy and took it as a hint that he should get back into driving. In March 1999 he bought a truck and leased-on as a Schneider owner-operator.

Life was good for Kevin until his truck was totaled in a no-fault crash in 2011. After injuring his spine, Kevin was hesitant to get back into the cab, but Schneider asked him to stay on as an intermodal company driver. He gave it some thought and decided to try it.

“Schneider provides the same level of flexibility I experienced as an owner-operator, which comes in handy when I need to focus on our family business,” Kevin said.

He and his wife own a small bakery in Rock Hill, S.C., so if he needs to pop by the store to help out, there’s no issue.

Kevin’s advice to others 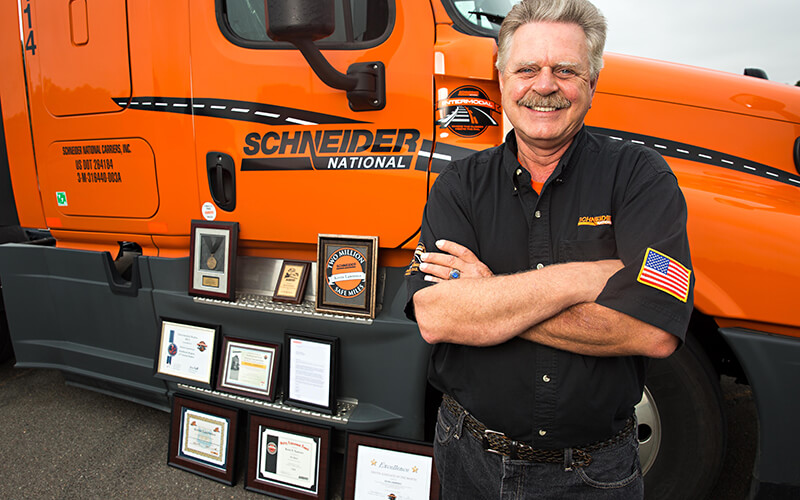 Over 2.5 million miles later, Kevin has some great advice for young adults today who aren’t sure what kind of career path they want to follow.

“Get in the truck and drive around the country,” Kevin said. “See things, make a good income and stay with friends and family when you’re home.”

Words of wisdom from a guy who has been around the block more than a few times—and isn’t slowing down a bit!

Learn more information about becoming an intermodal truck driver at Schneider, including what configurations we have to offer.