What is a HazMat driver? Benefits, annual salary and more 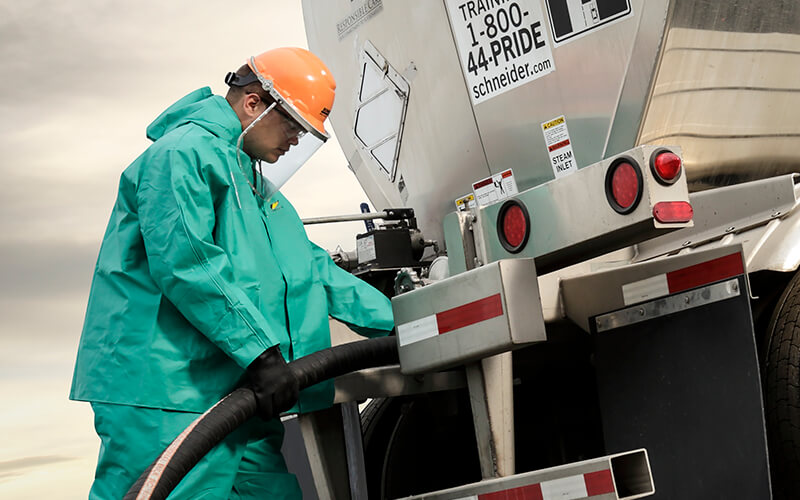 “HazMat” is an abbreviation for “hazardous material” and is a term that drivers will often see associated with Tanker driving. This is because many common hazardous materials such as gas, oil and other chemicals are liquid and must be carried in bulk via tanker trucks.

But what is a HazMat driver? And what makes them different from other truck drivers?

What is a HazMat driver?

HazMat drivers are professionals who transport corrosive, explosive, flammable, poisonous or otherwise dangerous material from point A to point B. These drivers differ from average drivers because they have earned a HazMat endorsement that allows them to transport hazardous material safely and legally.

How much does a HazMat driver make?

Tanker drivers are among the highest paid in Schneider’s fleet and earn more accessorial pay than the other drivers. But why does HazMat pay more?

HazMat truck drivers earn more because of the hands-on and specialized nature of transporting Tanker and HazMat loads. Schneider Tanker drivers can earn up to $85,000 and can also earn additional loading and unloading pay for each load.

Benefits of being a HazMat driver

The rewards of being a HazMat driver don’t stop at earning a higher salary. Getting a HazMat endorsement creates even more opportunities for drivers and includes the following benefits:

Stand out in your field:

Not every driver has a HazMat endorsement on their license. Those who do stand out among their peers. Drivers who are HazMat certified are seen as adaptable employees and are valued highly by their employers.

Drivers with an additional certification on their CDL can transport a wider variety of loads and freight. This makes these drivers qualified for more trucking jobs. More versatile abilities mean more job options to choose from and more job security for HazMat certified drivers.

One unique aspect of being a Tanker driver is the hands-on nature of the job. Tanker drivers become delivery specialists, as they are responsible for the loading and unloading of their tanker truck while simultaneously interacting with customers.

It’s important to note that there are a variety of liquid and bulk load options Tanker drivers can transport loads that are not hazardous. In fact, approximately two-thirds of Schneider tanker loads are non-hazardous.

However, in order to ensure the utmost safety and versatility of our drivers, Schneider requires all Tanker drivers to be HazMat certified. Schneider even helps drivers get their HazMat certification if still needed.

Get the hands-on work you want and gain access to even more driving opportunities by becoming a HazMat certified driver. Learn how to get your HazMat endorsement and get step-by-step instructions by reading our blog below.

Learn how to get a HazMat endorsement
About the author 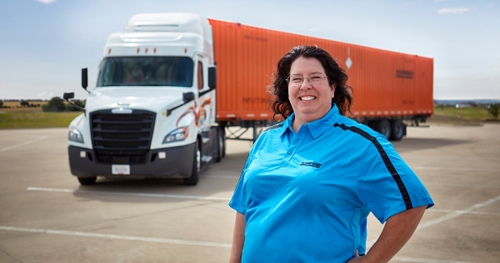 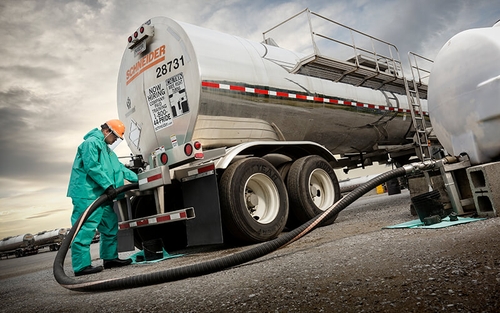 How to get a HazMat Endorsement: 5 Steps to obtain a HME 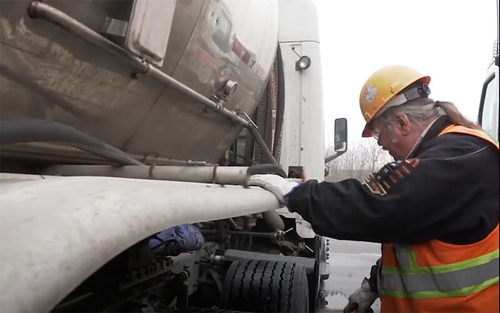 What is life like as a Schneider Tanker truck driver?

How to get a HazMat Endorsement: 5 Steps to obtain a HME

What is life like as a Schneider Tanker truck driver?