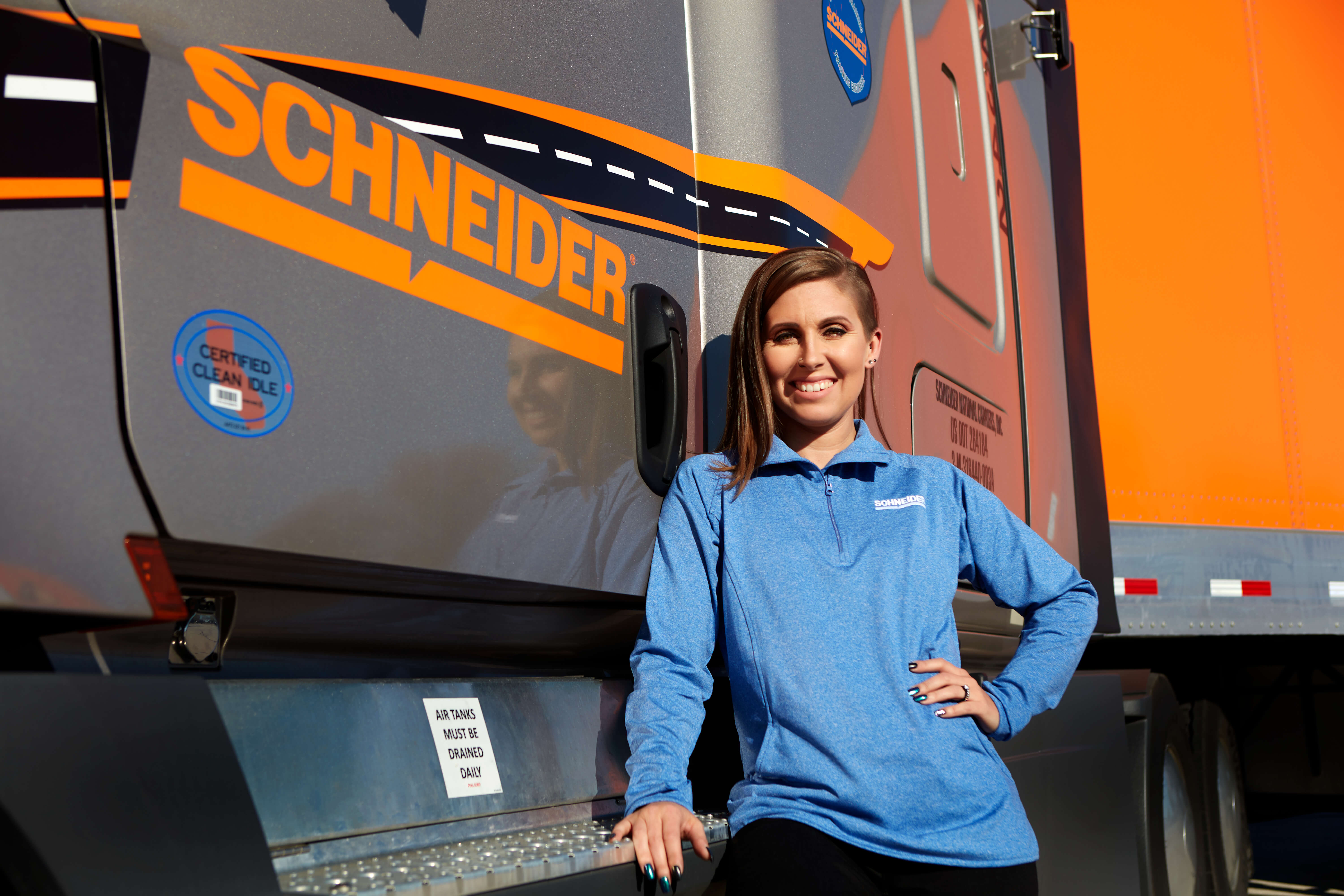 As a wife, mother of four children, truck driver and training engineer, KayLeigh McCall, wears many hats. Despite having so much to juggle, KayLeigh brings tenacity, resiliency and passion to her job every day, making her an asset to the Schneider team.

This made KayLeigh the perfect fit for Schneider’s 2021 Featured Female Truck Driver role.

KayLeigh received her Class B CDL in 2015 after working as a pastry chef for many years and feeling burnout in her job. She then drove a school bus for two years before obtaining her Class A CDL in 2017.

After driving a mixer truck for a concrete construction business for three years, KayLeigh joined Schneider in August of 2020.

Throughout this journey, KayLeigh discovered her passion for truck driving.

“I love everything about it,” KayLeigh said. “It's empowering. When I got my CDLs, I was in a rough place, and I needed something to help me feel better about me, to empower myself. And so, this has done it.” 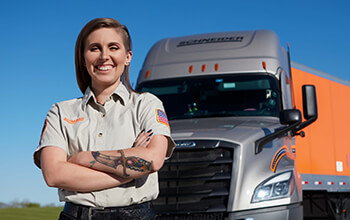 Doing what she loves out on the road

When she’s out on the road, KayLeigh is either hauling sea containers out of Savannah, Georgia on a Schneider Dedicated account, or she’s training a new driver while in the passenger seat.

Although she’s only been at Schneider for about a year, KayLeigh is already using her skills and knowledge as training engineer. It’s a job she’s felt called to do since she joined the industry.

“Every company everywhere needs female trainers,” KayLeigh said. “So I knew this was something that I wanted and needed to do.”

Making the most of her time at home

While being both a driver and trainer creates a new schedule for KayLeigh each week, one thing remains the same: she gets home every weekend. After driving 2,500+ miles Monday through Friday, KayLeigh loves nothing more than spending time at home with her son, three daughters, husband and pets on Saturdays and Sundays.

She recommends all truck drivers who are parents and/or spouses to take advantage of their time at home as often as they can.

“Don't think that you need to keep your driver door shut and make the miles because the money is not what's important,” KayLeigh said. “It helps, of course, but your time at home with your family is way more important than any check ever will be.”

Leaning on others for support while she's away

However, being away from home for a week at a time isn’t always possible without having people in your corner to provide support. For KayLeigh, it’s her husband, grandma and son who keep things running back home in Georgia.

“I have a great support system at home; absolutely phenomenal,” KayLeigh said. “I couldn't have asked for a better person in Dawson to help take care of the kids and house. My grandmother also lives right next door to us, so she's there all the time, doing whatever I need her to do. And of course, my son is old enough to drive and has a car, so he does a lot of running around for me.”

No. 1 piece of advice for other parent truck drivers

Make no mistake, though. Those five days when she’s out on the road are not easy for KayLeigh. But over time, she’s found a way to make time for her family every single day, regardless of where in the country she’s parked.

She encourages other drives who have a family to do the same.

“My phone calls home every night – that’s my family’s thing,” KayLeigh said. “Throughout my day, driving, I make note of interesting things or places that I saw along the way. Then, when I talk to my kids in the evening time, we sit there and have a conversation about what I'd seen.” 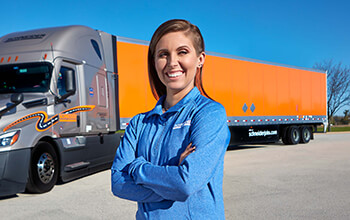 Challenges she has to overcome

While KayLeigh believes women make just as good of truck drivers as men, she is the first to admit women often face more challenges than men do in the role.

“The most challenging thing that I've run into so far is definitely some of the more physical parts of the job,” KayLeigh said. “I'm five-foot-tall and about 110 pounds so some things are way more difficult for me to do.”

KayLeigh doesn’t consider these types of things roadblocks, though. In her eyes, they’re just obstacles she finds ways to overcome.

“I have to adapt and figure out a different way to do them,” KayLeigh said. “It might take me a little bit longer, I might even have to go and find someone to come and help me, but I'm still going to get the job done … just in my own way.”

Being the 2021 Featured Female Truck Driver

With this opportunity, KayLeigh hopes to prove to women that they can become truck drivers, no matter where they’re at in their life.

“As the Featured Female Truck Driver, I want to be able to empower women,” KayLeigh said. “Just for them to be able to look at me and say, ‘Hey, she can do it. Maybe I can too?’”

Because truck driving may be exactly what other women need to become more confident and fulfilled, just like it did for KayLeigh.

“It makes you feel great to be able to control this huge piece of machinery and do it well,” KayLeigh said. “It's not easy, but once you've learned it and gotten the hang of it, it's one of the best feelings in the world.”

Want to know more about KayLeigh?

Get to know more about KayLeigh McCall, her journey to becoming a truck driver and why she loves being out on the road by watching her 2021 Featured Female Truck Driver video.

Watch video
About the author 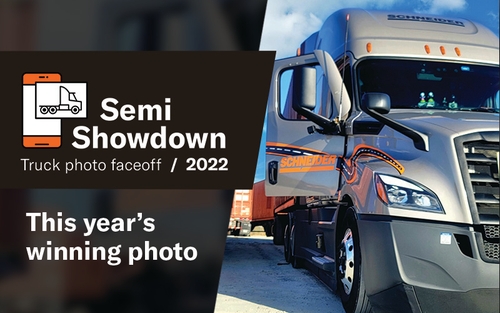