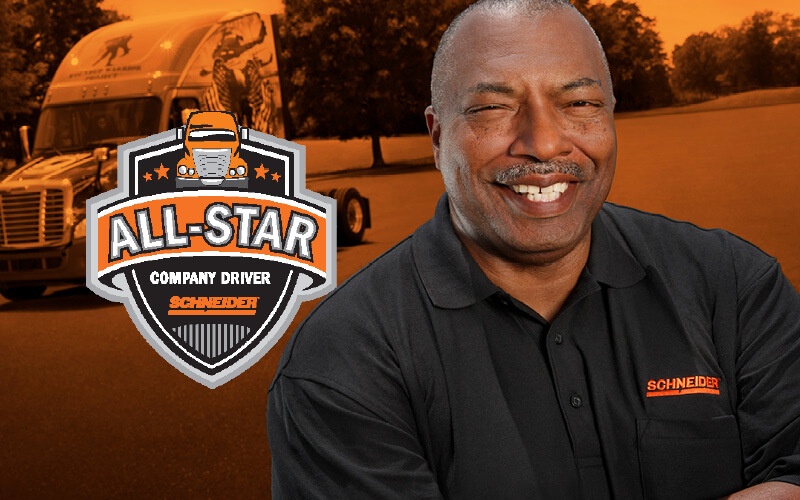 Schneider All-Star driver Randy Twine has packed a lot into his life.

When he transitioned to the Army National Guard in 1993, Randy also joined Schneider as a truck driver. He gained experience as an Over-the-Road and Dedicated driver, and ultimately become one of Schneider’s Ride of Pride drivers in 2014. Today, he has hit nearly 2 million safe driving miles.

Although Randy has experienced so much in his life, he takes none of it for granted.

From a small town to the big world 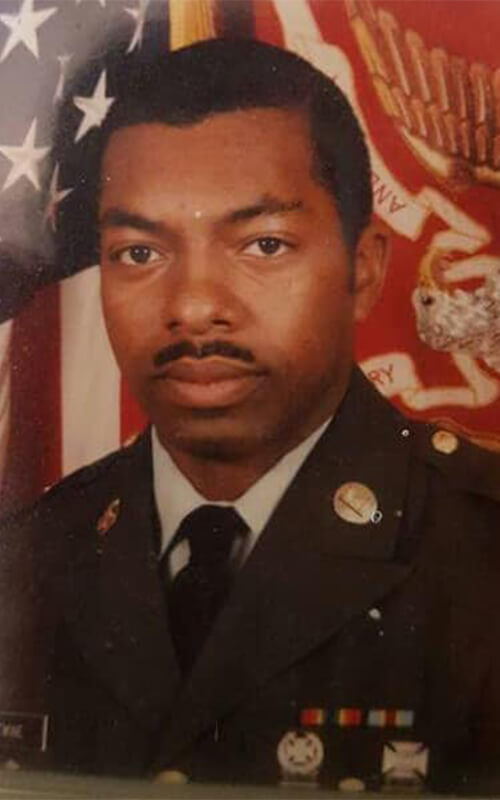 Randy grew up in Elizabeth, N.C., and when his three brothers followed their father into the U.S. Army, Randy’s sense of patriotism flourished and he, too, decided to join the service after graduating from high school in 1981.

“I love this country,” Randy said. “I could have been born anywhere in this world, but I was born here. Because of that, the sky was the limit. I could have been president, a politician, a carpenter, a mechanic. But someone must protect those freedoms so we can all pursue our dreams, and I was compelled to be one of those people to protect that freedom. It’s not free.”

During his 12 years as a combat engineer in the active Army, Randy served overseas several times. In fact, he met his wife Maria when they were both stationed in Germany.

Schneider and the military 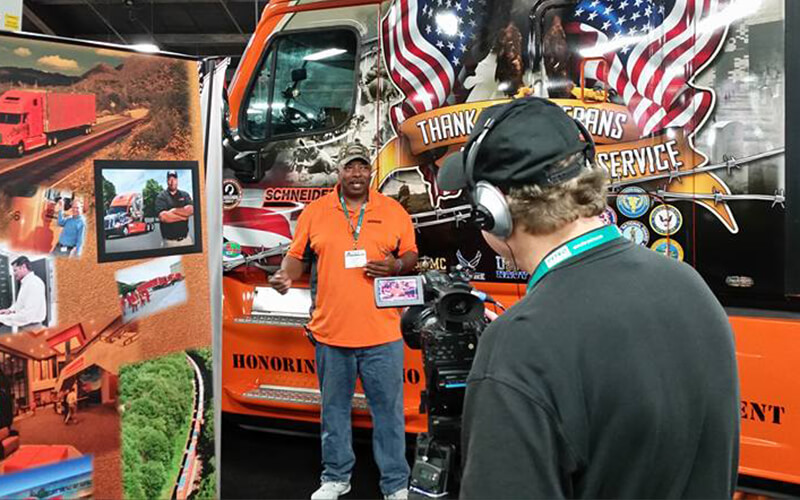 In 1993, Randy made two significant moves: he transitioned from active duty to the Army National Guard, and he started his civilian career as a professional truck driver with Schneider.

“I wanted to do something where you could spend some time at home but also make a good living,” Randy said.

He attended a job fair, and it was clear Schneider was the perfect fit because of its commitment to the military.

“Because Schneider is such a strong supporter of military service, they never gave me any problems when I had to leave for drills,” Randy said. “Plus, from day one with the company, you are guaranteed to have a job when you come back from military duty. That stability was very important to me when I was deployed to Iraq and Saudi Arabia several times in 2002 and 2003. So many people I served with couldn’t believe I had a job actually waiting for me back home.”

Being a Ride of Pride driver 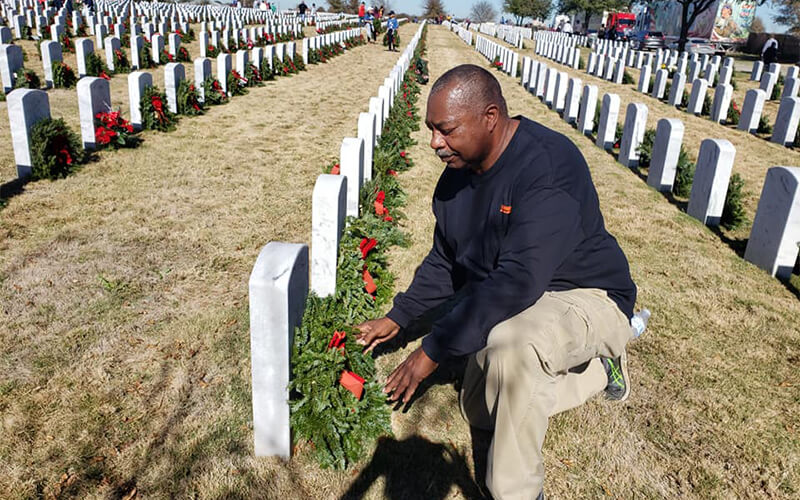 In May of 2014, Randy started the grandest adventure of his driving career when he was selected to serve as the captain of Schneider’s 2014 Ride of Pride truck.

Between June 2014 and June 2015, Randy and the Ride of Pride truck traveled around the country to attend military-related events, parades and festivals.

“The truck is a visual reminder of the people who have served and are now serving our country, and taking it around the U.S. gave me the opportunity to talk to those individuals and their families,” Randy said. “You have to be a good listener for this job, but I don’t consider it to be a job. It’s just a very special honor.”

Randy’s 2014 military-tribute truck was decommissioned in 2019 due to old age. Randy is now currently the captain of a new truck and will always be remembered as one of Schneider’s prestigious Ride of Pride drivers. 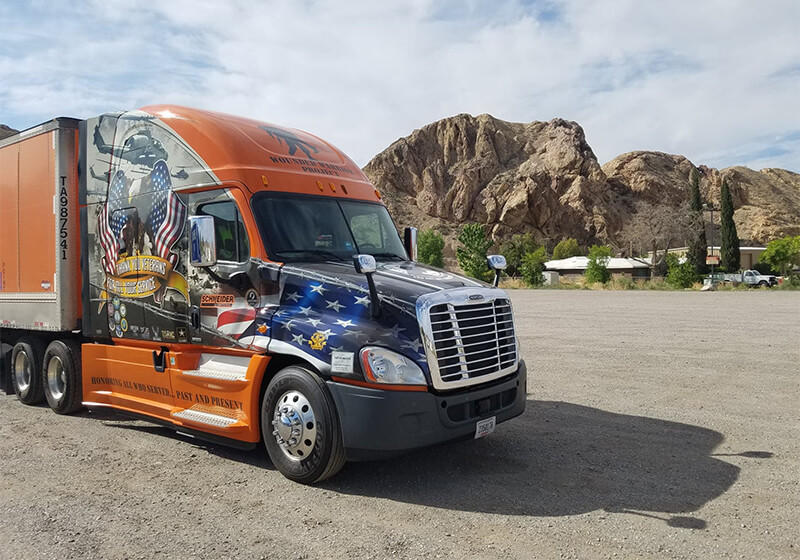 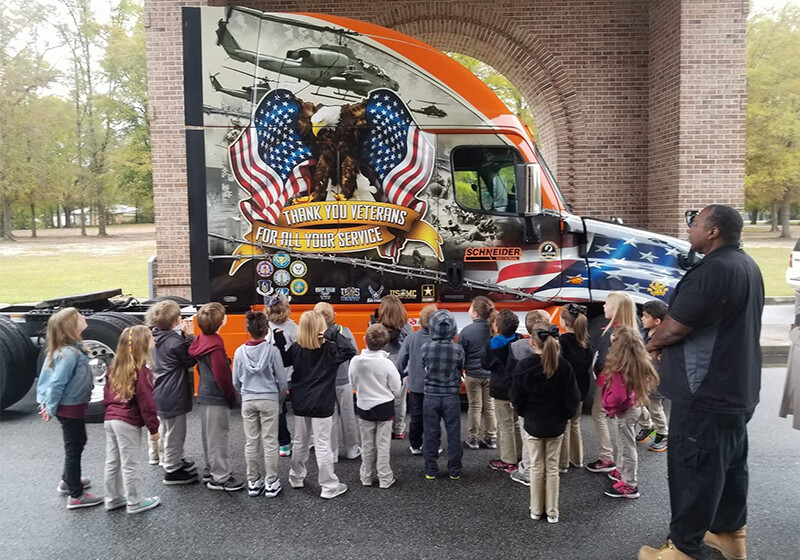 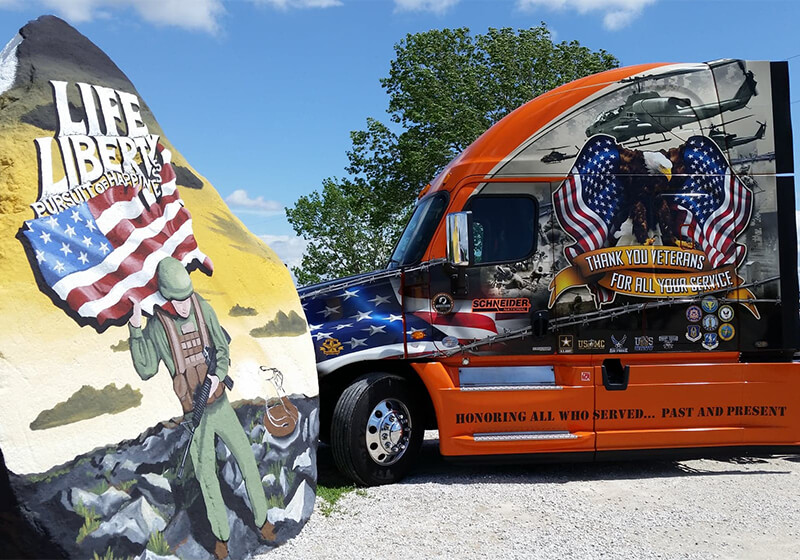 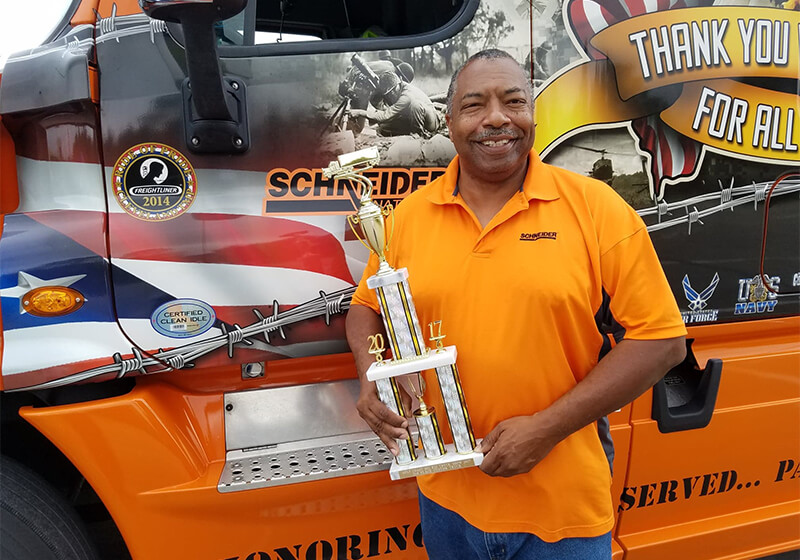 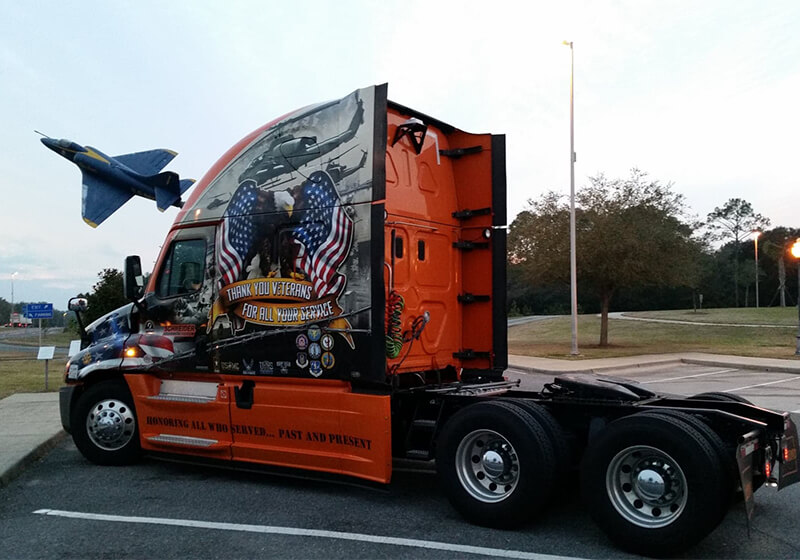 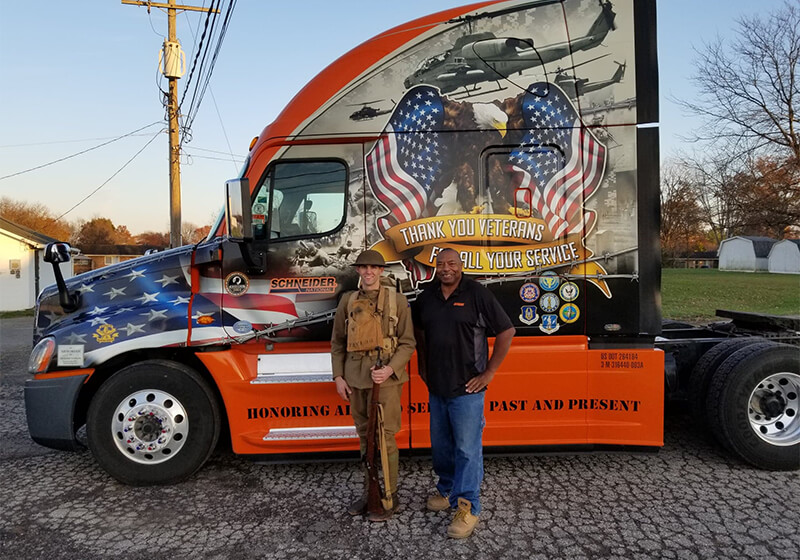 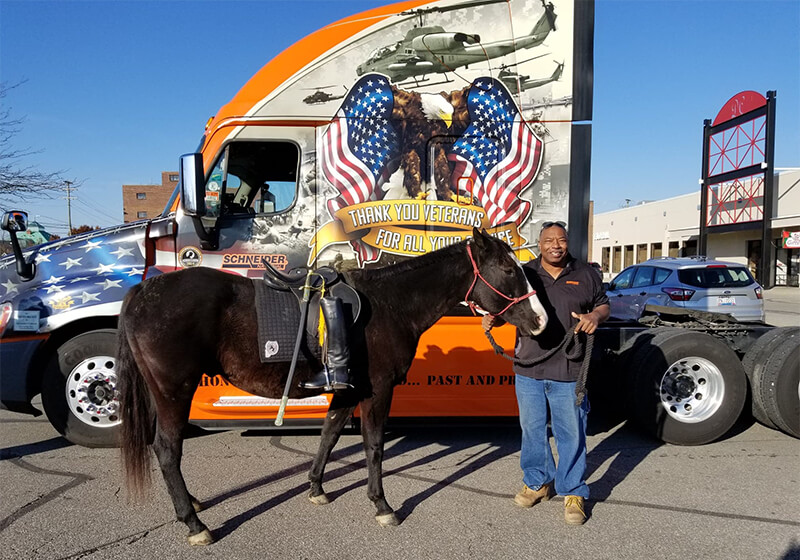 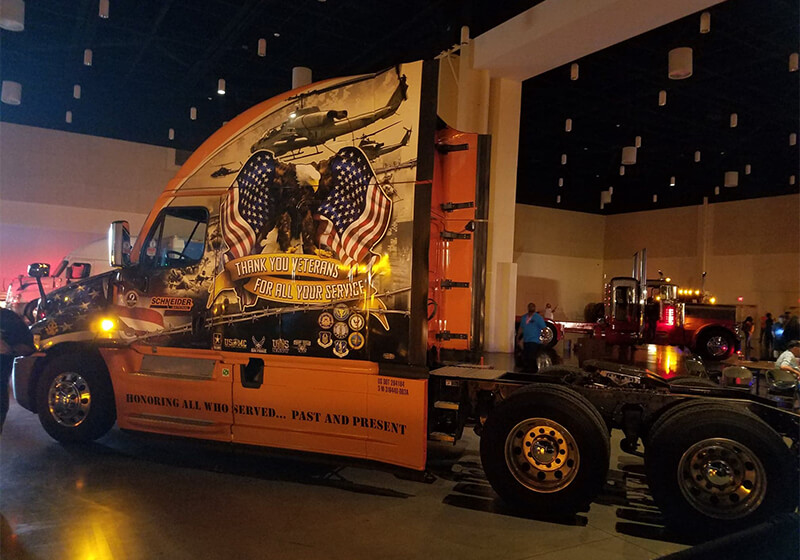 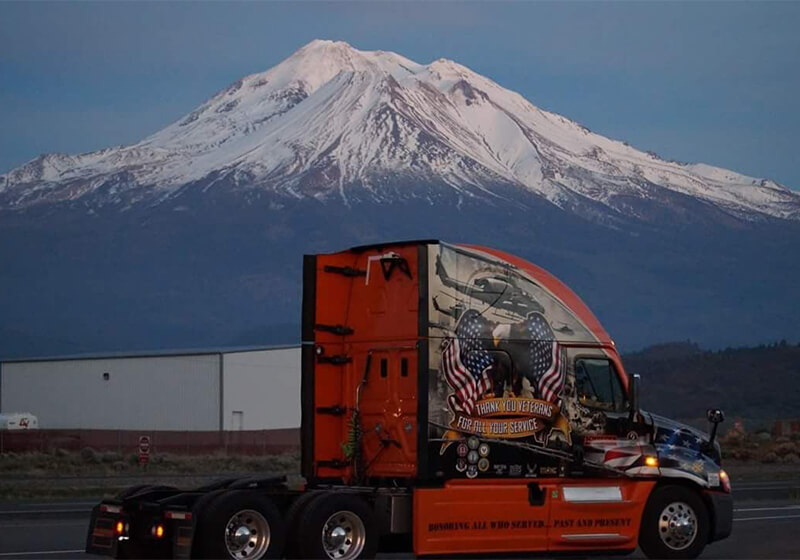 Ready to make a career change?

Search for open positions near you and see how a truck driving job at Schneider will open doors to opportunities.