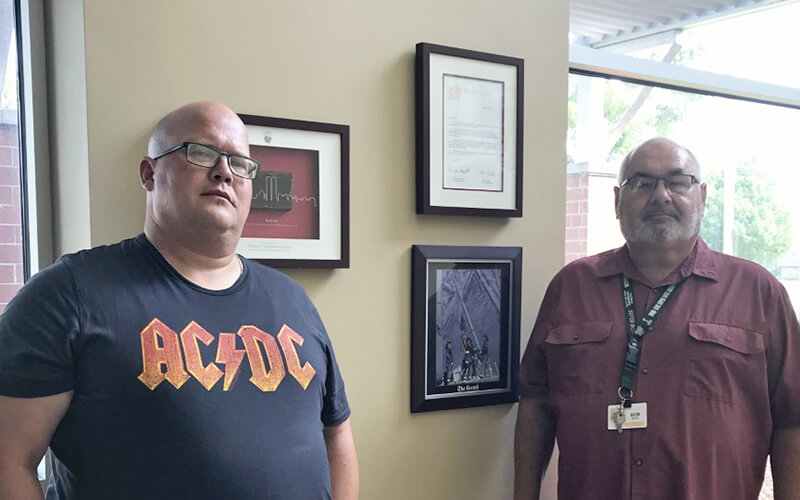 On September 11, 2001 Bob Seidl was in the middle of instructing a HazMat course at Schneider’s Green Bay Training Center when he heard the news that planes had crashed into the World Trade Center towers.

Within the next three days, Schneider had organized a relief effort dubbed “Operation Noble Eagle” to deliver donations from Wisconsin to New York City. Bob was one of three drivers who stepped up to take part in the relief effort.

We decided to sit down with Bob to talk about what he remembers about that journey he made 20 years ago, how he commemorates 9/11 every year and what he learned from the tragic event.

Although Bob said he has a lot of strong memories from his experience at Ground Zero, one that specifically stood out occurred after he had spent the day delivering supplies to first responders.

“I went to park on the Jersey side of the river and just sat there by the docks right across from the pile,” said Bob. “I just sat there in the driver’s seat all night watching that pile. The helicopters flying over it with spotlights, the water being dumped on it. The next thing I knew, the sun was coming up. 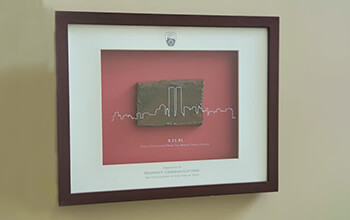 Although 9/11 continues to be a difficult topic for Bob, he said there is one particularly meaningful tradition that he performs every year to honor those who were impacted by 9/11.

Before departing for Operation Noble Eagle, Bob had attached two small American flags to his hood mirrors, which he kept on his truck until he returned home. Those flags may be small, but Bob said that they carry extraordinary meaning.

“It’s the little things,” Bob said. “I still have the two little flags that we had on our hood mirrors that we took to New York that day. I take them out on September 11 and put them in a place of prominence in my yard for a few hours.” 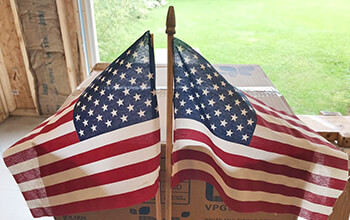 Remembering lessons learned on the road to Ground Zero

This tragic event influenced nationwide thought and reflection, and Bob said he learned a great deal in the days following 9/11.

The following are just a few valuable lessons Bob learned during his time driving for Operation Noble Eagle that he still feels hold true 20 years later.

We are stronger together

One of the biggest things that stuck with Bob after 9/11 was how quickly the nation came together to support one another after the terrorist attacks.

From the lines of people waiting to donate relief supplies, to the overpasses lined with flags, banners and people, Bob said there was an overwhelming sense of togetherness across the nation.

Upon arriving in New York City, Bob distributed food, water, gloves, boots and other essential supplies to first responders at Ground Zero. Bob said the generosity and support from Wisconsinites truly made a difference that day.

Not all heroes wear capes.

Bob said people have called him a hero for taking part in Operation Noble Eagle, but he feels he isn’t the one who deserves the credit.

“I just happened to be in the position to help,” Bob said. “Anybody would have done what we did. It was all the ordinary people from Northeast Wisconsin doing extraordinary things and donating all of those supplies.”

Bob said he was just doing the job of a truck driver, delivering supplies.

“We take care of America as truck drivers,” Bob said. “It’s what we do. The country needs it, so we get it done, and 9/11 was no different. Those people needed relief, supplies and help and we provided that. “

Learn more about Bob’s journey to deliver supplies to New York City after 9/11 in his previous blog. Learn what he saw when he arrived at Ground Zero and why he will never forget that tragic day.

Read Bob’s blog
About the author 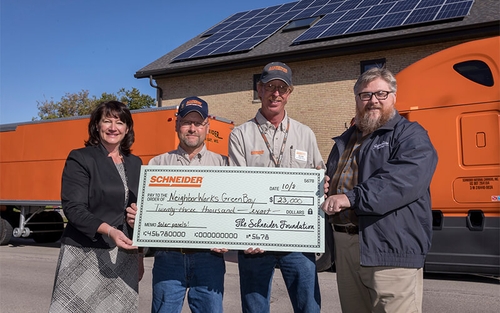 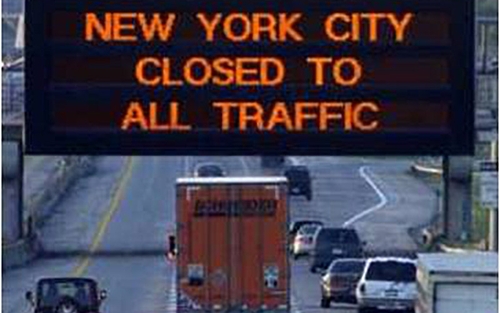