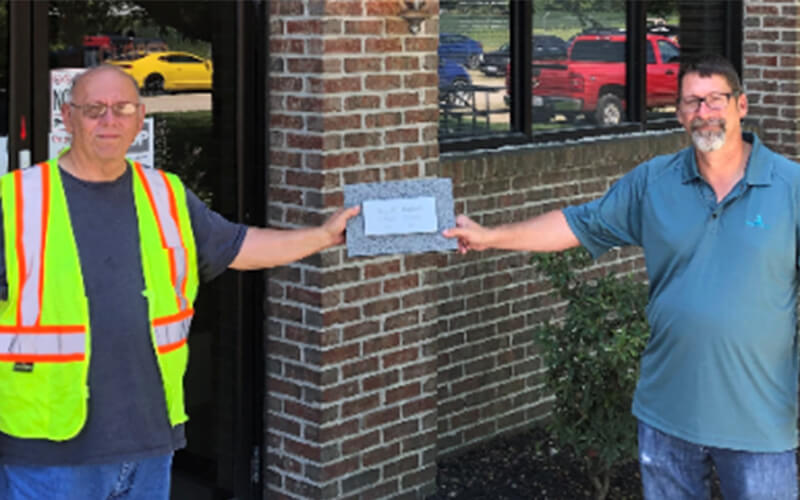 About 30 years ago, the spacecraft Galileo took the first photograph of Earth and its moon in their entirety. To get them both in the shot, the picture was taken from four million miles away.

Around that same time, Mike Darras was just starting his career with Schneider. Fast forward to today, he’s driven more safe miles than Galileo had flown. If Mike had done it in a straight line, he’d be able to take the same photo!

Early years as a Schneider driver

Mike’s first route for Schneider was driving Over-the-Road in a cab-over tractor. While he liked seeing mountains on the horizon, after a few years Mike wanted an opportunity that would let him stay closer to home in Van Wert, Ohio and near his wife, Helen.

In 1993, he became a Dedicated driver for an account that manufactures components for electrical, aerospace, hydraulic and vehicle products. Mike was the first driver on the account, and he’s now the most tenured.

“I like the stability of my account and route,” Mike said. “I have a set run time every week, so I get regular home time and regular pay that I can count on.”

Being involved in special events 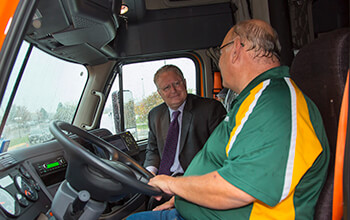 Because of his performance and safety record, Mike was selected to drive the 25,000th Schneider Freightliner truck off the assembly line in 2013. The tractor was immediately recognizable with its “Built to Last” decal on the side.

“I got to take [former CEO] Chris Lofgren for a ride in it, so that was fun!” Mike said.

Taking part in that event led up to another in 2014 when Mike participated in the ribbon-cutting ceremony for the refurbished Schneider headquarters’ lobby and newly installed Haul of Fame.

The Haul of Fame showcases the names of drivers who have achieved at least three million safe miles and/or 20 consecutive years of safe driving.

Now when he stops by Green Bay, Mike jokingly says he checks “to make sure they didn’t take my plaque down!”

Advice for other drivers 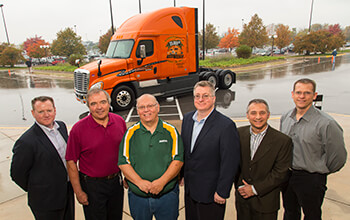 When asked if he had advice for new drivers with fewer miles under their belt, Mike took the straightforward approach.

“Along with patience, I would say, don’t get in a hurry, watch what you’re doing and use the training that Schneider provides,” Mike said. “Other motorists are going to do stupid things. You just have to take a deep breath and have a lot of patience. A lot. If you get upset, that doesn’t do anyone any good.”

And with a wife, three children and two grandchildren counting on him, making it home safely is a top priority of Mike’s.

Apply now for a truck driving job at Schneider and be on your way to becoming a million-mile driver or more!