How many hours can a truck driver drive?

How many hours can a truck driver drive? In summary, a truck driver can drive 11 hours before needing to take a 10-hour break, while also complying with time logging requirements and following several other Hours of Service rules. All are described below, including some potential rule changes. 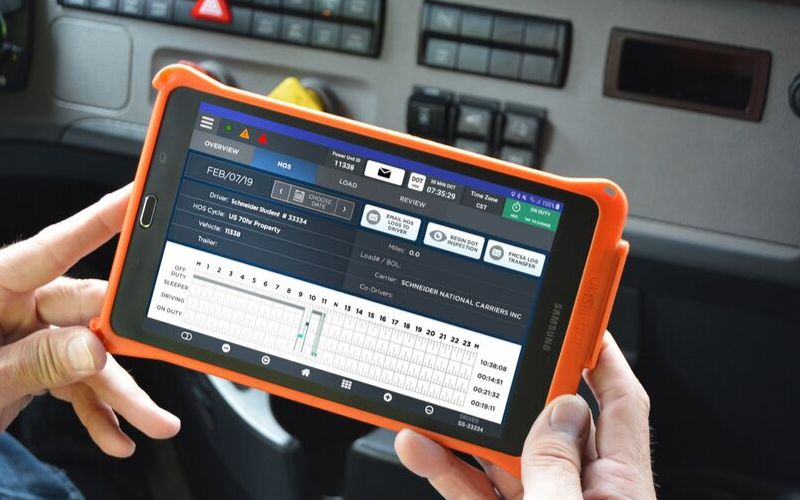 Most electronic logs capture driving time automatically. Truck drivers are responsible to accurately record non-driving time, and logging is federally required, including keeping a paper logbook in the truck as a backup.

Know the Hours of Service rules (and exceptions)

These DOT regulations describe both how long a truck driver can drive and how long he or she can participate in non-driving work. The HOS rules and exceptions are summarized below.

This is the rule summarized above that a driver cannot drive more than 11 hours following 10 consecutive hours off duty (10-hour break).

Once you start your day after at least 10 hours off duty (10-hour break), you may not drive after reaching the 14th consecutive hour working.

A driver cannot drive after the eighth hour of their shift without taking an off-duty break of at least 30 minutes before driving again.

A driver cannot drive after having been on duty 70 hours in any eight consecutive days. A driver can (but does not have to) reset the 70-hour clock by taking a 34-hour rest period, often called a 34-hour reset. 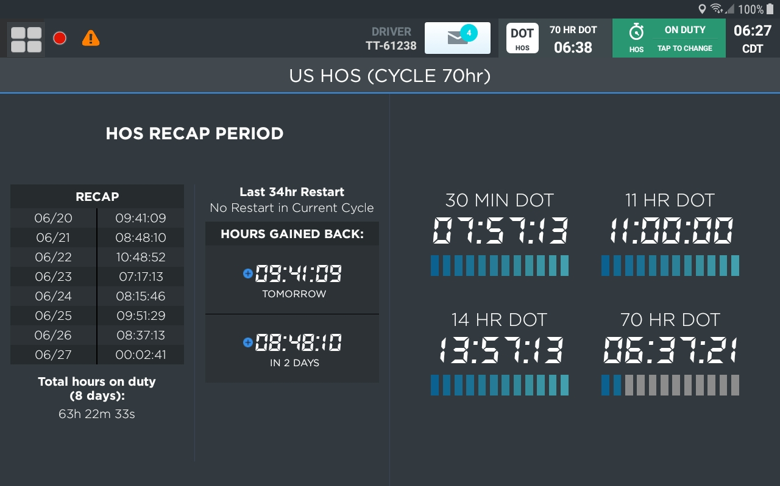 8 and 2 split or split sleeper rule

An 8-2 split allows drivers to sometimes split a 10-hour break into two segments — eight hours and two hours at separate times. After each partial rest break, drivers must count the driving time from before that rest against the current clock, so the split sleeper time can get confusing and interfere with healthy sleep patterns. In fact, many carriers, including Schneider, do not allow split sleeper berth breaks.

Other exceptions to the Hours of Service rules

Hours of Service regulations do allow some exceptions, though it’s up to each driver to understand their appropriate application.

Read the full Hours of Service regulations and understand any company-specific rules to stay compliant.

Common questions about how long truckers can drive

How many hours can a Team driver drive?

The rules are the same for Team and Solo drivers, so it’s up to each Team to maximize driving time for each driver within the rules to keep the truck moving. 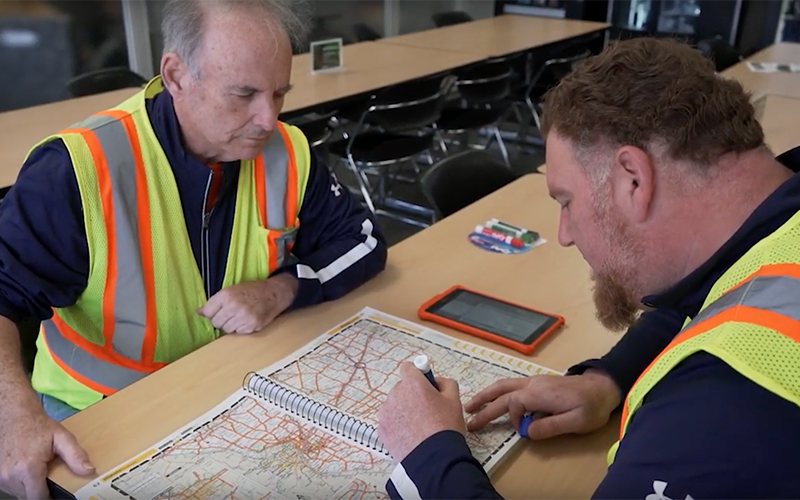 How many miles can a truck driver legally drive in a day?

Regulations do not restrict the number of miles a truck driver can drive — only the time. A driver can strive to maximize miles within the time allowed, provided all other traffic laws are followed and nothing is compromising safety (e.g. fatigue or illness).

What happens if a driver violates the Hours of Service rules?

Drivers may be placed out of service and fined for a regulation violation (e.g. 14-hour rule violation), falsification of logs or failing to record a duty status; a driver and carrier Compliance, Safety and Accountability (CSA) score may be impacted and civil penalties are possible, depending on the severity.

Isn’t the FMCSA proposing Hours of Service rule changes in 2019?

On Aug. 23, 2019, the FMCSA published a notice of proposed rulemaking on changes to HOS regulations, including five key provisions:

Learn more about the proposed HOS changes and the public comment period.

Ready to drive for a carrier that values your time?

Search Driving Jobs Near Me

Schneider is proud to announce the upcoming deployment of tablets to most Schneider drivers. Here...