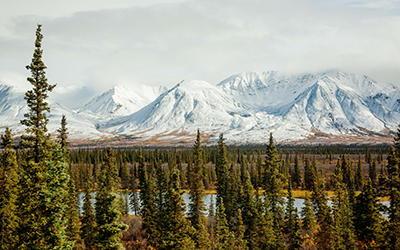 They say that travel is good for the soul, and I must agree. It is educational and inspiring in so many ways. I love to travel; I sought employment in the transportation industry for a change of pace – a temporary respite. However, the perpetual journey has enthralled me and facilitated my tenure at Schneider for nearly 16 years.

My adventurous proclivities have guided me to the summits of several of Colorado's 14,000-foot peaks, the length of the 472-mile Colorado Trail, to all of the 48 contiguous states, abroad in exotic destinations such as China and Japan and, most recently, to Alaska.

My Alaska travel adventures started last September when my friend Walt and I boarded a cruise ship in Vancouver, BC, bound for Alaska via the Inside Passage. This is an excellent way to experience Alaska's coastal cities, as some have no ingress other than by air or sea. There are no roads leading to the capital city Juneau, for example. The ship moors in various ports of call each day, during which you can engage in shore excursions to explore the region and experience the local culture.

Our first stop was Ketchikan, renowned for its Native art and stately carved totem poles. Here, we took a Zodiak boat tour around the myriad islands that dot the area. The region is home to a great number of harbor seals and American bald eagles, and the terrain is particularly rugged. The skies were overcast and rainy, as is common fare for much of Alaska during most of the year. Yet, inclement weather often yields the most dramatic photographs. Unfortunately, my best efforts to keep my camera dry were unsuccessful. Desperate hair-dryer-related recovery maneuvers kept it working for the remainder of the trip, but its slow demise was inevitable. 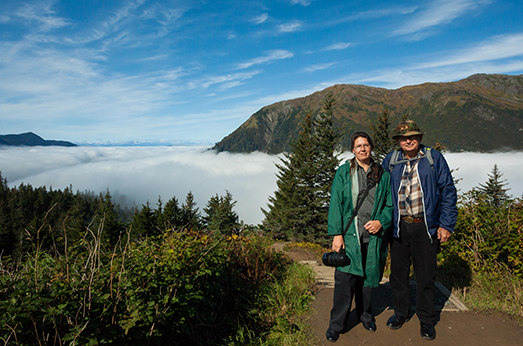 The next port was Juneau, capital city of Alaska. One of the most rewarding aspects of the trip was the time we spent atop Mt. Roberts. A tram ascended 1,800 feet, transporting us above the clouds and rain into a lovely veiled paradise. We listened to historical mining sagas portrayed in lyrics by a local musician and hiked in a magical forest beset by the encroaching mist from below. Later, we visited the Mendenhall Glacier, toured a salmon hatchery and attended a salmon-bake.

The remote town of Skagway – "Gateway to the Klondike" – was the supply point for 19th century gold seekers headed into the Yukon Territory. Its proximity to the only viable traverse inland made it an important fixture in the mining community. Today, it is a site of historical significance and the hub of the scenic White Pass Railroad. After exploring the town, Walt and I boarded a fishing charter in Chilkoot Inlet. Walt is an avid fisherman, but I prefer to spend my time behind the lens surveying the landscape and the local wildlife.

Eventually on our Alaska travel adventures we sailed into Glacier Bay and College Fjord, two of earth's natural wonders. I have never before experienced ice on this scale. The glaciers are immense flows that meet the sea in a dramatic jumble of jagged monoliths. Riven with deep fissures, they appear blue. The unusual hue is the result of unfathomable compression, squeezing every light-scattering air bubble out of existence. Every color in the light spectrum is absorbed except for blue. 1 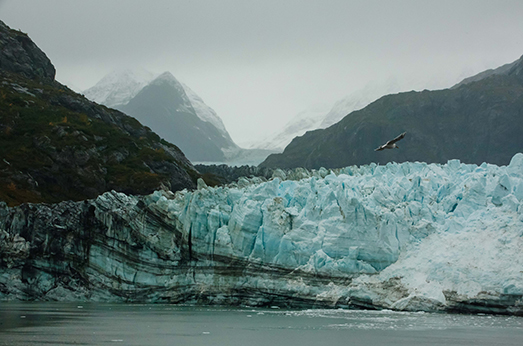 At Whittier, we disembarked the ship and boarded a train bound for the Interior and Denali National Park. The nine-hour journey was mitigated by the remarkable scenery, a dining car serving Alaskan delicacies such as reindeer sausage, and an amusing and informative commentary provided by cruise line personnel. By September, Denali was already in the grip of winter, and heavy snow precluded some activities. However, we were fortunate to hear some cultural stories told by Native Alaskans, as well as to attend a performance of The Music of Denali at a dinner theatre during our visit.

We concluded our Alaska travel adventures in Fairbanks, where we learned some interesting facts about the Trans-Alaskan Pipeline and visited Gold Dredge #8. We also received some instruction in gold panning and made $18 in the process. In addition, we boarded the stern-wheeler Discovery III on the Chena River, where a bush pilot demonstrated take-offs and landings in a seaplane. We viewed a summer dog-sled training exhibition from the upper deck of the boat, as well, and toured a village where we learned about the lifestyles of Native Alaskans.

As professional drivers, we are granted a unique opportunity to expand our minds with fresh experiences every day. Consider turning off the television once in a while and using your down time to explore the wider world around you. Plan an excursion to an attraction along your route, visit a museum or simply take a hike. You may encounter something new and the benefits will last a lifetime.

What was your favorite vacation destination, and why? 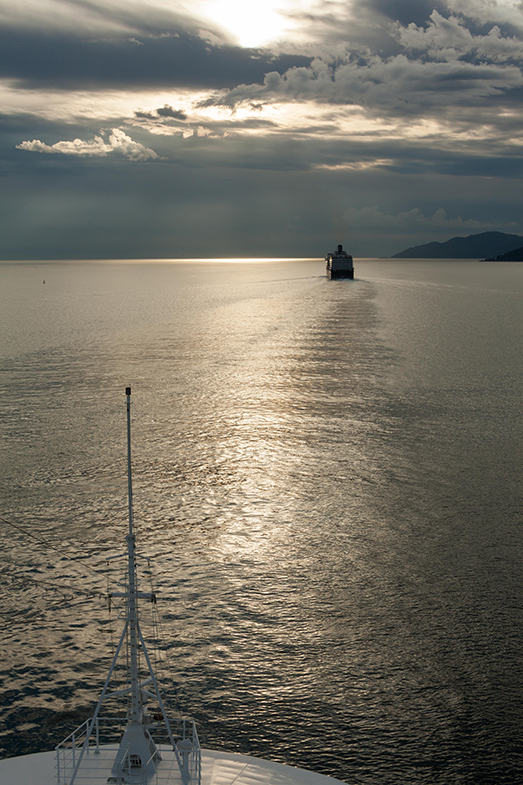 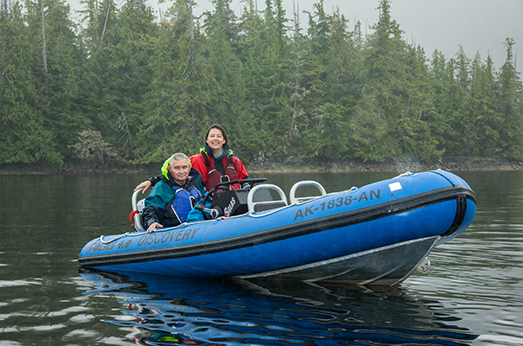 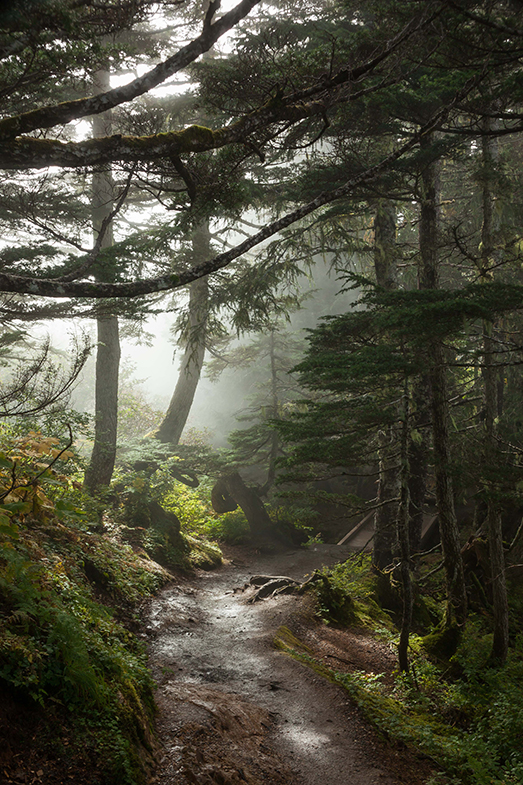 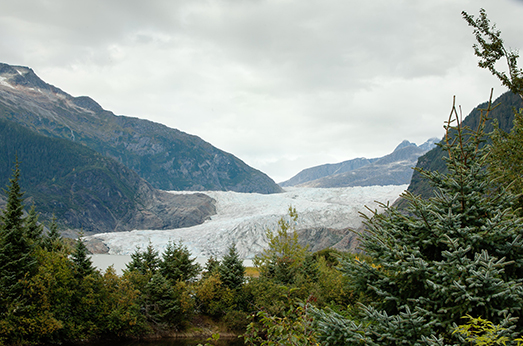 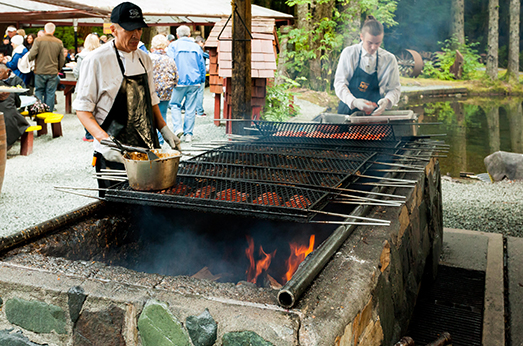 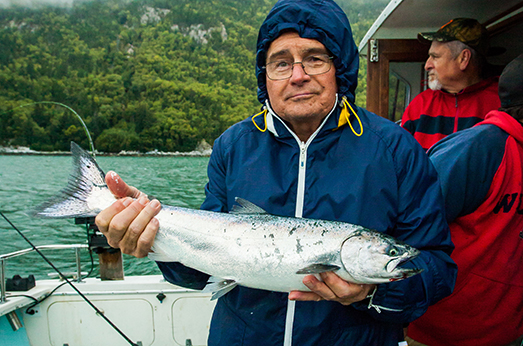 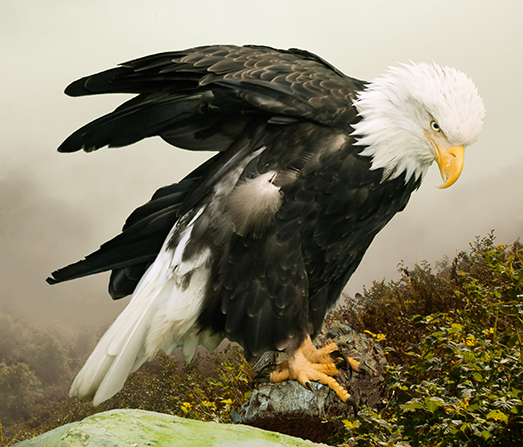 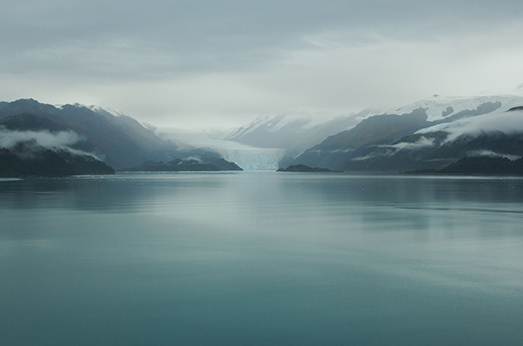 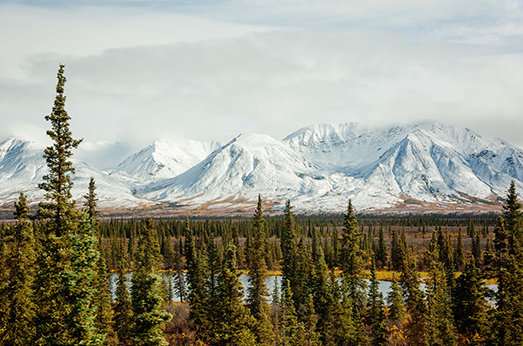 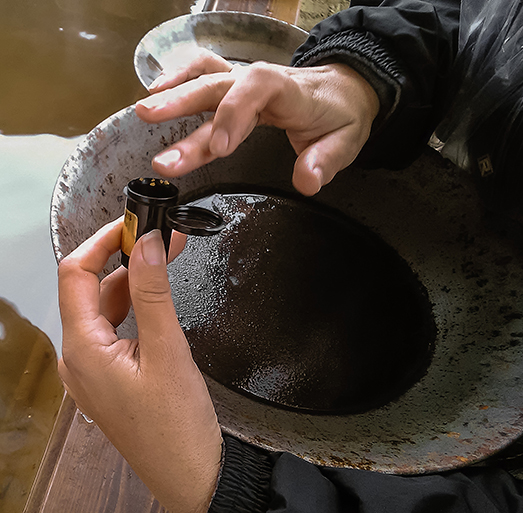 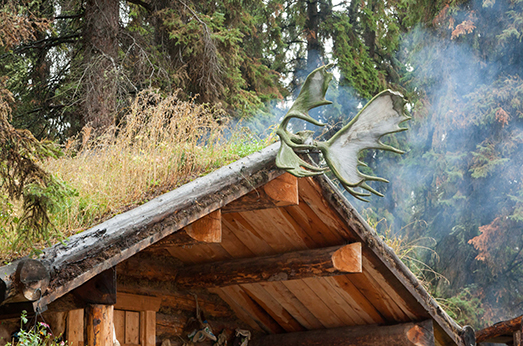 Travel the country as a truck driver!

Apply for a truck driving job at Schneider and see where the road could take you!

A driver in the Schneider organization for more than 15 years, Deva Kaiser is accustomed to travel. Growing up amongst Colorado’s legendary Rocky Mountains, instilled an ardor for the natural world and propagated an adventuresome character. A desire to preserve the essence of many wilderness forays ignited an interest in photography. A month-long excursion throughout China and Japan in 2008 suggested possibilities of practicing photography professionally. In 2009, she embarked upon the pursuit of a Bachelor of Science degree in Photography from the Art Institute of Pittsburgh, graduating with honors in January 2014.

Diver and training engineer Kellylynn McLaughlin is representing Women in Trucking and Schneider at...

From being in the U.S. Army to being Schneider's 2014 Ride of Pride driver, military has always...

A group of Schneider Tanker drivers have helped a unique customer's need of getting agrochemical...
Job Alerts