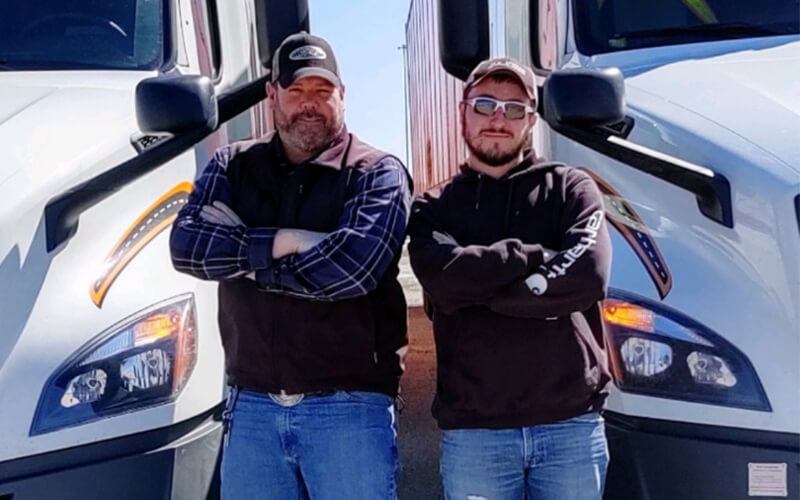 Schneider drivers Mike Schoenhofer and Cameron Haaga are always challenging one another to do better at their jobs.

Mike and Cameron are not only drivers for same Schneider Dedicated account, but they are also father and step-son. Although they are not team drivers together, they do manage to run into each other multiple times per day because of the account they are on.

“Having my dad on the same account as I is something I enjoy just as much as the job itself,” Cameron said. “We run into each other at the yard in the morning, occasionally at the scale, at the drop point for the relay and again in the yard at the end of the day.”

How Mike and Cameron got into truck driving 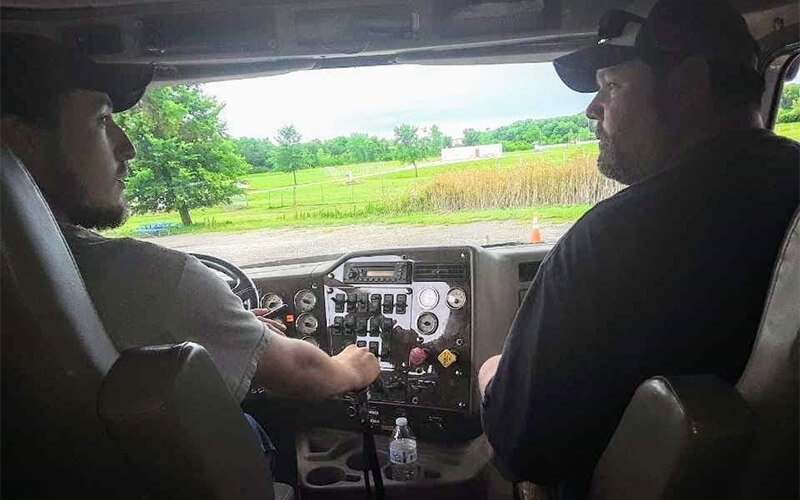 Prior to becoming a truck driver, Mike Schoenhofer was in law enforcement for 14 years as a police and training officer. Right before he turned 50, Mike decided to start looking for a new job that paid well but was less physically-demanding. He earned his CDL and started truck driving.

After driving for a couple years, Mike became a driving instructor at a CDL training school. During this time, Mike was given the opportunity to introduce his step-son, Cameron Haaga, to truck driving – an opportunity that changed Cameron’s life.

“When Cameron started with me as a student, I couldn't believe how he took off,” Mike said. “He blew through school with no problem and immediately started driving and bringing home a paycheck for the first time in his life that he could be proud of. As a father, when you see your children succeeding, there is no greater joy. I think Cameron was born to be a driver.”

Making their way to Schneider 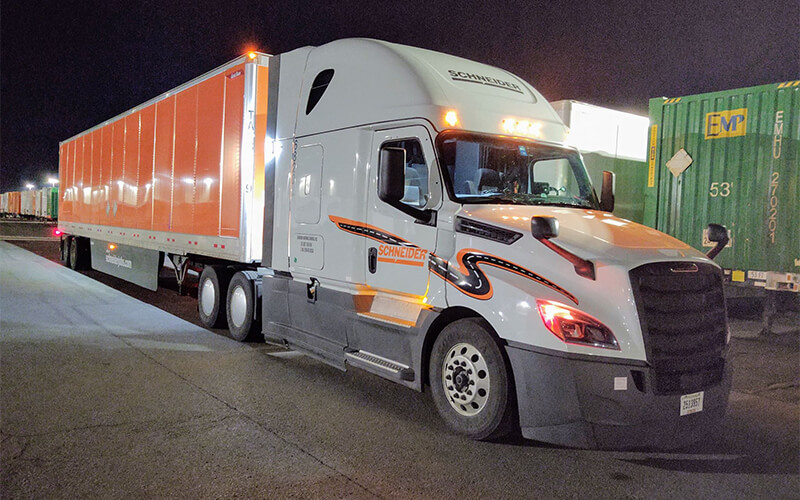 Schneider had been on Mike’s radar for a while, as Schneider recruiters often visited the CDL school he worked at. Mike said he kept his eye on SchneiderJobs.com and, when a job became available in January that both he and Cameron were interested in, they applied for it immediately.

“The account we are on today provides a lot of flexibility and has optimal home time,” Cameron said.

Making the switch to Schneider has been beneficial for both he and Cameron in other ways as well, Mike said.

“Since I am older and wiser, I’m able to help the youngster along,” Mike said. “In return, he helps the old man out with the electronic equipment that we have in our trucks.”

Both Mike and Cameron said they look forward to their future as truck drivers at Schneider. They are excited about the opportunities Schneider offers – both in trucking and the business side of the organization – and to put many more miles behind them.

“I love being a truck driver because, I not only get paid to drive, but I also have time to reflect and have peace from the chaos of life,” Mike said

Dedicated driving opportunities are out there.

Dedicated truck driving at Schneider provide the consistency most truck drivers are looking for. Learn more about our Dedicated division and find a job opportunity that works for you.

Father and son Rick and Ricky travel the country as Schneider Team drivers to help each other...
Job Alerts