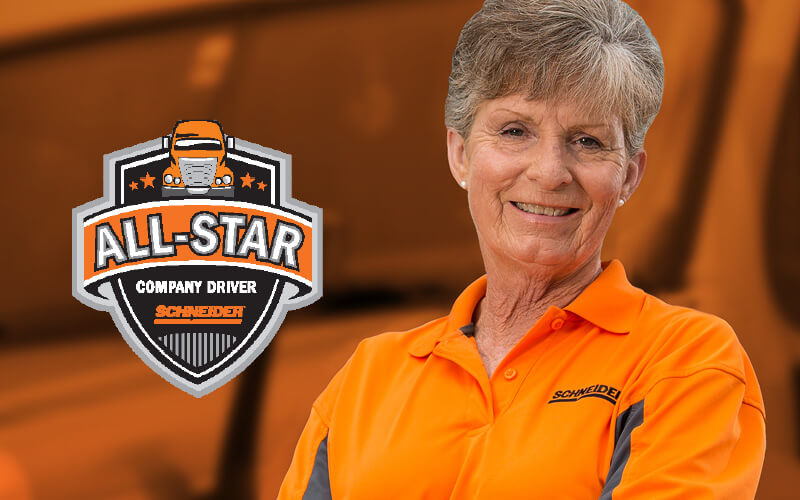 She wanted a change of pace, so she started researching new career paths. Coming from a family of drivers, it seemed only natural that she give truck driving a go herself.

Over one-and-a-half million miles at Schneider and two decades of driving later, All-Star driver Fay is still loving her life out on the road.

Why she joined the trucking industry

With her children grown and nothing tying her down, Fay set her sights on switching to a career that would help her recharge. She knew from experience that truck driving could help. Fay’s parents were truck drivers and her three brothers are all owner-operators.

With a love of driving and traveling, Fay started her truck driving journey in 2000 at a small local company that helped her obtain her CDL. Shortly thereafter, Fay turned to one of her brothers for a new driving opportunity.

She spent three years working for him, hauling loads from auctions. After several years, Fay realized heavy hauling was ultimately not her path and decided to switch to Van Truckload.

That’s when her driving career at Schneider began.

What keeps her at Schneider 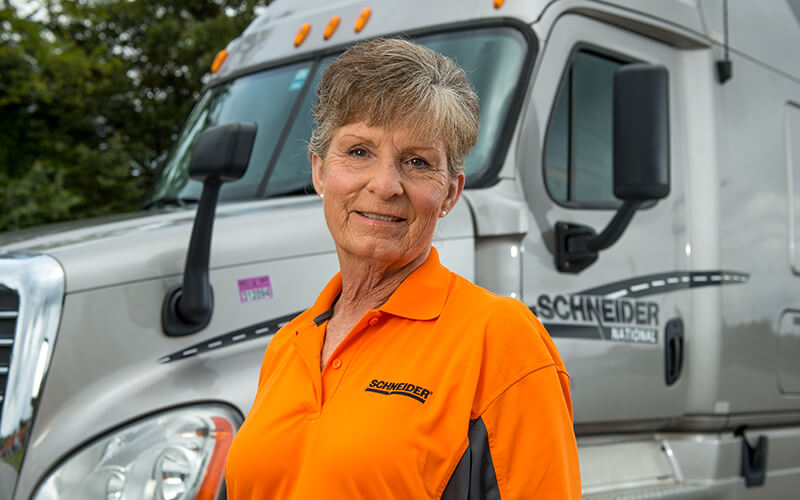 Fay searched for an established company with demonstrated tenure and came upon Schneider’s website.

“It’s incredible that Schneider has been in business for over 80 years,” Fay said. “Plus, I could tell from its website that Schneider really did live out its core values.”

Fay started out at Schneider in 2003 as an OTR driver and has been working closely with her team ever since.

“There’s great communication at Schneider,” said Fay. “I’ve been working with the same leader for years. If there’s an issue, I can get an instant answer or confirmation.”

In addition to having a supportive team, Fay said she finds real satisfaction in her job every day.

“I love the challenge of getting a load delivered on-time and satisfying the customer,” Fay said. “I have a daily feeling that I’ve done something right.”

How she rediscovered her passion

Being able to see the country has also been one of the highlights for Fay as a truck driver; it’s the main reason why she continues to drive OTR instead of regional or local.

“I like going places and getting a change of scenery,” Fay said. “I’ve been to Canada and really enjoy driving in the southern and western states.”

Fay looks forward to retirement someday but will work as long as she’s able. After all, she has more than 10 grandchildren she enjoys bringing out on the road to see the country with her, and she isn’t willing to give that up just yet!

Interested in seeing the country? Want to experience the freedom of the open road? Over-the-Road driving may be just the driving style for you.

Monica Abdul-Rashid: Taking a leap of faith as a truck driver

When Schneider All-Star Monica Abdul-Rashid became a truck driver in 2011, she didn't expect she...