Monica Abdul-Rashid: Taking a leap of faith as a truck driver 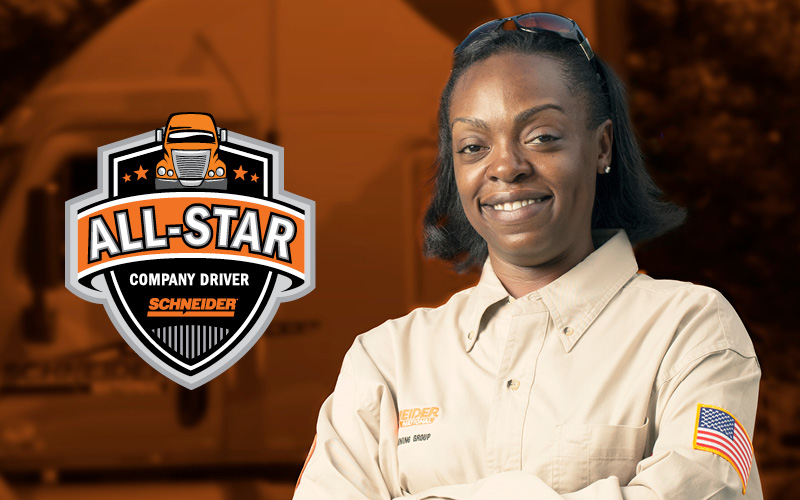 Monica Abdul-Rashid took a leap of faith when she decided to become a truck driver in 2011. This life-changing decision helped Monica take control of her future and put the past behind her. She hasn’t looked back since.

After she left her job as an ATM technician in 2011 to drive for a transportation company, Monica quickly learned she loved the freedom she experienced with trucking and decided to stick with the career.

Today, Monica is a Driver Instructor out of Schneider’s Atlanta, Ga. facility and is considered an All-Star on the Schneider team.

Making the switch to Schneider

A persistent former co-worker-turned-recruiter is the reason Monica is driving orange today. The recruiter convinced Monica to try working for Schneider, and she is still happy she chose to make the switch.

“I really like it here,” Monica said. “I’ve driven for other companies and no one is like Schneider.”

Part of what makes her job enjoyable is the leadership and kindness of the DBLs who work for Schneider, Monica said.

“Your DBLs make your job,” Monica said. “A wonderful DBL truly cares about you, and that helps you enjoy your work.”

Monica said she also appreciates the respect she receives from dispatchers at Schneider.

Finding success on the road 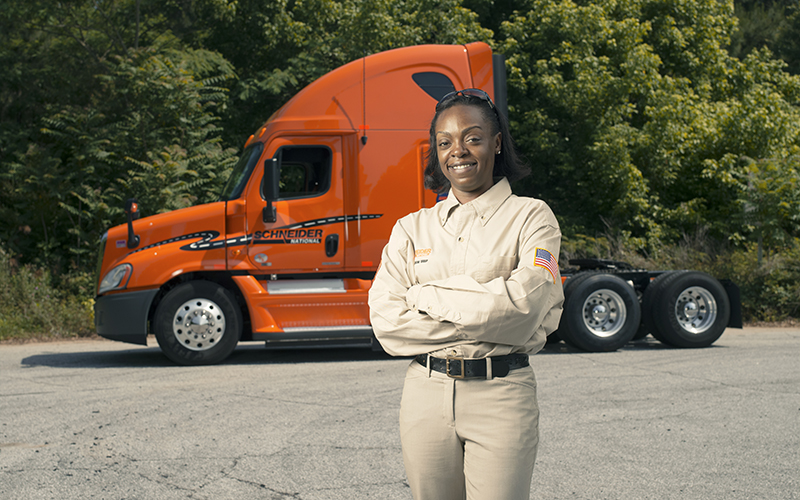 Monica started at Schneider in June 2012 as a Regional Van Truckload driver. She stayed in this role for two years.

One of the things she enjoys most about being a truck driver is the challenge of putting a smile on a customer’s face, Monica said.

“Sometimes they’re having a bad day, but if by the end of the transaction they’re a different person, I’ve succeeded,” Monica said.

The value Monica finds in receiving proper training is what lead her to eventually become a Driver Instructor in 2014; which is the same role she is currently in today.

Seeing a future at Schneider

Monica said she sees plenty of opportunity to go far with Schneider. Within seven years, Monica has already experienced a lot of career progression, from starting as a driver to advancing to a driver instructor and accumulating over 200,000 miles along the way.

And staying at Schneider is exactly what she plans on doing.

“I aspire to continue moving up within the company,” Monica said. “That’s my goal.”

Ready to make a career change?

Search for open positions near you and see how a truck driving job at Schneider will open doors to opportunities.

Find a Driving Job Near Me

From company driver to owner-operator and back to Schneider as an intermodal driver, All-Star Kevin...