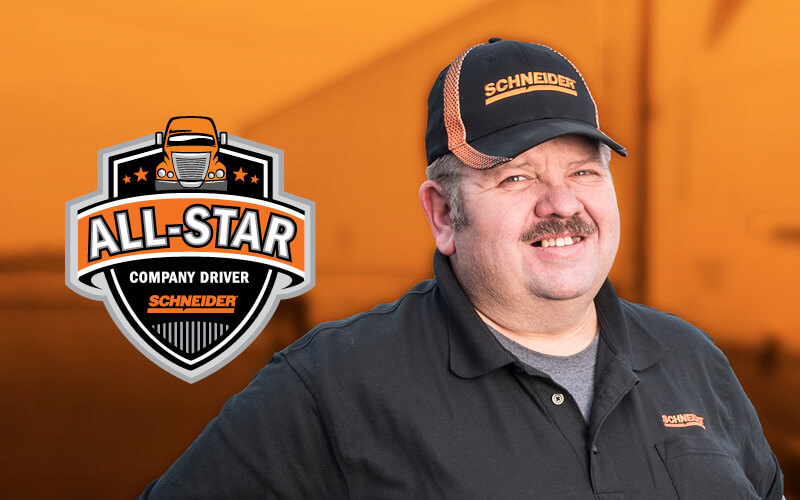 Schneider Van Dedicated driver Bill Mahanes has just about seen it all in the nearly three decades he has been with Schneider.

From the mountain bighorn sheep standing along the road in Vail, Colo. to the whitetail deer in the Midwest, the amazing sights are a huge reason why All-Star driver Bill loves being a truck driver.

However, what sticks with Bill the most and what keeps him moving forward is how his actions as a truck driver have the chance to make a difference in someone else’s life.

Inspired by the best

It was not a surprise when Bill decided to become a truck driver. He grew up in a family full of them.

“My grandpa would tell me his stories from the days of hauling on the two-lane highways,” Bill said. “My uncle was a driver for Schneider and would bring his truck home. I would wash it for him when I was 13 or 14 years old.”

Bill’s act of washing his uncle’s truck even led to the opportunity of meeting Schneider’s founder, Al Schneider.

“Once we picked my uncle up in Dayton, Ohio, and Al Schneider was there,” Bill said. “He asked me what I used to wash my uncle’s truck because it always shined.”

A handful of years later when Bill graduated high school, he joined a smaller trucking and then transitioned to a small LTL company for a short time before he joined Schneider in February 1990.

Bill hasn’t looked back since.

Part of the team 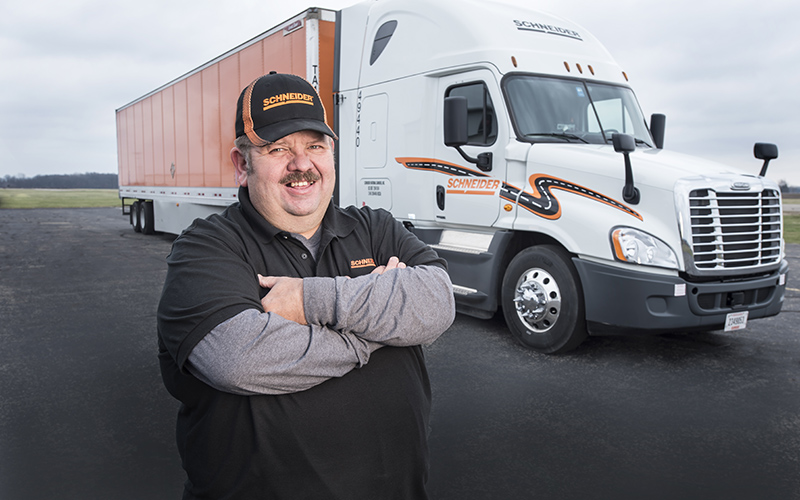 With well over 2 million safe miles, Bill has seen and still appreciates the way Schneider treats its drivers.

“I’m not a number at Schneider, I’m a person,” Bill said. “When you have people who ask how you are or wish you a happy birthday or a happy anniversary, that means a lot.”

Bill also enjoys the different opportunities he has had during his time with Schneider. He has worked as both a driving instructor and training engineer.

“As an old timer, I have the chance to jump in and help the youngsters,” Bill said. “We go into training terminals where the new drivers are and share our advice with them and talk to them. They really listen to us, too.”

Bill also knows Schneider values his input and the input of other drivers when it comes to training.

“Schneider offers some of the best training around,” said Bill. “They listen to us experienced drivers and get ideas for training. They’re always upgrading trucks to make it easier for new drivers to learn.”

One of the biggest things a truck driver needs to keep in mind is his/her family. Bill emphasized the importance to making phone calls to the family and staying updated on what’s happening back at home.

His wife, Cindy, knew what she was signing on to when she married him, and her support of him being out on the road is one of the reasons their relationship works so well. In addition to her support, Bill never skips an opportunity to call his wife from the road.

“Call your loved ones at home and tell them you love them,” says Bill. “You need to support your family as much as they support you.”

Learn more about what being a dedicated truck driver consists of and what the benefits of hauling freight for one customer are. You’ll like what you read.

Not only is Schneider 1.2 million-mile dedicated driver Tim Marino an All-Star, but he's also an...

From farm fields as a child to highway lanes as a truck driver, All-Star driver Stephanie...
Job Alerts