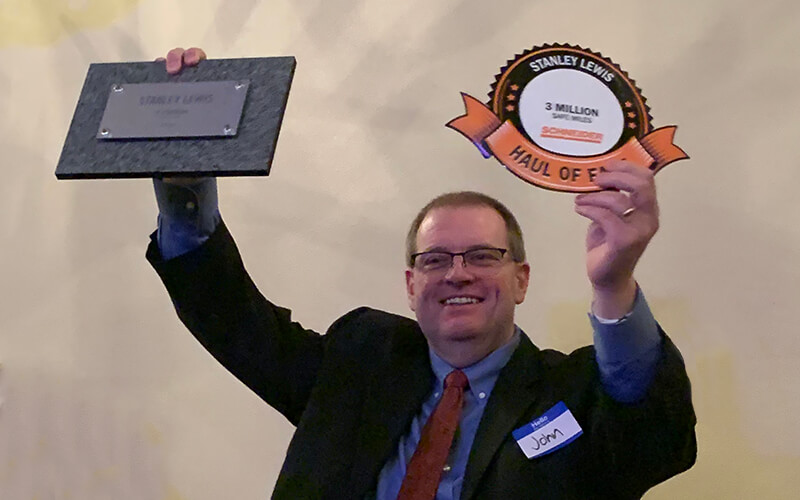 Schneider is a great home for experienced truck drivers, as proven by over 6,000 drivers with over 1 million consecutive safe miles in company history.

Plus, Schneider offers a truck driver rewards and driver loyalty program to make that experience pay off and show appreciation. Some items may vary by type of driving job but in general include the recognition below — in addition to our competitive pay and benefits package. 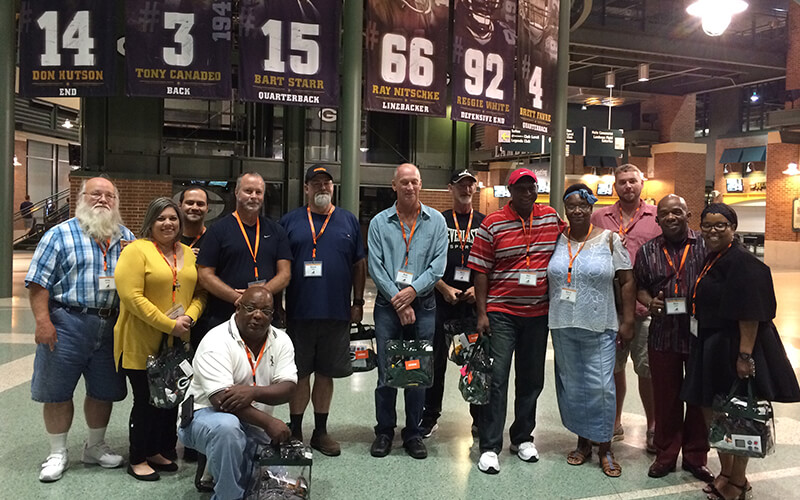 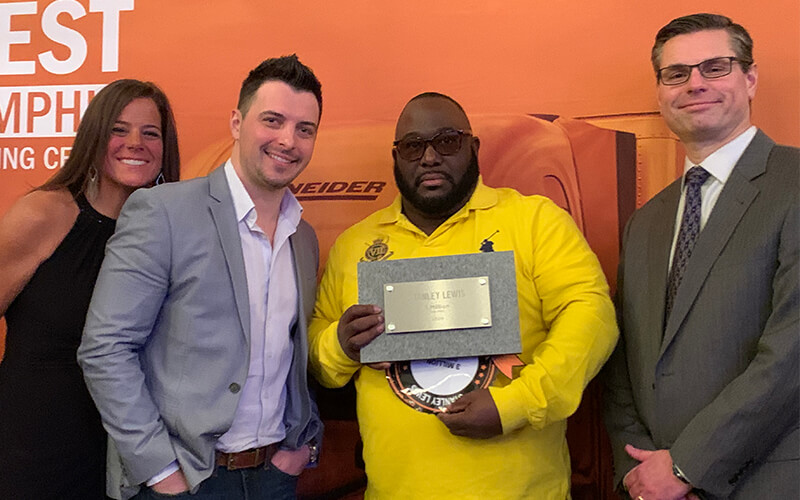 Schneider drivers who consistently demonstrate our culture of safety through their actions are recognized with one of three truck driver awards:

Award winners — past and present — are invited to bring one guest to a dinner banquet in which they’ll receive a commemorative plaque, jacket patch, truck decal and reward points for other incentives.

When you’ve reached certain longevity milestones — six months; one, three and five years; and then every five years after — you will be eligible for driver recognition points, which can be used at the online company store for shirts or to put toward a jacket (jacket options begin at one year). 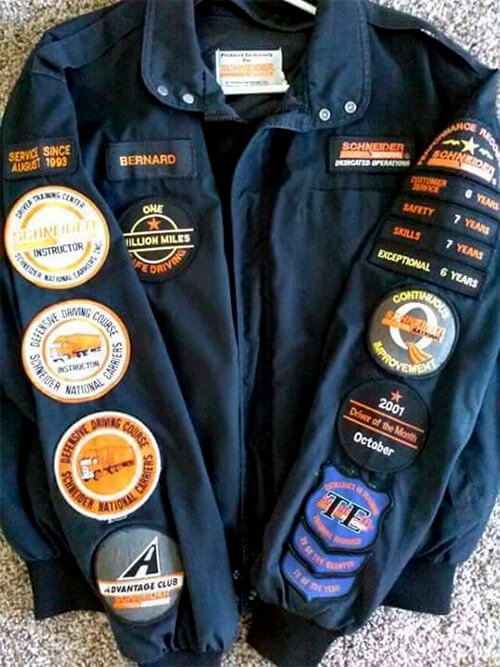 Drivers receive patches for reaching a variety of milestones, and some are specifically designed to be added to the award jacket they have received. Availability of patches varies by driving opportunity, but generally speaking, they are given for:

Schneider has collaborated with a major truck stop chain to offer truck driver rewards in conjunction with their loyalty points program. The reward program card and app includes offers like: 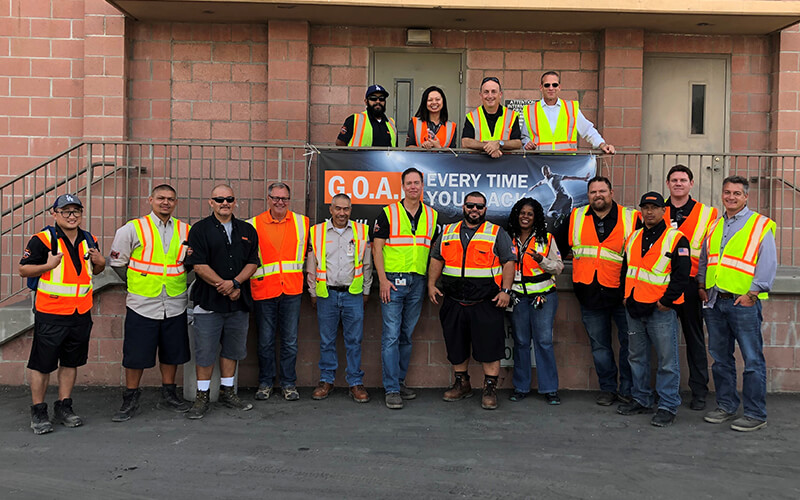 Driver Associate Appreciation Days are held in September to coordinate with National Truck Driver Appreciation Week. The events vary by location, but most major facilities offer food, refreshments and prize giveaways. Leaders are on site to say thank you in person and to celebrate collective achievements. 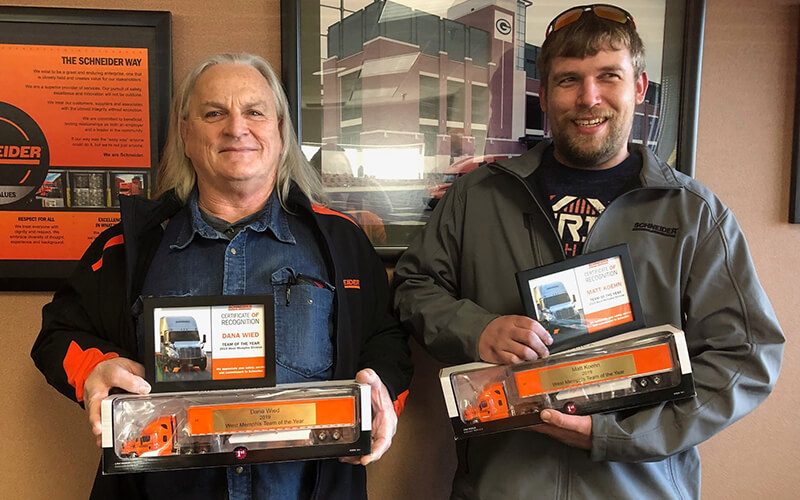 The Driver of the Month program recognizes individual drivers for superior performance on a monthly basis. This award is managed and facilitated at the local level, so implementation may vary. Drivers can ask their driver leader for local details. 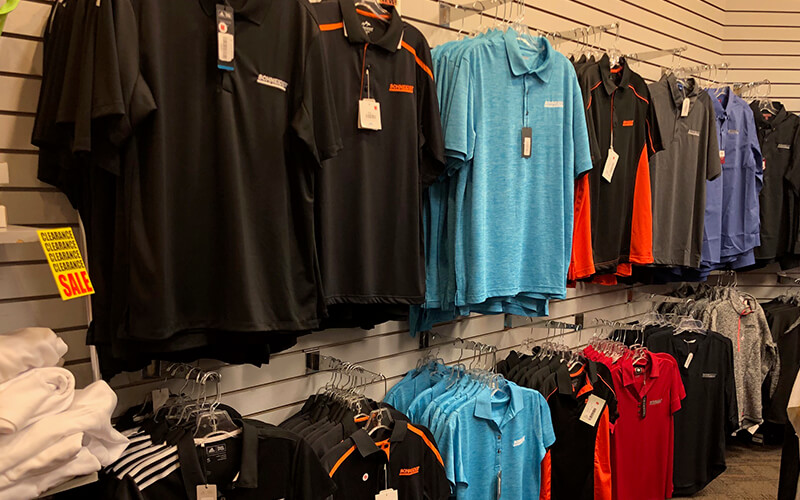 You automatically receive recognition points for milestone anniversaries (in five-year increments), and some areas award additional points for other milestones. Those points can be used in the online Schneider store to select merchandise from thousands of choices.

Schneider works with a vendor to offer exclusive discounts at some of your favorite national and local merchants. You can discover thousands of great discounts.

Details on this, all the other truck driver rewards and driver loyalty program items can be found by current Schneider drivers on Schneider’s Compass app and platform.

Ready to get your truck driver rewards?

Schneider respects drivers and rewards them through the Advantage Club, exclusively for company...
Job Alerts